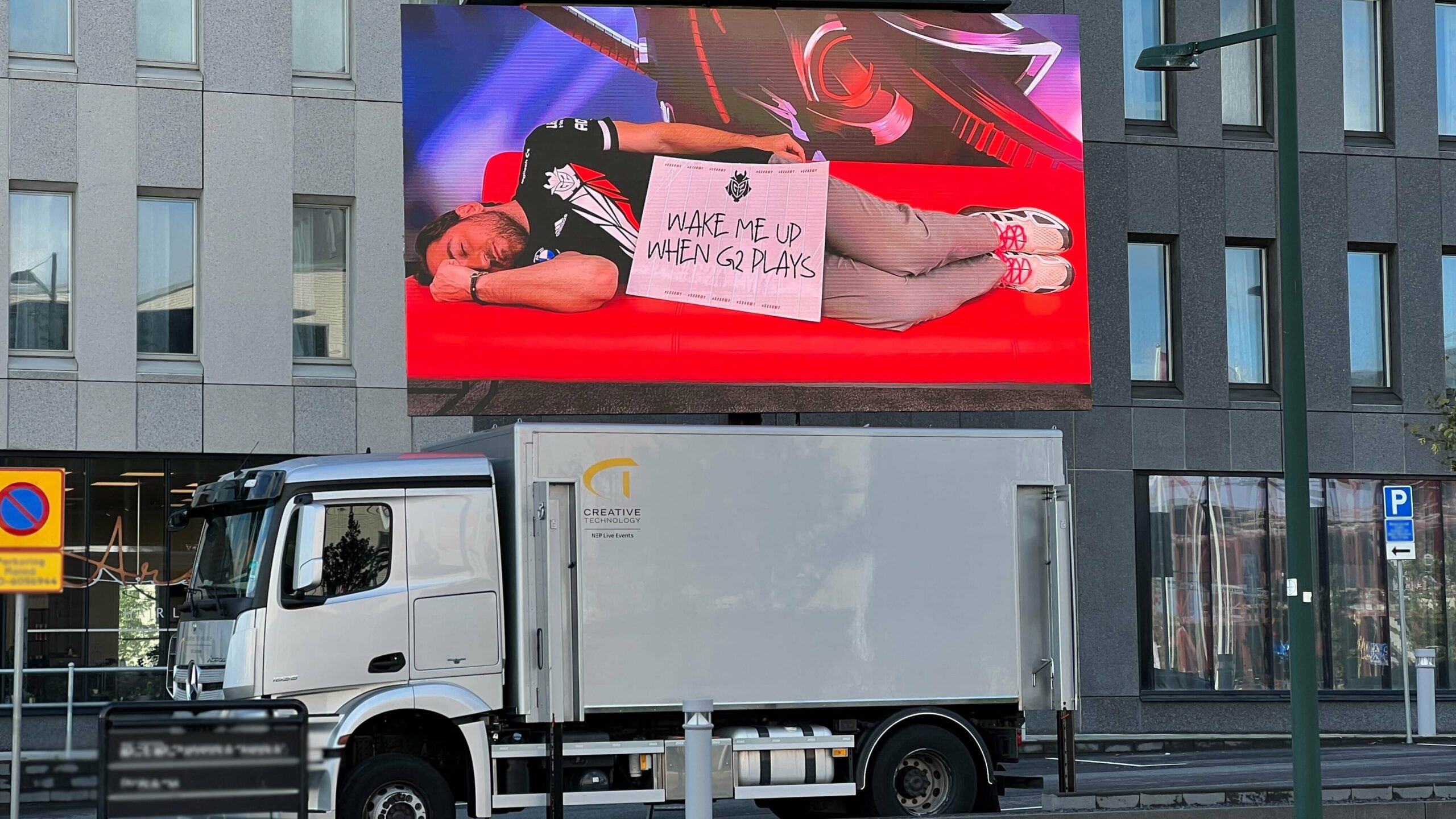 Mad lads G2 Esports have done it again: this time, they have imported the truck meta straight from South Korea’s LCK to Europe’s LEC. As a result, LEC fans can behold the sight of G2 owner Carlos “ocelote” Rodriguez Santiago sleeping.

The practice of hiring trucks to pass messages to teams is part of the LCK’s parcel, as fans took to hiring LCD-mounted trucks and post them across a team’s headquarters to relay discontent. Usually, the practice is used as an overreach, with many western fans being as concerned as they would be intrigued by the practice.

By contrast, G2’s use of the truck is pure banter. As the team doesn’t play on Saturday, Sep. 10, the message is typical G2 ocelote brashness: “Wake me up when G2 plays.”

Of all the things to import from Korea, G2 imported the truck meta

As G2 Esports were unsuccessful in signing top-tier Korean players (because they never tried), they have opted to sign the MVP of the summer season: the “truck meta.”

In a way, the truck had a solid success rate: T1 and DWG KIA, the two most popular teams to truck renters with an esports fandom, have made it to Worlds. Furthermore, T1 eventually made coaching staff changes as some of the trucks demanded.

At this rate, G2 might take their new hire to North America as they play in the 2022 World Championship’s group stage in New York City—which ocelote might call home at some point, by the way.

Update, Sep. 11: G2 are “celebrating their 3-0 week” ahead of the LEC finals against Rogue. This is not a drill.

This should be illegal, Riot. Are G2 allowed to play 6v5 at Worlds?