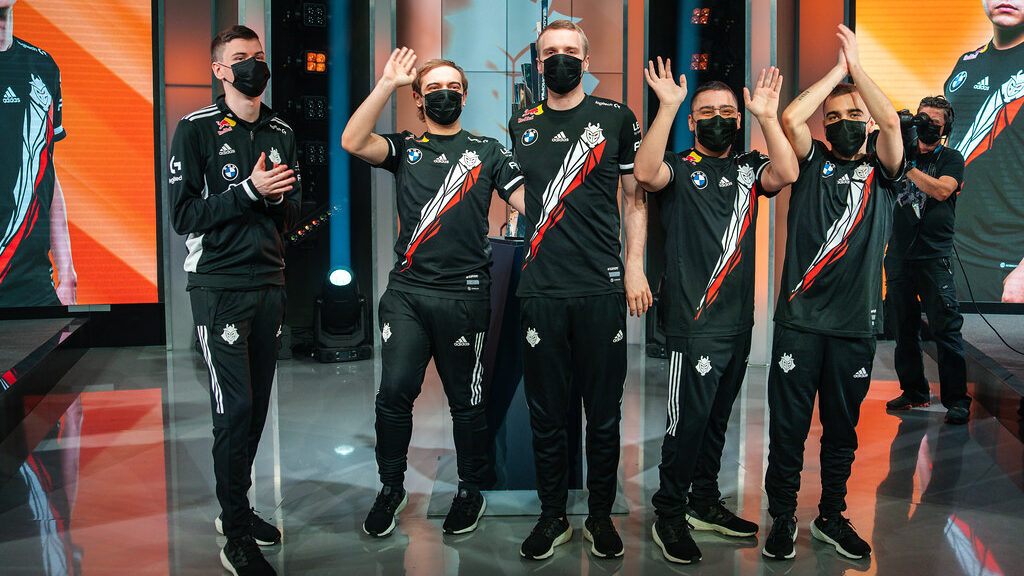 G2 destroy Rogue to qualify for the LEC finals in Malmö

G2 Esports are the first team to qualify for the LEC Finals in Malmö after defeating RGE in the 2022 LEC summer playoffs. G2 came in as a favorite during the upper bracket final and proved that they are the best team in Europe right now by clean sweeping Rogue 3-0.

With the win, G2 Esports have secured their 11th finals appearance in Europe, and will play on the big stage in Malmö. Their opponent is yet to be decided as Rogue will face off against the winner of Fnatic and MAD Lions in Malmö. Also, G2 have secured their 2022 Worlds Group stage appearance, as they have secured either the first or second seed from Europe.

The LEC finals will be on September 9 & 10 in Malmö Arena.

G2 look unbeatable before the LEC finals in Malmö

G2 have established itself as the beast team in Europe, and the trend continues. Since that beating from Fnatic in the 2022 LEC Spring playoffs, they’ve looked like a different beast, and nobody comes close to them.

Their gameplay is so clean that it looks too easy. They are all on the same page, with their communication being unrivaled. Also, the synergy between all members is immaculate, and the experience makes the difference. Caps and Jankos are the best 2v2 duo in the region, and they proved it once again.

G2 had their problems in the regular split, but once again, they figured them out when it matters. Rogue were nowhere near close to G2’s level today.

Dylan, we have to go Varus

During Game 2, caPs decided to go with Varus in mid lane, in an attempt to counter RGE’s Azir. Despite the laning phase not going well, the pick proved to be vital for G2 Esports in the latter stages of the game, and they ended up winning. Varus’ arrow damage was a sight to see.

Caps is notorious for “spicy” picks, and this was one of them. In the post-game interview, G2’s coach Dylan Falco mentioned that caPs went for the pick because he saw it on YouTube and thought it was powerful.

At this point, give caPs whatever he wants. His mechanical ability is insane, and he will be the one carrying you.

Regarding the “pick” topic, one thing is sure: Senna will be banned in the finals after Targamas’ masterclass performance against Rogue.