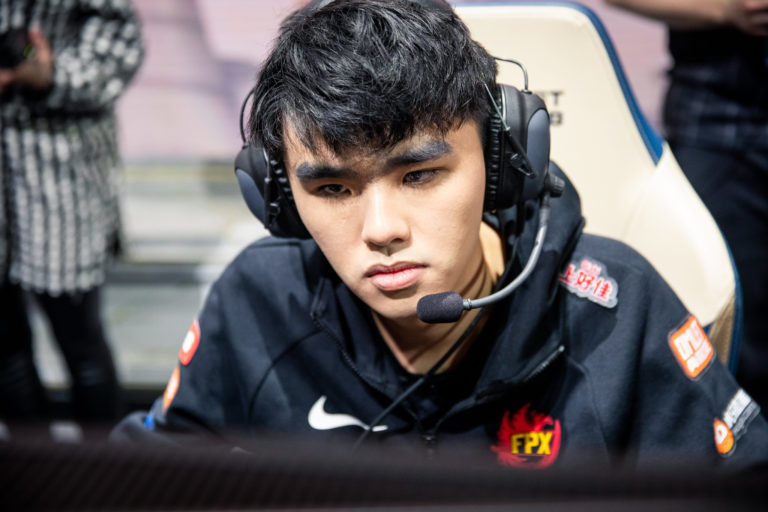 It has been a rough start to the 2022 LPL Summer Split for the 2019 World Champions, FunPlus Phoenix, as they have yet to win a game.

The team might not be the same as in 2019, but its inability to win a best-of-three series despite its caliber and solid players is surprising.

FPX has faced the likes of EDward Gaming, Invictus Gaming, Royal Never Give Up, and Victory 5 so far this split. Although their opponents in those losses were tough, FPX’s form on Summoner’s Rift has been concerning.

The team has won two maps out of 14 so far, and has not managed to string two together to win a bo3. So, it sits at rock bottom in the 17-team LPL.

Despite not doing too hot during the spring split and barely reaching the playoffs, FPX have seemingly hit a new low in their summer start. At this pace, a playoff return already looks difficult.

To save the sinking ship, FunPlus Phoenix recently signed former Cloud9 top laner Park “Summit” Woo-tae. His aggression and playmaking could be what FPX needs to regain some momentum and start picking up some wins.

However, Summit has yet to play his first match for FPX. Given how things are going, he will hopefully debut soon.

Until then, the team will enjoy the company of Oh My God and ThunderTalk Gaming at the bottom of the standings. As a former winner of the Summoner’s Cup, it definitely isn’t the comparison they want to draw.

FPX will return to the Rift on Saturday, June 20. But man, it’s looking to be another rough one for Lwx and co.

Where is Super Carry doinb when you need him?