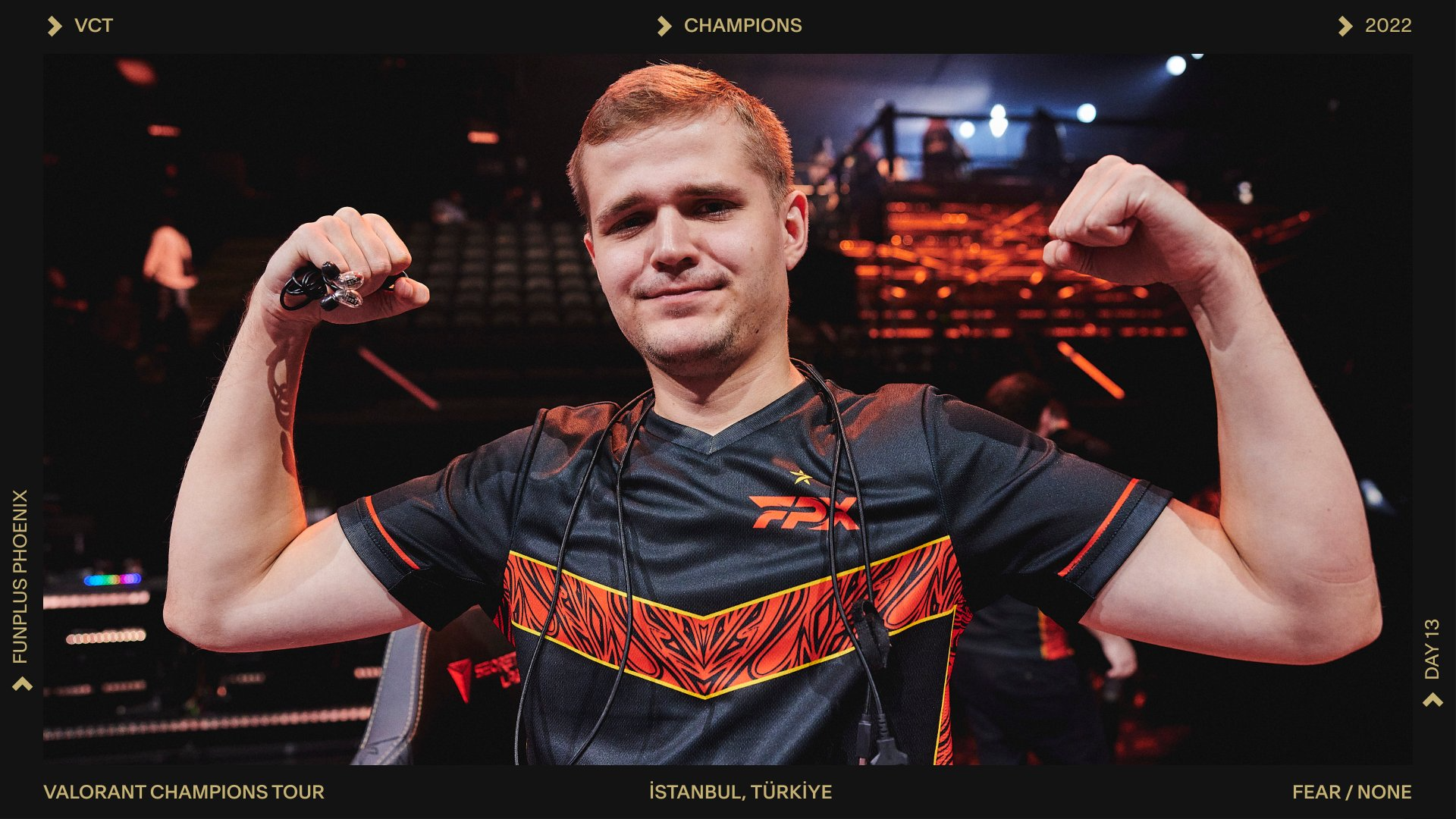 VALORANT Champions 2022 has so far been a treat for viewers.

The trend continued in the Lower Bracket as FPX faced off against NA hopefuls XSET.

The first map was to be XSET’s pick of Pearl. They would be hoping to repeat their heroics on the map from the first time they played FPX, rather than fall as they did to OpTic.

The biggest difference this time was set to be ardiis, who had trolled the first matchup by picking Cypher. He would this time be playing on Chamber, an agent who had been successfully utilized by every other team at the event.

It would in fact work out for ardiis, who top fragged after finishing 21-17. His opposing number, Cryocells, also picked Chamber after seeing repeated success on the map with the agent. Cryocells top fragged his own team, finishing 20-16.

Zekken once again proved Neon’s worth on the map during the second half. His 13-7 Defender side scoreline was key to stopping FPX from capitalizing upon their 7-5 halftime lead.

BcJ also continued his strong performance at Champions. While it wasn’t the same dominant 24-7 scoreline as he accrued in their first match-up, his 16-15 scoreline after a strong Defender side helped XSET take the map.

In the end, it came down to a 2v3 that FPX looked certain to win. Late round merchants SUYGETSU and Shao had the bomb planted and a strong crossfire set up to protect it. SUYGETSU found the first to take it to the 2v2 but was immediately traded, it was all left to Shao.

As BcJ used his Fade’s Haunt to reveal Shao’s location, he was slow to react to the info gained and fell to the Russian. Fortunately for XSET, Cryocells was on hand to trade and defuse the bomb to take the map win. The final score for Pearl was 13-11 in favor of XSET.

Next up was FPX’s pick of Bind, a map on which they are one of the strongest teams in the world.

After such a strong opening map from the pair, FPX’s main job would be to nullify the impact of Cryocells and zekken on Chamber and Raze. This is something they managed superbly well, as both ended the map negative and only managed 12 and 10 kills apiece.

XSET would have been feeling confident as they stormed to a 4-0 lead on their Defender side in the first half. BcJ, dephh, and AYRIN all had their moments as they did their best to hold back the onslaught of FPX.

Unfortunately for the NA side, however, they would not be able to hold on. Ardiis proved to be too much to handle as he put up a huge 212 ADR in the half. SUYGETSU also had a storming half, setting him up for the rest of the game. He would finish the half 11-8 after some hugely impactful rounds.

We dread to think what would have happened to XSET if Zyppan had come online. It was a quiet map from him in what is typically his best map.

As the score was 7-5 in favor of FPX at the halftime break, it was SUYGETSU who would step up to seal the deal on Defense. Beating Ardiis’ first-half ADR to have a monstrous second-half ADR of 225, SUYGETSU would end up map MVP with a 24-16 scoreline.

Ultimately, FPX’s Defender side was stronger than XSET’s, and they took the 6 rounds required to win the map 13-10. On a whole, the map is a testament to FPX’s incredible team play. Ardiis, SUYGETSU, and ANGE1 all finished with 10+ assists.

Moving into the third and final map of Ascent, both teams knew it was anyone’s game. FPX may have entered the favorites, but XSET had already proved time and time again at the event that NA could be bullied by EMEA no longer.

The young side of XSET would give it their all too, as zekken, Cryocells, and BcJ would all have stellar games.

FPX would again outclass XSET’s defense as the first half finished 7-5.

For a time, it looked like XSET would be able to do the reverse and outclass FPX’s defense. They came out the gates strong, winning five of the first 7 rounds to take the lead 10-9. FPX would respond with three strong rounds, the third of which was capped off with an excellent solo hold by Shao on the back of the B site.

XSET’s B hit looked extremely telegraphed, with ardiis well prepared on stairs to counter the brunt of the attack. As he missed timings thanks to a well-timed KAY/0 FLASH/DRIVE, however, once again it was left to Shao to deliver, and deliver he did.

XSET’s money may have been broken, but not their will to win. They responded with a fast play towards the A site, winning the round in the 2v2. It would all come down to the final round of regulation for the NA side to fight for their place in the tournament.

They looked to have done it too, as they took their Attack to A and were sitting pretty in a 3v2 postplant. SUYGETSU was reviving a downed Zyppan when dephh used his veteran experience to take the Swede straight back out of the game. He fell back into the site, the 3v2 on again.

AYRIN’s Killjoy Turret bugged as ANGE1 and SUYGETSU entered the site. This gave the XSET side incorrect info and allowed the FPX duo to mop up and take the map 13-11.

ANGE1 tweeted about the round afterward, clearly annoyed by calls from NA fans that the round should be replayed due to the bug.

He would end up with egg on his face, however, as Riot then decided the round would be replayed.

Not only would the round be replayed, but XSET would force overtime with a strong B site hit too.

Overtime was a bullish affair. Both teams said goodbye to their built-up strategies as it came down just to teamplay and pure fragging ability.

Fortunately, FPX kept their composure and won 16-14. We dread to think what would have happened had they then lost the overtime.

Unfortunately, what was already an incredible game of VALORANT will now be overshadowed by awful decision-making by its tournament organizer.

Ultimately, however, it was experience that won, even if FPX had to do it twice for it to stick. They showed incredible composure to not be tilted and still win the series after the shocking replay was called.

XSET are young and have proved they are dangerous. We’re sure with more time they’ll be able to push a tournament even further.

Riot have not just overshadowed this match but their entire tournament with a frankly absurd decision. Maybe just design the game better next time.