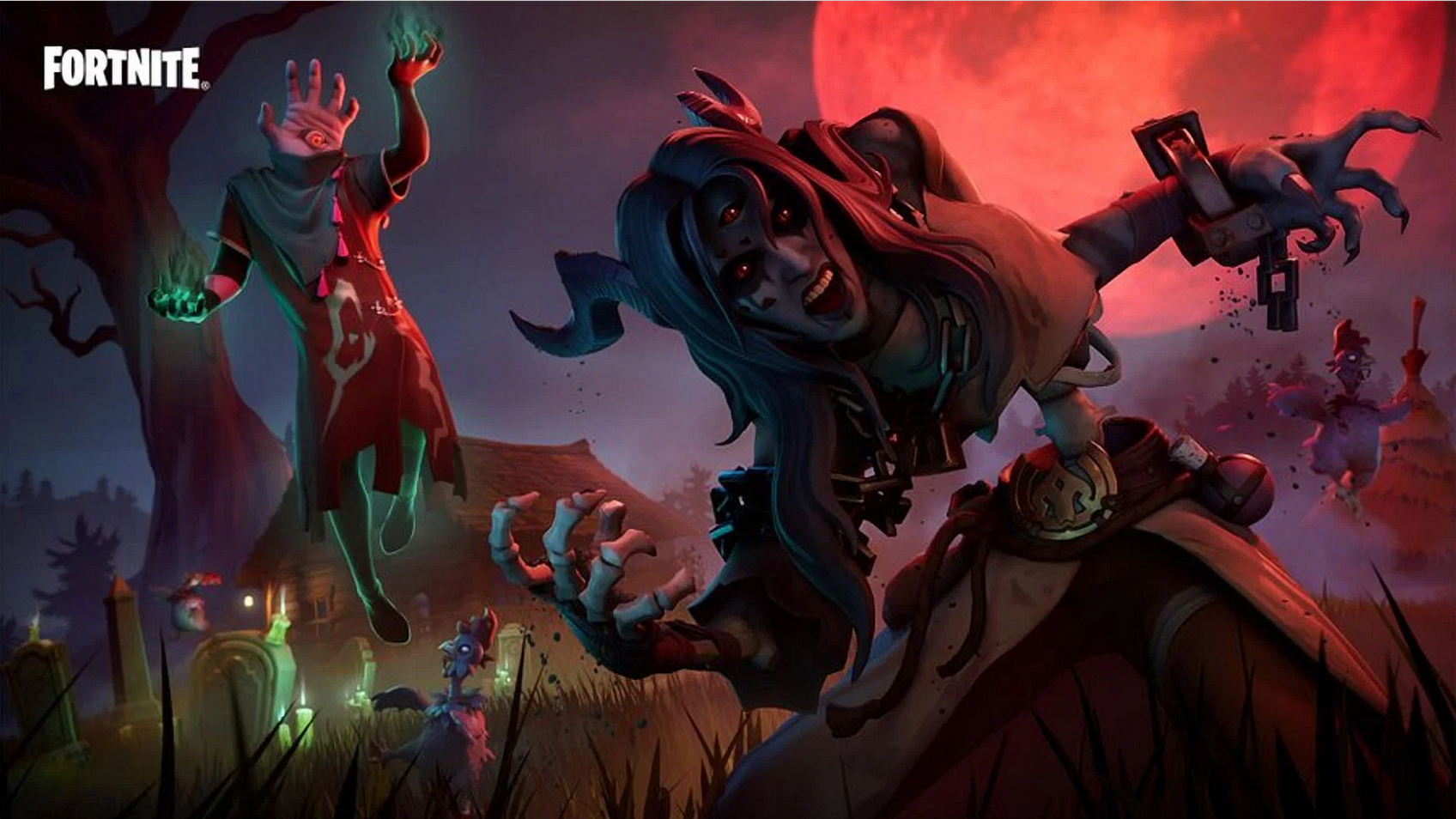 Fortnitemares has officially been announced to be included in the October 18th, 2022 update!

It has been leaked that there will be a Zero Build Horde Rush game mode added to the game. We can expect a combination of the Horde Rush quests from previous Fortnitemares, but with a zero build factor tied into it.

We might get a return of the Caretaker Cube Monsters that were introduced in Fortnitemares 2021 during Chapter 2 Season 8. If these Cube Monsters come back then we might also get the Sideways Portals and Sideways Weapons.

However, I expect the zombie-like characters will have some sort of Chrome effect on them. So, picture the Caretakers, but covered in a Chrome splash.

Returning spooky items that might be featured in tomorrow’s update, are the Pumpkin Shockwave Launcher, a Poison Crossbow, Witch’s Broomstick, and some edible treats spread throughout the map with different scary effects.

I’m not sure about you, but I’m most excited about the Pumpkin Shockwave Launcher. This weapon sounds like an absolute beast and should not be reckoned with!

Map changes are expected for Fortnitemares 2022. Reality Tree is expected to be overhauled and turned into a frightening tree.

The Blimp, which is currently outside Grim Gables, will also be moved to a different location on the map. Assuming the Blimp moves in the same direction, we might see it over by Lustrous Lagoon.

Because Reality Tree is the leaked location that will feature the biggest changes during Fortnitemares 2022. We can expect that a Halloween-themed boss will be within this POI.

Similarly, to Fortnitemares 2020 during Chapter 2 Season 4, when The Authority was replaced by The Ruins and a shadow version of Midas was added. With this in mind, a mythic Halloween boss is highly likely.

Finally, with every Fortnitemares there has been the addition of Fortnitemare challenges. We can expect that these challenges will be related to changes that happen to the items and the map.

Fortnitemares 2022 challenges will probably reward players with some XP. Other challenges are rewarding players with cosmetic rewards like Sprays, Emoticons, Emotes, Gliders, and Pickaxes.

Using previous seasons’ Fortnitemares challenges, it is safe to assume that there will be free cosmetics for those who dare to complete the scary challenges.

Fortnitemares 2022 will be the first Fortnitemares that has Zero Build; this means that this is an event you will NOT want to miss.

I hope to see you guys out there on the battlefield completing your challenges and earning yourself some free treats! Good luck out there.