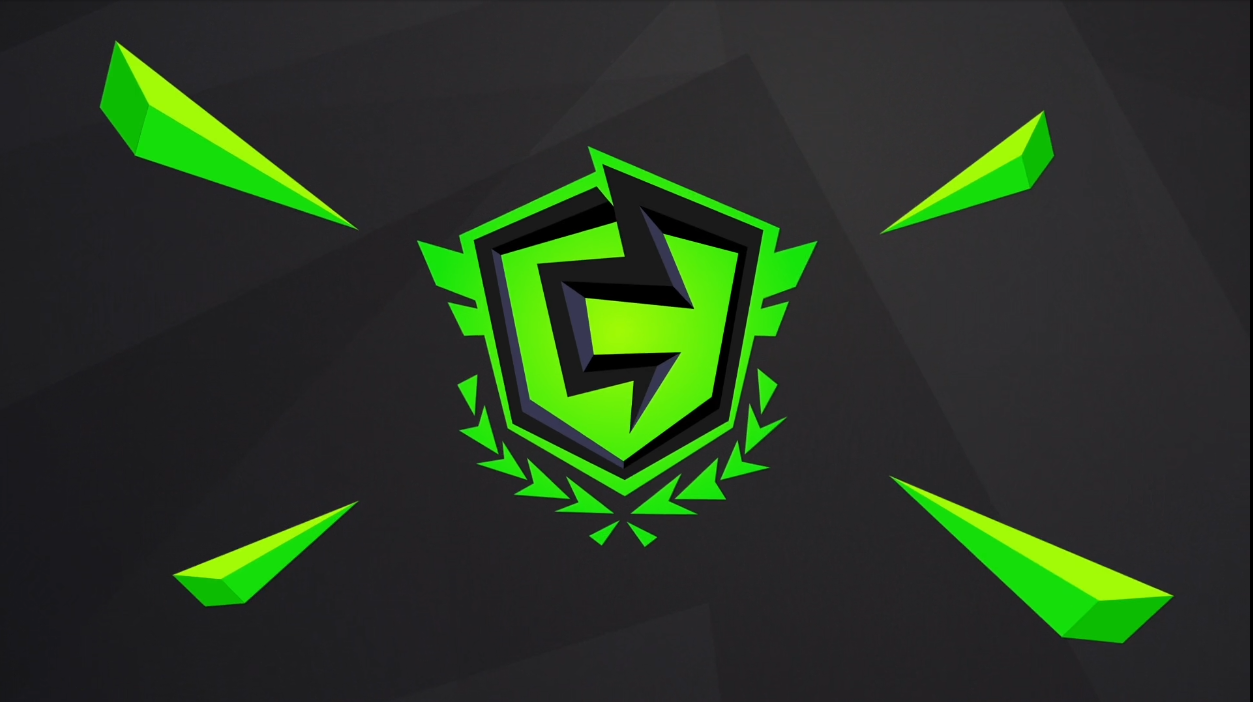 With EU in the rearview, we're now onto the final day of the NA-East FNCS Grand Finals.

Ahead is a live report of the tournament, with an update after each game. If you missed it, you can take a look at yesterday's recap here.

Before we get into today's games, let's take a look at the standings going into the event. 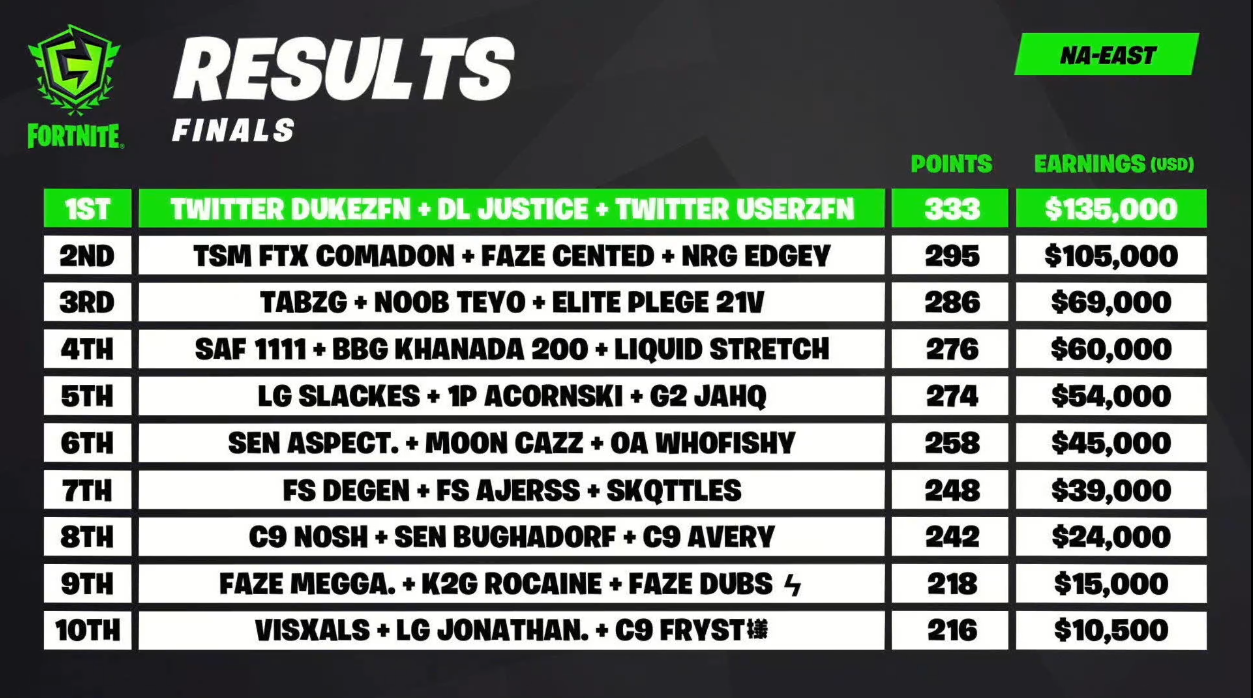 There won't be too much suspense after this one.

The first-place team put themselves in prime position going into late-game. They were able to secure high-ground easily get the win - even dancing along the way.

With this win, the underdogs of Dukez, Justice, Userz are the Season 7 FNCS NA-East Champions.

We had a low-mat finish in this one, with Fryst and Friends falling from high-ground in a scrum with Carey and his team.

Stretch, the lone straggler, was also out of materials and had to dive on the surviving team, which was an easy clean-up for Visxals, Jonathan., and Fryst.

What happened to the powerhouse trio of Dukez, Justice, and Userz? Well, they've been dying pre-Storm Surge so far throughout the game.

Finally, in Game 10, we saw them make it to late-game and almost win.

The trio was out of mats and had to dive of Saf and Stretch. The latter team won the fight and Ajerss cleaned up the surviving Stretch from the high-ground.

Yet again, we saw a game go deep into the storm with the winner largely being decided by which team had more materials.

To his credit, Rocaine took advantage of a whiff from Nut, finishing him off to win Game 9.

High-ground timing wins again for the second time in a row. Khanada & company gave up height as the zone moved, and that cost them - losing most of their team.

By the end, it was Slackes' full trio against Shark's full trio and a handful of solos.

Shark, Knight, and Clarity had the positioning as the zone narrowed, and they were able to take advantage of that and with their second game in a row.

We saw an incredibly aggressive back-half of the day yesterday, but things started a bit slower. We're seeing the same in the first game today.

The end-game fights were pretty scuffed, with hardly any players having enough health to outlast the storm.

With the zone constantly pulling over old builds, the game came down to a heal-off as the remaining teams were buried within structures.

In the end, it was Knight, Shark, and Clarity who had enough health to withstand the final ticks.