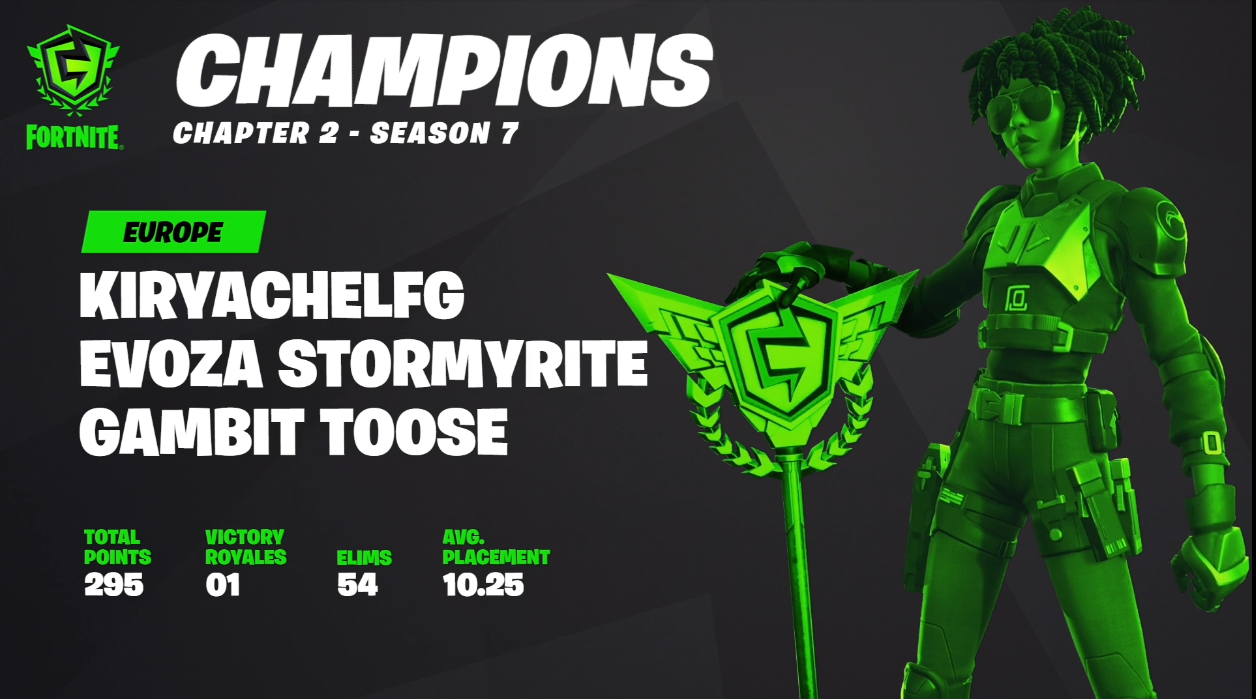 Day 2 of the EU region kicks off with a massive slate of games. Instead of the traditional 6-6 split, technical issues forced two games into the second day, meaning we'll see a total of eight games today.

Ahead, we'll have a full recap of each game after they conclude - with the most recent result at the top.

Before we get into that, let's take a look at the top 10 heading into Day 2. 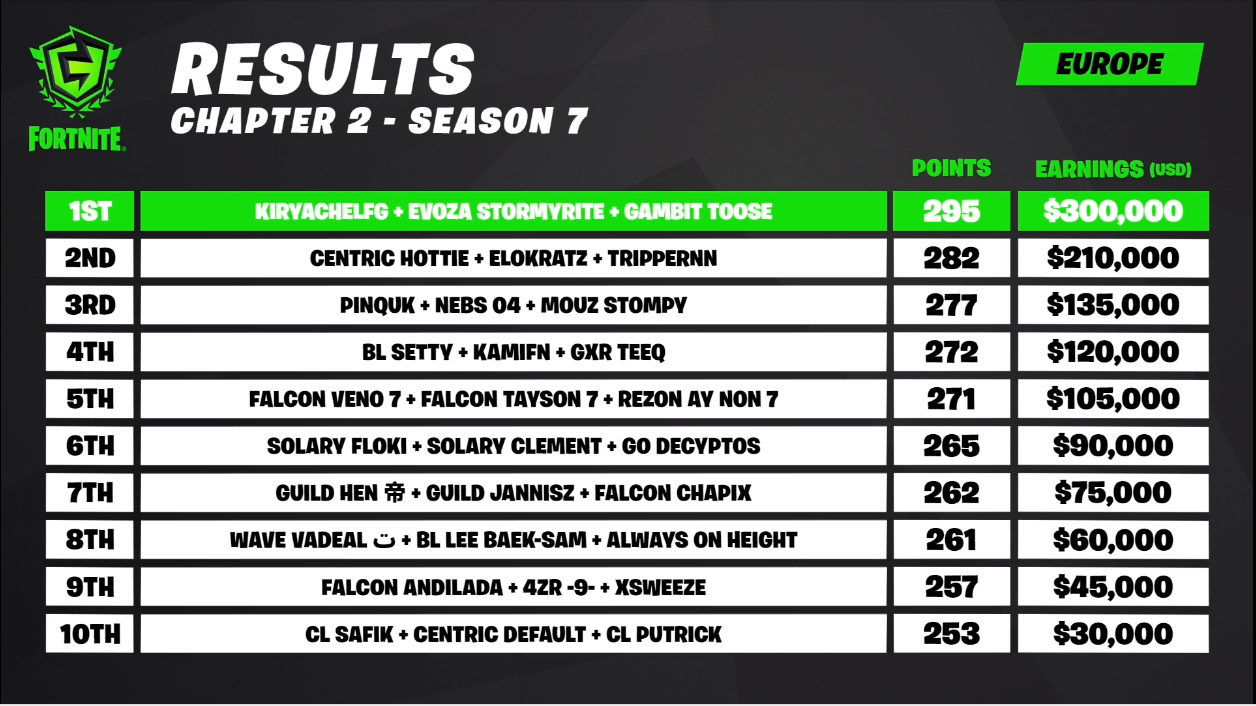 Aqua - AKA Always on Height - lived up to his IGN, as he and his squad took height an won the final game.

Although this is great for the trio and their final placement, the real winner of the game was Kiryache and his trio.

The team was already in first and only need and handful of points to ensure the victory. It was down to just Kiryache late-game, and the team leader did what he needed to do to secure their win.

Kiryache, Stormyrite, and Toose, the winners of the last game and first-place team, were looking to pad their lead going into late-game in a fantastic position.

Unfortunately, zone pulls and high-ground didn't go their way, as the trio fell one at a time.

From there we saw a story as old as time in EU: high-ground controlling the game and eventually winning. Safik, Default, and Putrick took their second win of the day.

The end-game of Game 10 came down to a battle of Hen's team on high ground a Kiryache's team on low ground.

Both squads were dicing up trios that were challenging them, but the length of time that Hen's team held height cost them in the end.

They had to dive on low-ground, trading eliminations until Kiryache cleaned them up for the win.

Late-game high-ground is always in prime position to win - especially in EU.

It seems like teams think that contesting high-ground is too much of a risk - or they get swept up in the chaos of the middle and low-ground.

Either way, Safik, Default, and Putrick took high-ground, controlled it, and waited for all of the low-grounders to take each other out while spraying death down on them.

The aggression continued in Game 8 with a more methodical late-game that had the zone dictating the course of the fight.

By the end, the final two teams were fighting in the storm and it came down to which squad had more healing items.

Like so many Grand Finals matches in EU, the high-ground holders were in control for most of the late-game.

Hottie, ElokRatz, and Trippernn secured height and kept it, tagging up a few players as chaos ensued beneath them.

Savage, for his part, did his best to stay alive, rat-out a few kills and secure a third-place finish. Hottie and his team were just in a better position.

Game 2 was surprisingly aggressive, with several mid-game battles taking place on the edge of the zone. We saw a huge multi-team fight at Dirty Docks as other teams stopped their rotations to battle contesting trios.

At the end, we saw one of the most insane clutches in Fortnite history. Stompy protected his team as they revived before jumping to another level and destroying the final team with 0 mats and an off-angle.

The day started off with the typical EU high-ground fight in the late-game. This time, it might have been more crucial than ever, as the final phases of the zone pulled up a mountain.

By the end, it was the team who had high-ground since the beginning, MrSavage and company, who were able to clean up some stragglers and watch as the moving zone did the rest.