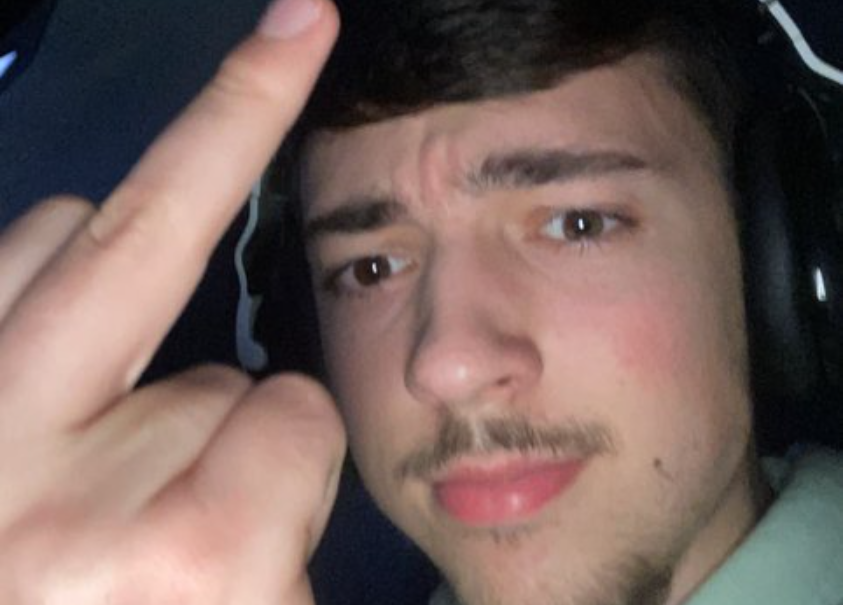 Unfortunately, Voidd's mom seems to be actively online, saw the tweet, and responded.

As it turns out, this was just a classic bedtime argument that was blasted to Voidd's 30,000 followers. 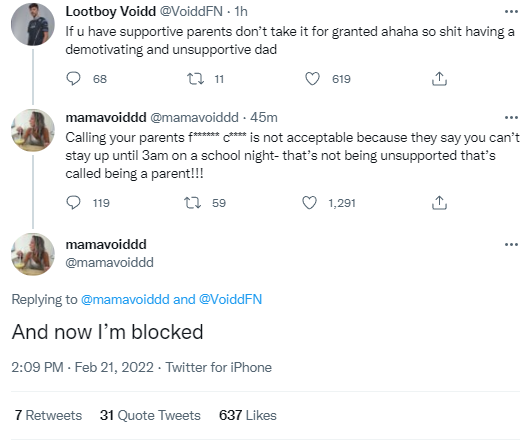 Is Fortnite destined to have the most immature esports community for the rest of time?

It's not breaking news to say that the pro Fortnite scene is one of the youngest out there. That's probably due to the low barrier to entry of becoming a Fortnite pro - which is a double-edged sword.

On one hand, more players have the opportunity to show their skills, gain a following, and earn money. On the other hand, I don't think you'd see a Valorant or CS pro complaining about their bedtime on Twitter.

Obviously, you HAVE TO delete the tweets in this situation, as Voidd did. There are still tweets of him throwing haymakers at Wolfiez in the same thread, just for pointing out the fact that this boy got ratioed by his mom - or mum, as the Brits say. 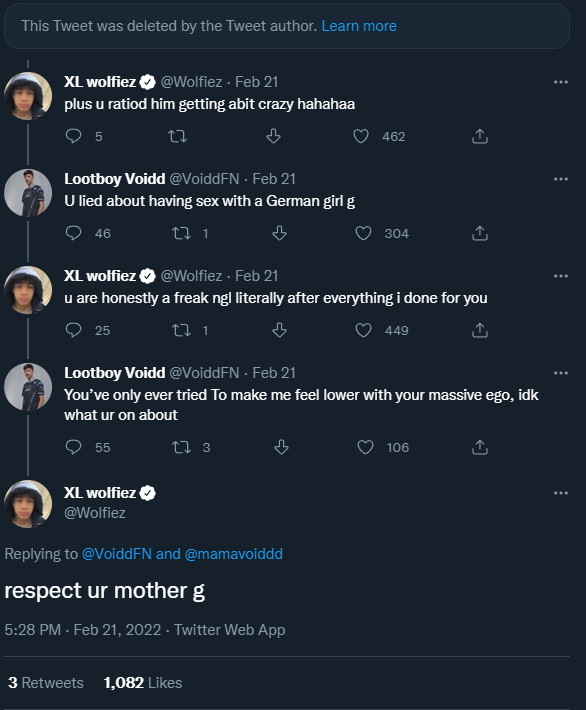 Let's get real for a second.

This kid has a mom who is actively on Twitter, tweeting out Voidd's and his sister's stream damn near every day.

He's obviously been allowed to play enough Fortnite over the years to develop his skills and make some money.

Voidd doesn't know what it's like to have unsupportive parents. I, and everyone my age, grew up in a time when pursuing video games legitimately seemed like a waste of your life. That's not the case, now, and obviously Voidd's parents understand that to a degree - at the very least.

Wanting your teenage son to not put all of his eggs in the video game basket is called good parenting.

Grow up. Literally. When you grow up you can stay up as late as possible.

And you appreciate what your parents have done for you.