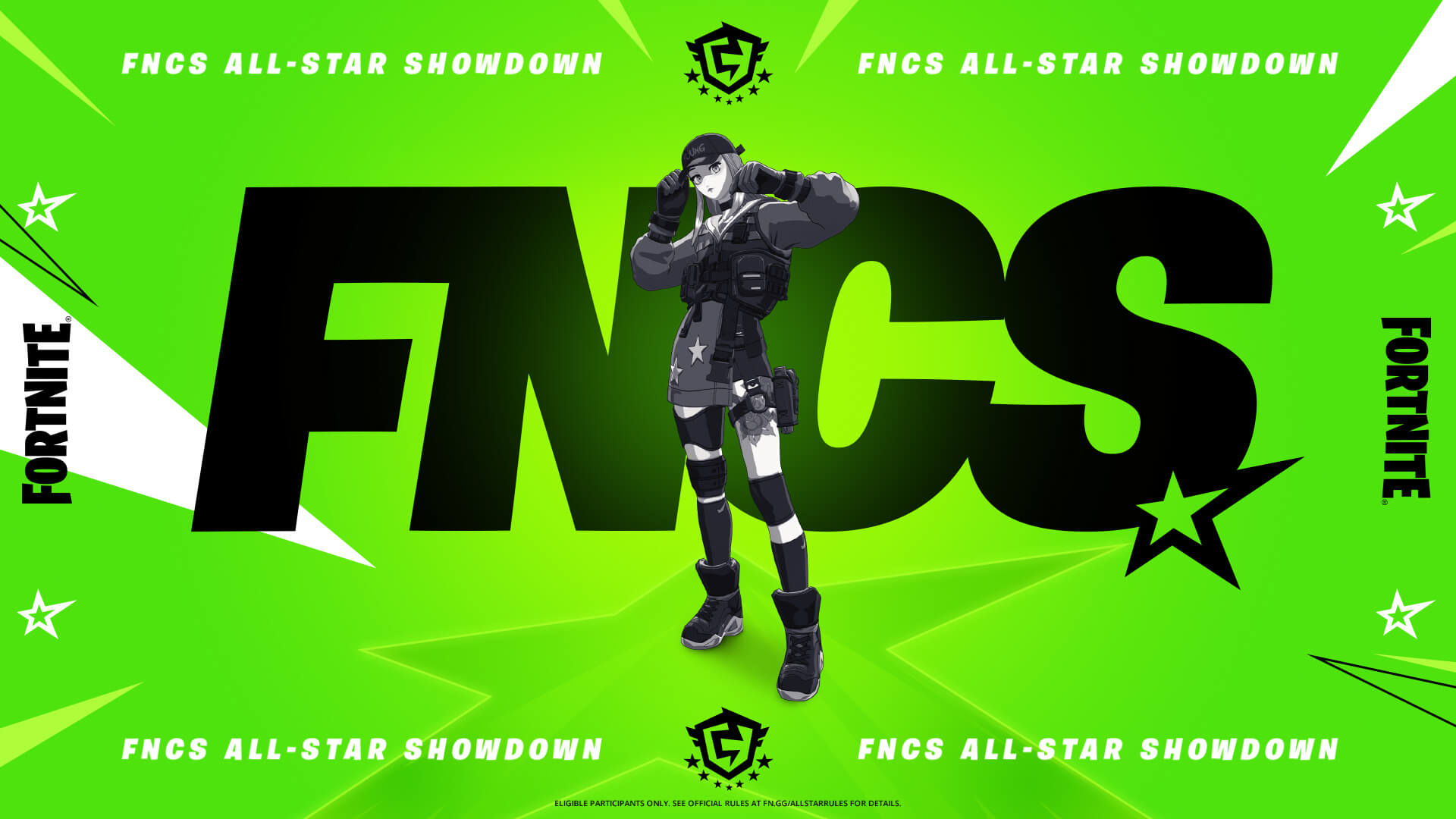 The skills competition is in the rearview and we're onto the main event: the Solo Championship for the FNCS All-Star Championship.

Solos is, naturally, the most contested game mode in Fortnite, so we're bound to see some fights, flukes, and consistent performances. Let's see what happens.

EU might be the most hotly-contested region in all of Fortnite. With the lack of LAN events in the recent past, it's certainly assumed that EU has some of the most talented players in the game.

With both TaySon and Veno making it to late-game, it was a two-man fight for the whole competition.

Both players ping-ponged one-point leads for the entirety of the game, with both making it to the top five.

TaySon stood on his head in the end, eliminating everyone until it was only him and Veno left. You can see how it ended in the clip, below.

It was a two-man race between Veno and TaySon for first place in Game 5, but both players went down during the mid-game mayhem.

Rezon came in from the middle of the pack with a pop-off win in Game 5. The single game brought him all the way from 60th to 7th. It's anyone's game going into Game 6. 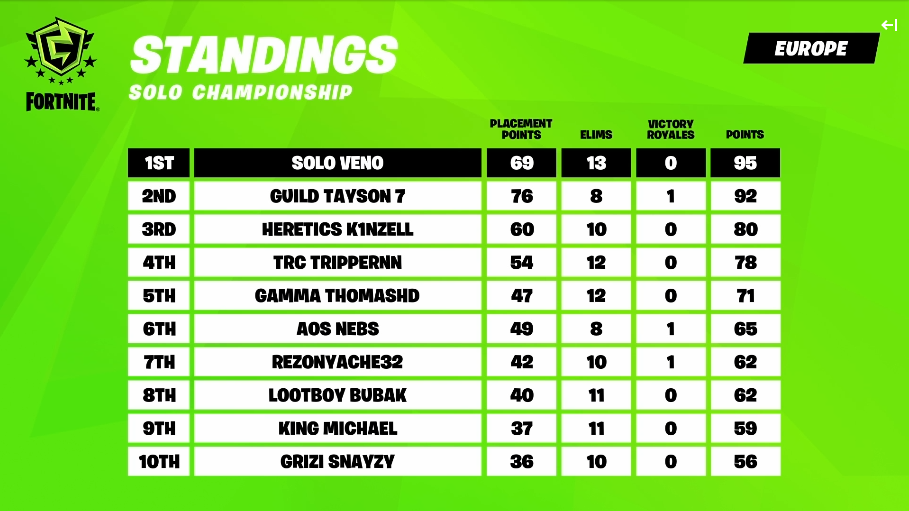 Game 4 was absolute madness, with quick-scopes, W-keys, and everything in between.

The end-game as the most hectic one yet, with both TaySon and Veno - first and second - making it into the top five. Both of them remain at this position after the game, but it was nebs who took home the victory.

Game 3 was another hectic battle, with several big names going down off-screen.

TaySon made it to the top-two again before being taken out by Andilex. Still, his placements and eliminations were enough for TaySon to take first place after three games. 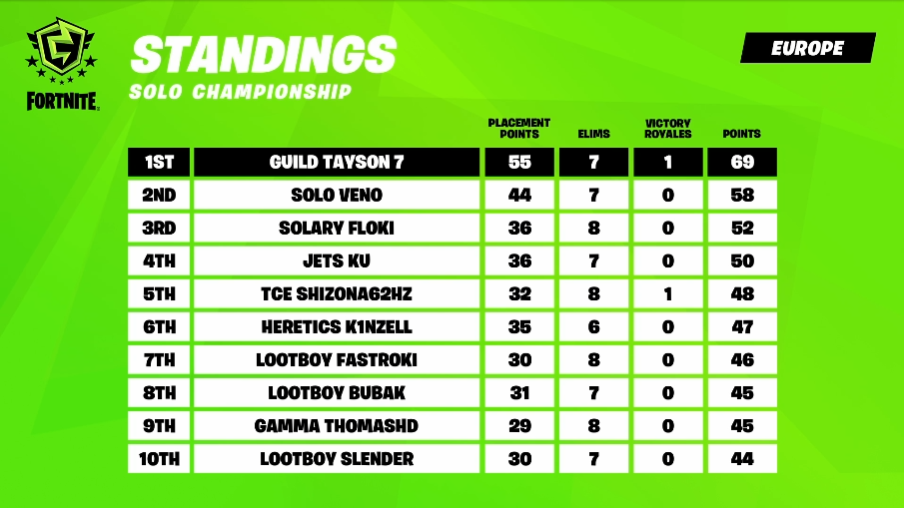 Game 2 was a lot more stacked than the first match, with top names like BenjyFIshy, ThomasHD, TaySon, and teeq all making it to late-game.

It was TaySon who had the positioning, mats, and all-important Chug Cannon that allowed him to secure Game 2.

We had some huge names get taken out early in game-one, with Benjyfishy falling off-screen and the entire trio of TaySon, 4zr, and Nayte going down before the top 50.

In the end, it was Shizoking who took Game 1 of EU with six eliminations and all of the available placement points. He's in first place with a decent margin, but it's very early.