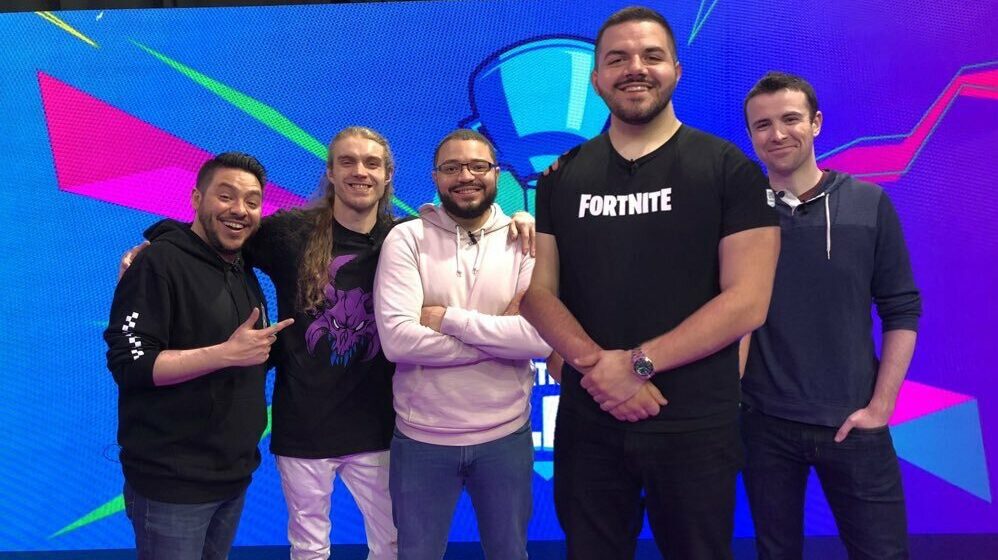 Epic Games seems to have something against all the most popular Fortnite casters. Two fan-favorite commentators will be absent for the upcoming $1 million FNCS Invitational.

Shockingly, we’re now five years deep into Fortnite Battle Royale. For four of those years, all the biggest tournaments have had an official broadcast.

It’s a notoriously difficult esport to cover. With 100 players per lobby, constant gameplay updates, and all the complex mechanics and strategies, putting on a good show is not easy.

Only a few people have had the right combination of knowledge, personality, and casting ability to win over the Fortnite community. And sadly, half of them are no longer on the broadcast.

Arten “Ballatw” Esa is arguably the GOAT of Fortnite casters and analysts. He knew the game inside out and earned the respect of many pros and wannabe pros with his in-depth VOD reviews.

Balla was seemingly booted from the official broadcast in summer 2020 after posting a blog post about why Solos wasn’t good for competitive. After appearing to drop him for sharing this constructive criticism publicly, Epic soon implemented many of the ideas Balla mentioned.

Slightly less controversial but equally upsetting was the removal of Shaun “AussieAntics” Cochrane. “I called a player a loser after they dropped on first place Game 6 of the finals. I understand Epic’s decision” he explained after announcing that he would no longer work on the broadcast.

On the plus side, Balla has gone on to become a huge figure in the Valorant scene and Aussie’s viewing party streams often outperform the actual broadcast. So they’re doing okay.

November’s FNCS Invitational will be the first official in-person Fortnite event since the 2019 World Cup. The top players from around the world will be present in Raleigh, North Carolina, but two big names are missing from the line-up.

Reisshub and Leven2k have been two of the best Fortnite casters in recent years, and neither was given the call-up.

This isn’t quite as permanent as the other examples, and hopefully they’ll be back next season. After all, there are a limited number of spots available with every region competing under one roof.

And by the way, this is not a slight on any of the other talent covering the Invitational. There are more quality Fortnite casters than ever right now, but I think even they would agree it’s a shame not to have Reiss and Leven involved.

Personally, I find it all very strange. As Balla says in the tweet above, this isn’t just another event. This is something the competitive Fortnite community has been waiting for for over three years!

These guys have poured countless hours into perfecting their craft and been a consistent part of the broadcast throughout Chapter 2 and 3. And when the moment this has all been building towards comes, they won’t be there.

When the FNCS first started, Epic understandably did a lot of experimenting with different people and combinations. But this is still happening every season and it’s too much. Just like duos in-game, Fortnite casters need to build chemistry and learn each other’s rhythms.

It’s been long enough now. We can’t keep saying “Epic will get it right next time” forever.