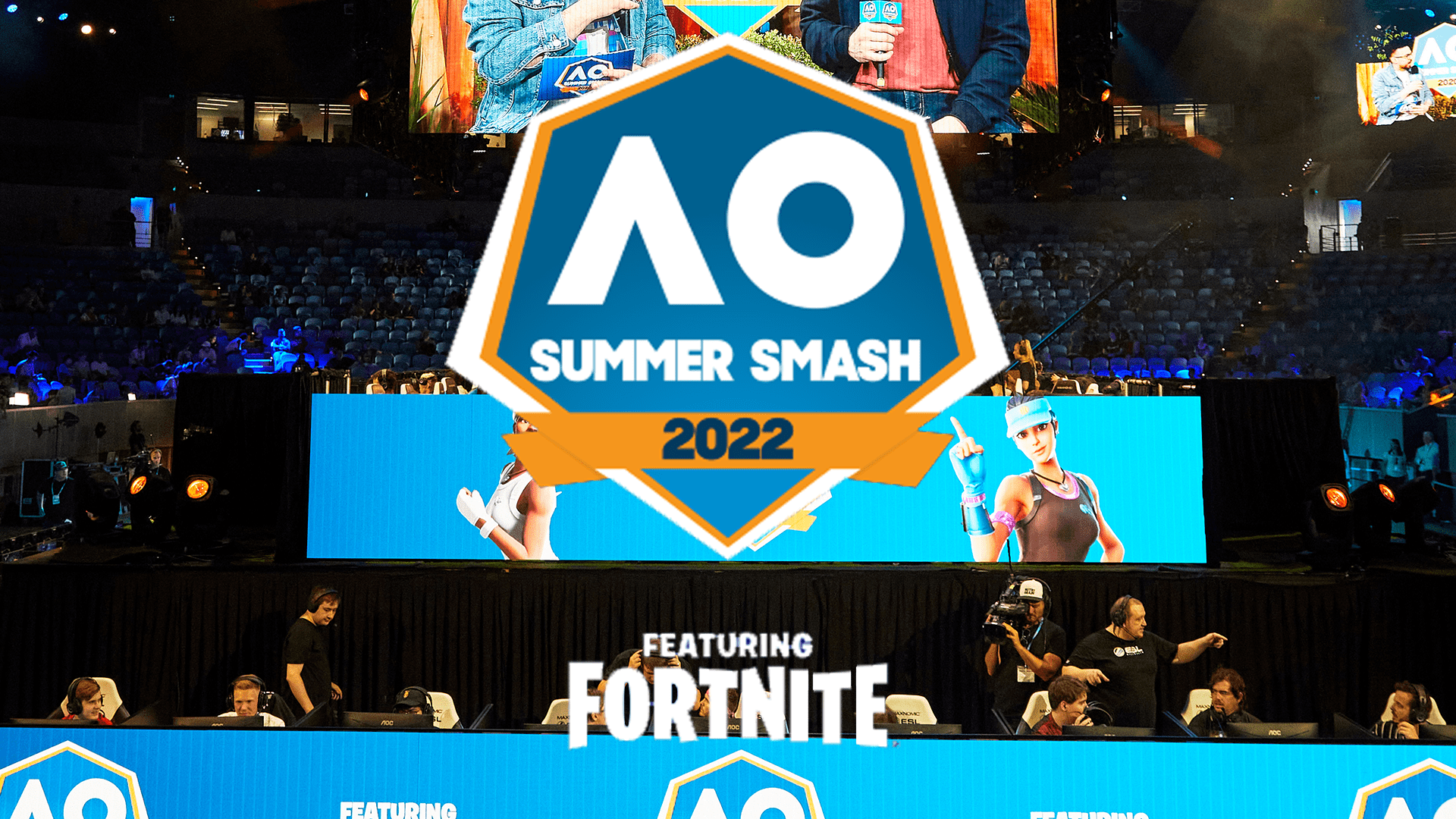 The Fortnite Summer Smash is a yearly invitational charity event that coincides with they Australian Open.

Unfortunately, the past two years have made it impossible or incredibly difficult for international players to travel to Australia, meaning almost all of the competitors were from the OCE region.

Even without some of the biggest names in the game, the Australian competitors gave us a lot to cheer for

The charity tournament was close until the end, but Basil and Jace were able to pull away from the pack - mostly on the back of their high elimination games.

Pumpkin and Xalkerr, who ended in third, looked like they would pull away with the whole tournament through the early games before seeing their progress halting - putting up two 0-point games in a row.

Fresh, the most popular Fortnite player in the tournament, finished in 21st despite retiring from competitive Fortnite last year - not too shabby. 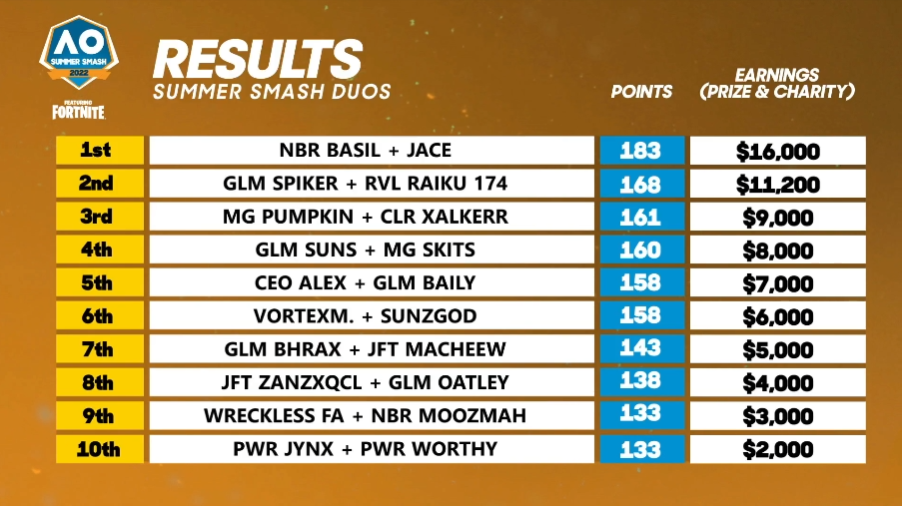 More interesting than the results was watching the first stacked-lobby tournament of the new chapter.

We'll see the FNCS take place in the next few weeks, but it looks like the meta will be dominated by the Web Slingers, Stinger, and the MK - not too much of a surprise there.

All in all, this was a good appetizer for the competitive season, but it only makes me want to see the most recognizeable names in the game face one another.