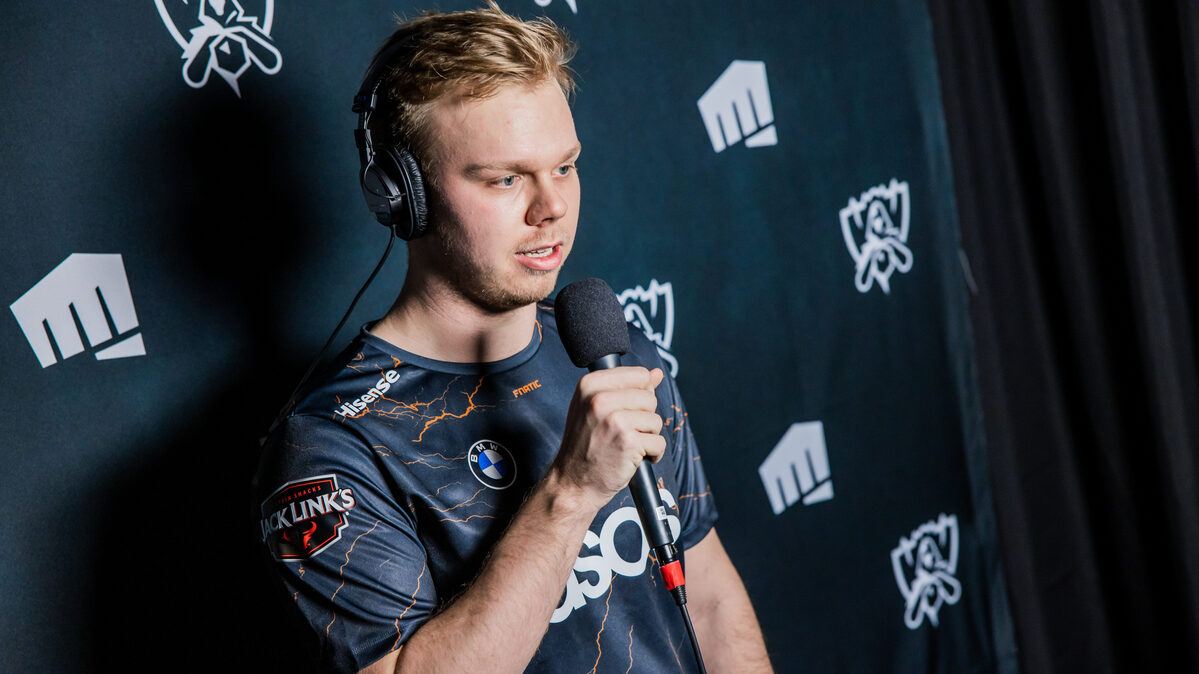 FNC Wunder on Champions Queue: They could’ve filtered it better

Fnatic and Wunder had a dream start to their Worlds 2022 journey. The team currently sits undisturbed at the top of the standings in the Play-ins Group A, and aims at a direct qualification to the Group stage.

However, not everything has been smooth sailing for the team. Fnatic had troubles with the preparation for the event, as both Elias “Upset” Lipp and Zdravets “Hylissang” Galabov tested positive for COVID before Worlds 2022, and the team was unable to scrim.

“I played against some one-tricks that play completely off-meta champions. Even troll summoners like ignite ghost Mordekaiser or stupid things like this. Could have been better, but it’s still good right now. I mean, NA solo queue is completely tilting me right now, so anything is better than that.”

Former pro player and current Gen.G streamer Tim “Nemesis” Lipovšek recently released a video explaining the state of Champions Queue. The former Fnatic mid laner stated that the game mode is a failure and has missed a big opportunity by denying big streamers like him or Caedrel from participation in it.

Champions Queue rose in popularity initially but failed to deliver in the long process. However, now that Worlds 2022 is in North America, the hype around it has returned, and all pro players got access to it.

Furthermore, Nemesis mentions that there are a lot of one-tricks that make the practice inefficient and the skill gap could be huge at times. I mean, imagine a university player facing off against Faker. For sure, it’s not a pleasant experience.

Since the video was released, Champions Queue has been a hot topic in the community. A recent thread on Reddit stated that there has been a lot of misinformation circling around, with certain points of the issues:

However, the famous streamer Christian “IWDominate” Rivera had more to say regarding the situation. In response to the thread, the streamer showcased proof of the player that he was referring to as a one-trick, as well as a lower rank player.