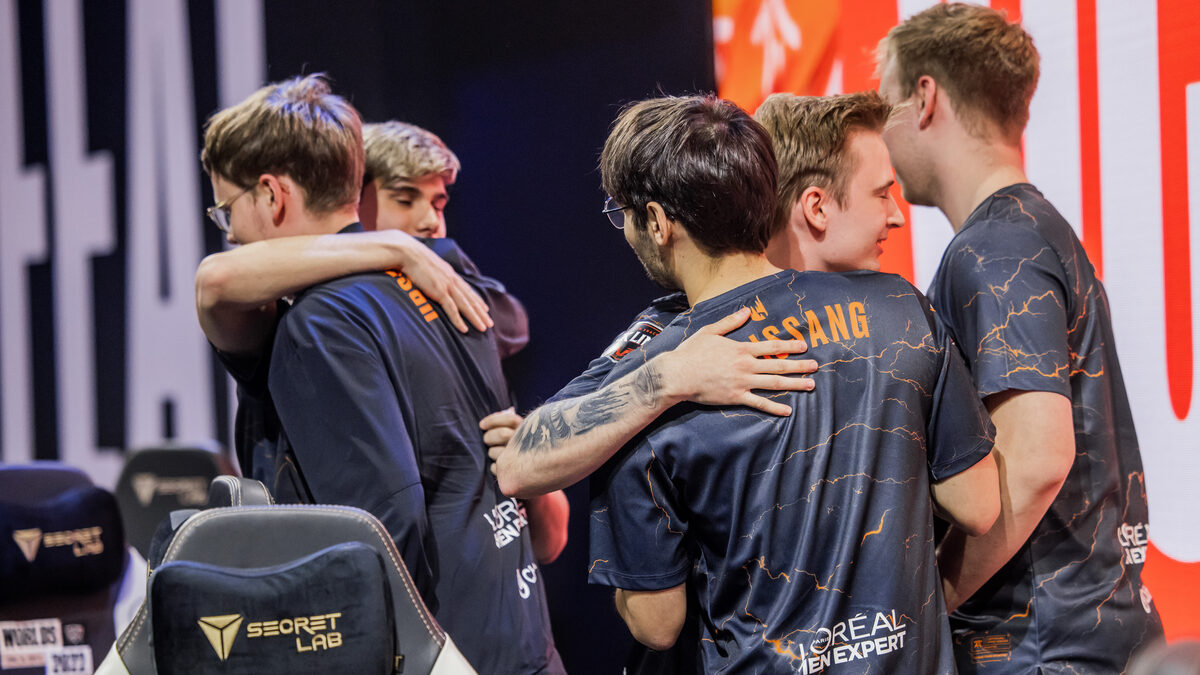 With a win against T1, Fnatic is having a dream start to Worlds 2022. The team is silencing all the doubters and continues their winning form. Despite a strong showing from T1 on the opening day of the Group Stage, the European powerhouse showed no mercy and dominated the game from start to finish.

With the win, Fnatic moved up to first place in the group and looks in a comfortable spot to make it out of Group A.

Day 2 of the Worlds 2022 Group stage has been the best in years for European fans. All domestic teams were successful in their games and Europe will end up the day with a 3-0 scoreline. The “hopium” has been activated, and deservingly so.

The mental edge was already gained before the game:

Caedrel buff has been activated:

Wunder is the cryptonite of T1:

The gap between T1 & Fnatic was all over the map

Despite the outcome being surprising, no one expected Fnatic to dominate in such a fashion. The whole map belonged to the European team and there was simply nothing T1 could do. From macro play to team fighting, Fnatic left no chance for T1 to compete in that game.

Marek “Humanoid” Brázda has been having the tournament of his life. Fnatic’s mid-laner is outperforming each opponent he faces at Worlds 2022, and is looking unstoppable. Winning lane against Lee “Faker” Sang-hyeok is no easy job, which adds even more bragging rights to Humanoid’s name.