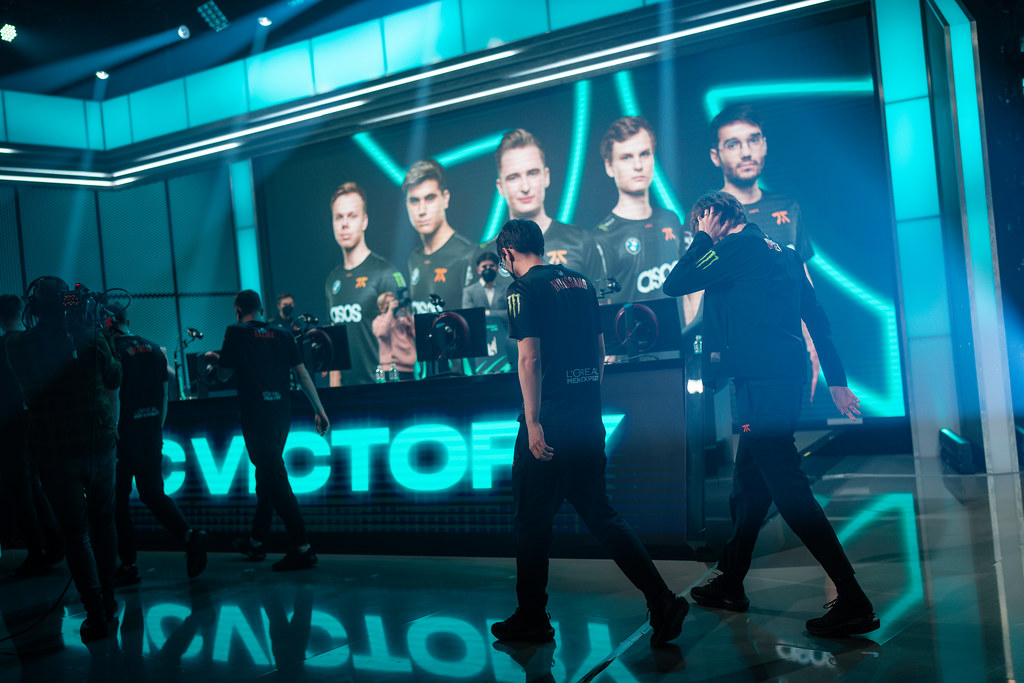 Fnatic stomp G2 in the Match of the ”weak”

Fnatic triumph over G2 Esports for the battle of second place. Both teams arrived with a defeat from the previous day and only one could go 0-2 this week.

Hylissang got his signature pick – Pyke - and he proved why this champion should be banned against him. G2's bot lane was unable to play from the laning phase and Hylissang's aggression was the main reason for Fnatic's success in that game.

The map was split. G2 was playing towards the Top side and Wunder had a hard time as he was camped for the majority of the game. However, in bot, Fnatic was dominating and this can only show us how useless the top lane position is.  Razork got the upper hand of Jankos, who was unable to catch up in levels after his attempts to save his botlane. Fnatic was just outsmarting G2 with their map movement and macro, which was vital for their win. It was as if G2 looked scared to play.  Around the 18th minute, G2 Esports made a questionable call as they decided to Realm Warp on the second mid turret. We call that: The Realm Warp of death:

The main fight of the game was the soul, which was taken by Fnatic after a long team fight between both teams. At first, it was looking like G2 would come victorious in the fight, but Upset had another opinion.  With so many upsets in the league, we have no clue who will be in Top 4 and who will make it to the playoffs but one thing is certain – it is entertaining to watch.  Why was that win important for Fnatic? Aside from the obvious, in case of a tiebreaker between both (which is likely to happen), Fnatic will be placed over G2 as they have defeated them in the second part of the split. Despite the 1-1 record between them, the second game has a bigger weight on the standings.  Fnatic will finish Week 6 in second, tied with Misfits Gaming, while G2 will look to comeback stronger next week as they have dropped off to fourth in the standings.