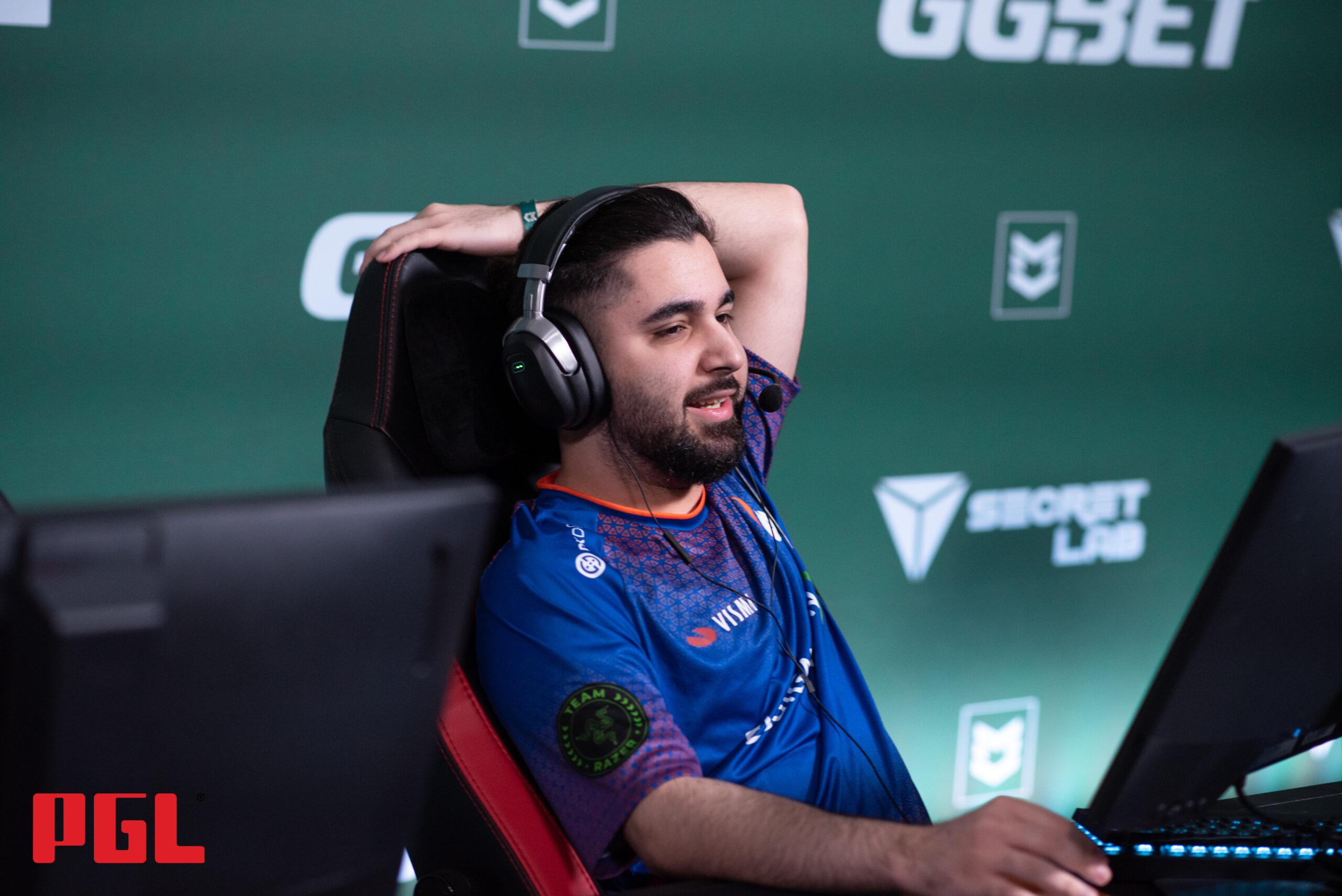 Fnatic has the pieces, now to lay the puzzle

Fnatic recently completed their roster revamp with the signing of Dion “FASHR” Derksen, the now-former ECSTATIC star. It’s finally time for Fnatic to truly be a competitive organization once more.

The rebuild has at least taken three months, but in reality, it’s realistically taken far longer.

Just over a year ago, on August 3rd 2021, Fnatic signed the British duo of Alex “ALEX” McMeekin and William “mezii” Merriman, who had previously played together on the troubled Cloud9 Colossus team. Since the collapse of that team, IGL ALEX had spent four months on the bench, while mezii enjoyed a short stint with Endpoint.

The team was not yet complete, and by October, they found their potential final man when they replaced AWPer Jack “Jackinho” Ström Mattsson with another Brit, Owen “smooya” Butterfield, albeit on a three-month trial.

Smooya hit the ground running with a number of respectable performances online and against tier two teams. However, as it was with BIG, it was out of server issues and ‘differences in ideas’ that meant that after five months, smooya was removed.

Smooya claimed on stream that he found out he was being removed mid-tournament, and not from someone within the organization.

“It’s f*cked up to search for an AWPer mid-event, and when I find out from someone else that’s not in Fnatic, that’s f*cked up. It’s kind of hard to play an event knowing your team are searching for AWPers while I’m preparing for G2 the next day.”

His replacement was Valentin “poizon” Vasilev, the former Complexity AWPer who also reportedly had out-of-server issues. At the same time, Ludvig “Brollan” Brolin also departed for NIP, with Peppe “Peppzor” Borak being promoted from Fnatic Rising to be his stand-in replacement.

Once again, just as he had with Cloud9, ALEX had been delivered a team that would become marred by roster instability and players not worth their salt in tier one CSGO.

Once again, it would be ALEX’s downfall.

Despite a play-off finish at ESL Pro League Season 15, the team failed to qualify for the PGL Major Antwerp and also missed out on IEM Dallas. For a team with such a reputable history as Fnatic, this was unacceptable.

ALEX, alongside poizon and Peppzor, were removed from Fnatic’s roster in May, and rebuild 2.0 was set to commence.

First, in June, came Nico “nicoodoz” Tamjidi and Fredrik “roeJ” Jørgensen, the young AWPer and experienced entry of Copenhagen Flames. They had, over the period of two consecutive Major cycles, captured the hearts of Counter-Strike fans. With their Quarter-Finals finish in Antwerp, they’d captured a healthy list of suitors too.

Fnatic was the team they ultimately joined after their former organization failed to sell the roster as a full team; the first building blocks of a Fnatic that would look to learn from the cultural differences of its British/Swedish mix.

Nicoodoz arrived with plenty of praise, a young talent seen as a real coup for Fnatic. Especially when his nation’s premier team, Astralis, was potentially in dire need of a star AWPer. RoeJ was met with the same praise, a late-bloomer at 28 he may be, but his 1.18 HLTV rating and 1.3 Impact rating in 2022 is nothing to shy away from.

Mezii would take over the reins as IGL, a role he has undertaken on his previous teams. Freddy “KRIMZ” Johansson would also stay on, providing tournament-winning experience at the highest level, and also ensuring that Fnatic retained a key part of its identity in CSGO.

The final player then, as stated at the start of this article, was to be FASHR. The second half of what will become an aggressive rifle duo with roeJ, FASHR has had a ‘barn burner’ of a 2022.

That being said, the organization is aware that they are a step up for the Dutchman. Despite his former team peaking at 16th in the HLTV team ranking, his LAN experience remains at a far lower tier than what he will now be expected to play in with Fnatic.

“Our priority will be to level up FASHR’s play and team cohesion as we progress through the upcoming year…Dion has expressed his passion and desire to grow as a player, and we aim to develop him with our HPU (High-Performance Unit) in the coming months.”

With a 1.19 HLTV rating and a 1.25 Impact rating, FASHR’s stats are very similar to roeJ’s. The step-up won’t be overnight, that’s a rare occurrence reserved for special players like Valerii “b1t” Vakhovskyi and Mathieu “ZywOo” Herbert. Even Robin “ropz” Kool had to wait to be freed from the shackles of Chris “ChrisJ” de Jong’s IGLing to learn to be truly impactful with Finn “karrigan” Andersen.

The difference is with those players, however, is that they were all elevated to tier one CSGO from relative nothingness. B1t played in NAVI Junior, ZywOo on aAa, ropz came from FPL lobbies. They were elevated at far younger ages, too.

Failure is not an option

Age is not on his side, but it seems that the organization’s patience will be. Fnatic can’t afford another year ruined by roster instability. It already cost them one of Sweden’s premium players in Brollan, they won’t want to lose Denmark’s next-best AWPer in nicoodoz, nor will they want to lose a potentially great IGL like mezii.

Moving on to nicoodoz, this is a player that seems destined for the top. Copenhagen Flames second-highest rated player (behind Rasmus “Zyphon” Nordoss) at PGL Antwerp, nicoodoz doesn’t seem to come with the same worries as most tier two AWPers do.

With a 1.31 rating in a BO1 win against ENCE and a 1.11 rating against FaZe in a BO3 loss in the Major Legends stage, nicoodoz has already proved he can go toe-to-toe with top 10 teams in a way in which other AWPers have failed to do so. Entropiq’s Aleksei “El1an” Gusev has a 1.17 rating on HLTV, this decreases to 1.07 against top 20 opponents and again to 1.04 against the top 10.

One could say that nicoodoz’s later performance against ENCE in Antwerp is worrying. He underperformed massively with a 0.86 rating over the two maps in ENCE’s BO3 win in the Quarter-Finals. However, we’d give him the benefit of the doubt, as this is a rare underperformance in what was his first big-stage match, at a Major no less and against the team rated third in the world at the time.

Consistency on big stages is something that comes with experience. The roar of the crowd is something nothing can prepare you for, it comes with its own challenges, its own pressures. You’re more aware of the people watching your whiffs when there are 10,000 of them in front of you. Time is on nicoodoz’s side, however, and his performances so far show that he has what it takes to make it.

His Copenhagen Flames teammate roeJ experiences drop-offs at the biggest events, but that’s natural considering his roles and the elevated level of competition. At IEM Katowice 2022 he finished with a 0.97 rating, at PGL Antwerp a 0.98. Neither of these is terrible for an entry.

These drop-offs aren’t particularly worth worrying about either when you consider that they’re mainly facades driven by map losses. At IEM Katowice the entire team underperformed as they finished last. At PGL Antwerp, roeJ performed well in every map they won, including a 1.18 rating against eventual champions FaZe on Inferno.

If that’s not enough, he even top fragged his Fnatic side in the Pinnacle Cup Championship in their elimination match against that tournament’s eventual winner Heroic. The fact that was with Patrik “f0rest” Lindberg as a stand-in only benefits roeJ’s stature in his new team. This result suggests a player in a team that isn’t quite ready yet, not a player who shouldn’t be in the team in the first place.

A surprise inclusion in Cloud9’s Colossus roster, mezii was promoted from tier 2 with GamerLegion and thrown immediately into the big time. A bigger surprise, however, was when he outperformed the team’s stars, Patrick “es3tag” Hansen and Özgür “woxic” Eker.

Mezii, as is yet to be seen with FASHR, is a player that easily managed the step up from tier two to tier one.

This difference now is that mezii is taking over the reins of IGL, a role that is typically known for severely impacting the individual output of a player due to the extra responsibilities they take on.

This is true for mezii, who has seen both his HLTV rating and Impact rating plummet to 1.02 and 0.9 respectively. Although again, the caveat of an incomplete roster needs to be stressed.

A supportive IGL, mezii goes against the meta of having your IGL be in the pack alongside an AWPer and an aggressive star rifler. You won’t be expecting to see similar plays to that of Vladislav “nafany” Gorshkov or Marco “Snappi” Pfeiffer, instead, you’ll be getting familiar with a leader who guides his troops from the backline and come into his own when they leave him in the clutch.

He has previous IGLing experience with Vexed, but similarly to the new faces on the team, this will require a step up from the young Brit in order to work. That being said, with wins against Bad News Eagles and Heroic under his belt, there’s certainly promise.

That leaves us with his rifling partner in those clutches, KRIMZ.

KRIMZ was the second-best-performing player when Fnatic disbanded their roster earlier in the year. A stalwart of the Swedish scene, KRIMZ has been on Fnatic since 2016. 2014 if we ignore that two-month stint on GODSENT.

A player who has been in HLTV’s Top 20 players five times, and in the top 10 of that list three of those times. He may have even kept up his three-year streak had it not been for the instability of 2021.

He’s been his team’s support, he’s been their star when stars like Robin “flusha” Ronnquist faded and Olof “olofmesiter” Kajbjer moved on to FaZe. Now, he has to be a mentor too.

Providing stability in the late round with mezii, his individual levels are something established long ago. KRIMZ’s main role now is ensuring that the rest of his team can perform at the highest level to the same standards he set.

This is a team with many ifs, buts, and maybes, but it’s also a team with a lot of promise. If nicoodoz and mezii continue to grow, FASHR can step up, and roeJ maintains the same levels he reached on Copenhagen Flames, they could become a real force to be reckoned with.

It won’t be easy, it won’t be an overnight leap, but it’s going to be a lot of fun to watch when they debut at ESL Pro League Season 16 at the end of the month.

Fnatic finally has the pieces, now it’s just time to lay the puzzle.

I'm excited for this roster, feels like a new dawn for Fnatic