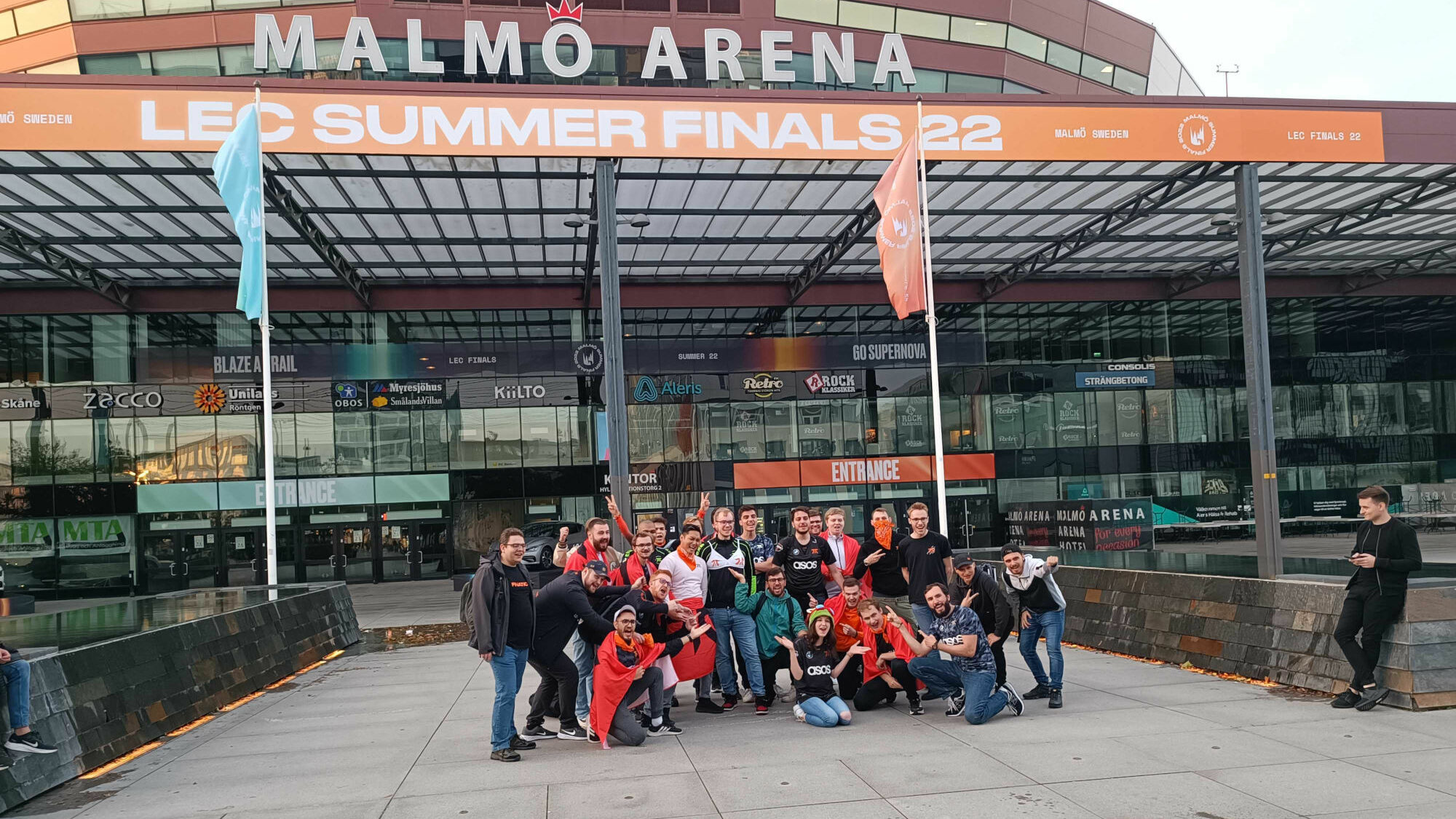 Fnatic fans and staff in Malmö: “It was just full-on panic”

More fans are flooding Malmö’s streets with the 2022 LEC Summer finals just around the corner. The hype around the event is at its peak, and the expectations from the fans are as high as they can get.

For the first time since Athens in 2019, the LEC finals will be played in front of thousands of people.

As the excitement for the Malmö finals rises, Jaxon explored the city and checked out the venue that will host the finals – Malmö Arena.

Besides seeing many esports fans dressed in their team’s merch, we stumbled upon a passionate group of Fnatic fans and staff in front of the venue.

Fnatic Dragons – the supporters who believe

On Saturday (10.09), Fnatic meet Rogue for a place in the 2022 LEC summer finals. The winner of the upcoming BO5 series will earn the honor of facing G2 Esports in the grand finals. Since Summer 2020, there hasn’t been a G2-Fnatic final.

Fnatic fans from across Europe gathered in Malmö as early as Friday afternoon. Full of excitement and high spirit, they came together to showcase their team’s support.

Despite Fnatic having a challenging year, the fans are confident of their team’s success. They believe in another final against their arch nemesis- G2 Esports.

You may ask why destiny has a hand in this?

Well, the last time Fnatic won a European title was in 2018. The only member left from that team is Fnatic’s support Hylissang. The area where the Malmö Arena is located is called “Hyllie.” Coincidence? I think not.

While the fans were confident enough to book their flight and buy the tickets months in advance, the organization had little time to prepare for the event.

Fnatic staff was still in awe about whether they would be going to Malmö or not because of the outcome in the LEC playoffs.

“It was very hard. We talked with different venues to figure out what we wanted to do. We all had to wait for the MAD Lions game on Sunday evening. Once that happened, it was just full-on panic; let’s make it happen. By Tuesday, we decided to have the afterparty be part of the XPO,” Tanni Le says.

Harry Goldman, Fnatic’s Partnership marketing manager, added: “It was hectic to organize, but it’s worth it. The fans that I hear this evening make it worth it. Without fans, there is no esports. Without esports, there is no Fnatic.”

The winner will face G2 in the grand final on Sunday, September 10.