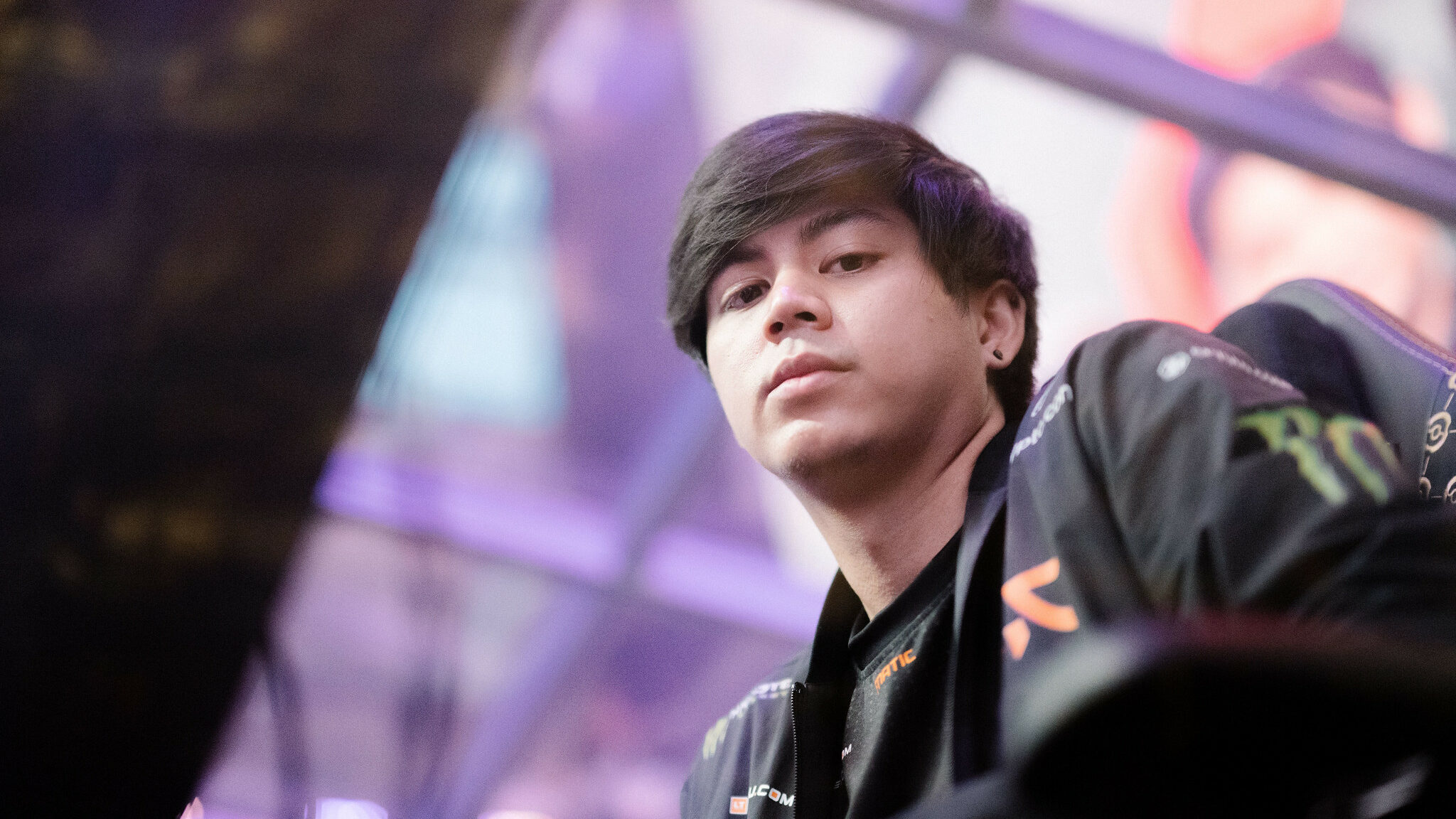 Fnatic DJ: “There are a lot of talented and skilful teams in SEA”

Our interviewee, Djardel “DJ” Mampusti, has been an integral part of the Fnatic Dota 2 roster and of the Southeast Asian (SEA) scene for the past few years, through all its ups and downs, trials and tribulations, and bitter-sweet memories.

He has also been instrumental in steering the Fnatic ship on the upward trajectory, especially in the DPC SEA 2021/22 season, with the men in Black and Orange consistently finishing in the top 3.

However, success has always seemed to elude DJ and Fnatic at The International, but this time around with a rock solid performance during the entirety of the DPC SEA 2021/22 year, and with ample experience at the Dota 2 Majors as well as third party events, they are looking to turn things around.

DJ sat with Jaxon for a quick chat where he talks about qualifying for The International 2022 (TI11) through accruing just enough DPC points, albeit in a nail-biting climax with Outsiders (ex Virtus Pro) that saw them initially missing out on TI11 with a meagre 0.5 points deficit, however, after Valve’s official ruling that saw Fnatic taking the Outsiders’ last TI11 slot through direct qualification.

He also talks about his expectations and team camaraderie.

Jaxon: Hi DJ, congratulations on qualifying directly for The International 11 via DPC points. How elated are you about attending your sixth TI?

DJ: It feels good. Not going through the qualifiers meant we had time off to rest before we trained again for TI.

Jaxon: However, that wasn’t the case due to a technicality – a deficit of 0.5 points that made Fnatic ineligible to attend TI11. How was the team morale at that point?

DJ: At first, we were frustrated of course. But we bounced back after the Arlington Major and sorted out our schedules immediately. The team was ready to boot camp after ESL One Malaysia and go through the TI SEA Qualifiers.

Jaxon: Regardless, Valve came out with the official list of the direct invitee’s list for TI11 –which included Fnatic. Take us through the exact emotions of your team at that point.

DJ: We weren’t all at the same place at the same time. Jabz and I have just flown back to Asia from Arlington, the rest were flying into Thailand for the Galaxy tournament.

We didn’t hear the news at the same time, but our group chat was full of questions if this was real or not. We didn’t think much of it until Valve officially announced and emailed us that we had made it.

We were happy, it meant another chance for Fnatic to get the Aegis.

Jaxon: Speaking of which, Fnatic performed well with three stand-ins in the group stage at PGL Arlington Major. Did you expect the team to play this well at such short notice without proper practice with the stand-ins?

DJ: At that time it was hard to tell since we all flew in on August 2 with only one game of practice and then we had to play in the group stage. But Dubu was my former teammate so we know each other. It was also helpful that it was Dubu and Timado on the safe lane, then Jabz and myself were laning.

Jaxon: Fnatic had a good DPC 2021/22 season finishing top three in every tour. Is the current roster the best Fnatic has had in a while?

DJ: I think the results so far are pretty good. Plus staying together for this long helps in terms of synergy and chemistry. Hopefully, it translates to our results this coming TI.

Jaxon: How would you describe the overall season in terms of competitiveness within SEA?

DJ: There are a lot of talented and skilful teams in SEA and you can see it in the results in the tournaments and with how close the series goes on.

Jaxon: Your performance in ESL One Malaysia in particular was a spectacular feast to watch. What motivates you to keep performing at such consistency for so long?

DJ: My main motivation is my family and of course my team.

Jaxon: What are your expectations going to TI11 for Fnatic this time around? What’s the bare minimum you’d want for the team and how can Fnatic achieve it?

DJ: I don’t really like to expect anything. But I wanna get at least the top 3. As long as everyone performs to their best, it is possible.