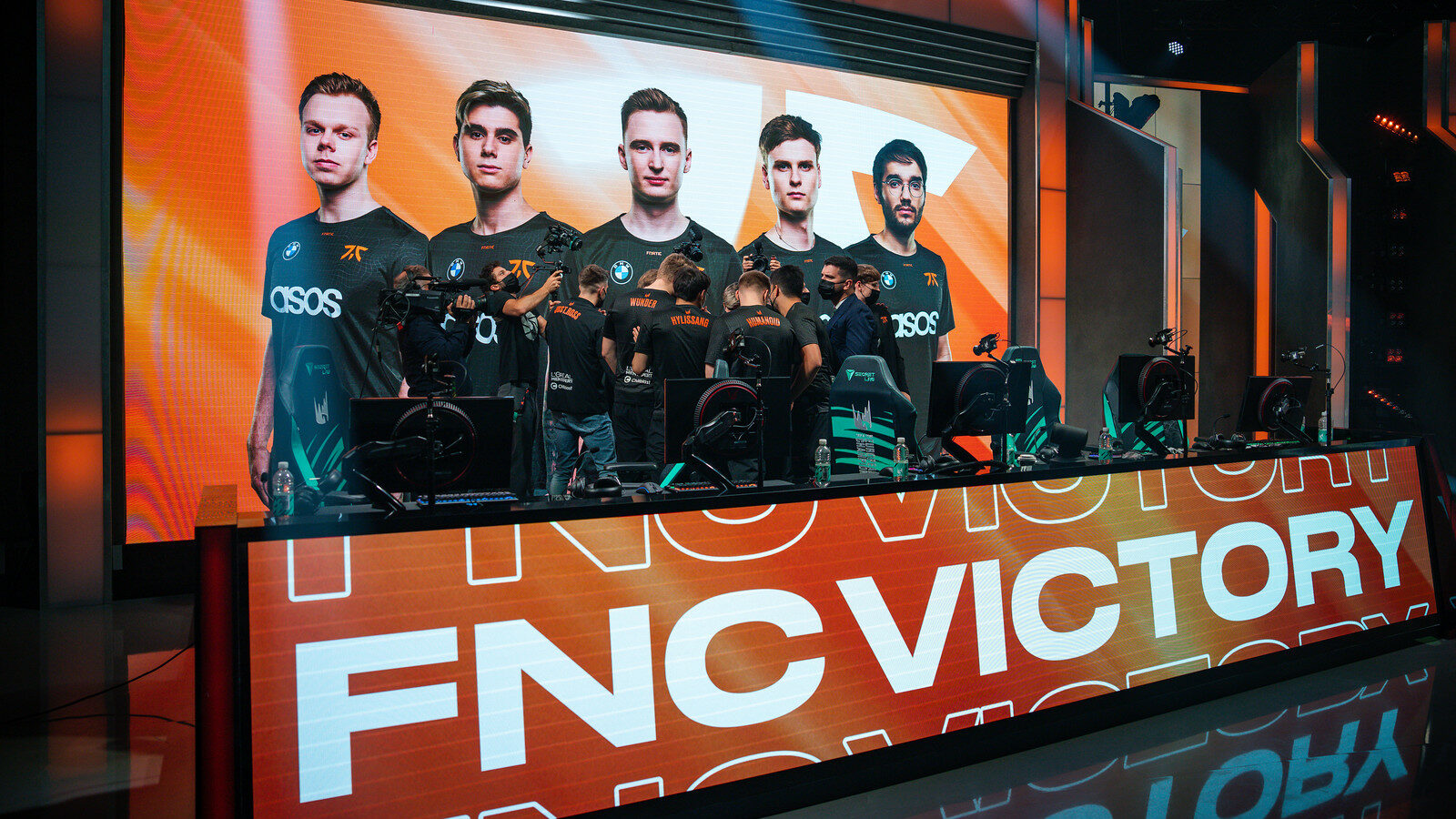 Fnatic have qualified for Worlds 2022 after defeating Misfits 3-0. Following a shaky series against Excel Esports in the previous round of the 2022 LEC summer playoffs, Fnatic have stepped up their game to secure a Worlds spot.

Razork’s clever early game pathing and Upset’s heroic team fighting performance helped Fnatic secure the win, and for the 10th in history, the organization will be going to Worlds.

Unfortunately for Misfits Gaming, this has been their last game in the LEC as the team sold its spot to Team Heretics. Another year where they have been so close to qualifying for Worlds, and yet so far.

A different version of Fnatic showed up against Misfits. The gameplay was clean, and there seemed to be no problems with communication. They were all on the same page, which is something that their fans wanted to experience all split long.

Fnatic started the series aggressively as they completely neutralized MSF’s bot lane in Game 1. They were already fighting at their turret during the third minute of the game. It was over before it started.

Despite almost throwing Game 2, the team showed great mental advantage and comfortably closed out the series with a 3-0.

The difference between the series against Excel Esports and Misfits Gaming was like day and night.

Razork had insane series against Misfits. He was everywhere on the map from start to finish and gave no breathing space to Zanzarah.

After a tough start to his career in Fnatic, this performance comes at the best time possible for him. He has stepped up big time since Week 8 of the 2022 LEC Summer split and might take Fnatic all the way to Malmö. For the first time in his career, Razork will be attending Worlds.

Upset was the other name that should appear in the headlines today. His teamfight positioning and Fnatic’s early game is what was the difference maker. Misfits couldn’t reach out Fnatic’s backline, and he was left free-farming the enemy champions. Oh, he also got to play his Zeri during Game 3, which was a huge mistake by Misfits.

After the unfortunate situation around Upset at Worlds 2021, at last, he will be able to make his debut on the international stage.

What lies on the road before Worlds 2022 for Fnatic?

Despite qualifying for Worlds, it’s not over yet for Fnatic in the LEC. The team has a long way to the finals, and it goes around MAD Lions on Sunday (4th September). Currently, Rogue and G2 Esports have qualified for the LEC finals in Malmö, and the winner of Fnatic vs. MAD Lions will be the last participant in the event.

During Summer 2022, we’ve witnessed their lower bracket miracle run, but can they do it again? The plot armor is already in action with their World’s qualification, but can it withstand further? Fnatic have improved recently, but MAD Lions are a different beast compared to Excel Esports and Misfits Gaming.

However, the only thing that Fnatic needed was confidence, and they have it now on their side. Anything is possible, especially if you are Fnatic.