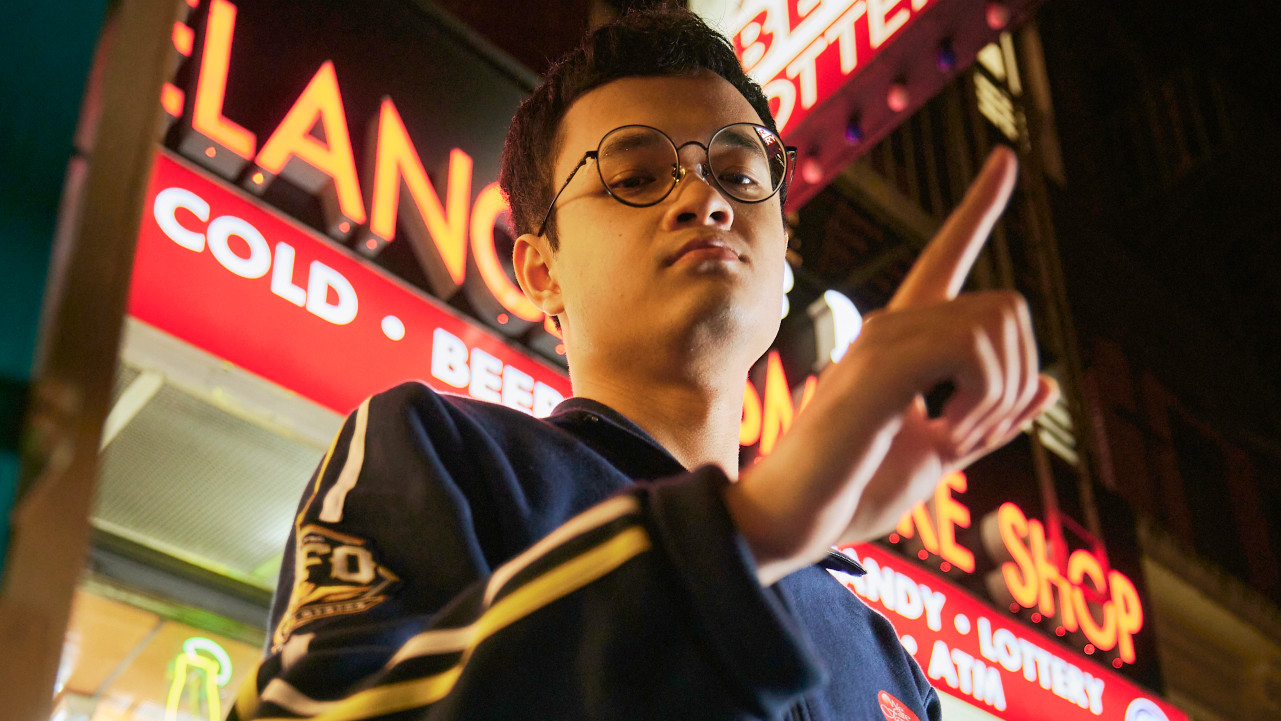 Jaxon was able to catch up with Shunn after the match.

A debut to remember

At just 20 years old, CTBC Flying Oyster’s Shunn finds himself playing on the international stage at the end of his first year as a professional player—at Worlds 2022 no less.

“It’s really exciting,” Shunn told Jaxon, “In the PCS, we don’t have the big crowds cheering for you like we have here, so it is a really amazing opportunity.”

Shunn took the first Worlds game of his career in stride, despite telling reporters previously that domestic matches made him nervous. Racking up a 10/0/1 stat line on Kai’Sa, 100 Thieves were doing everything they could to avoid the rampaging ADC. Despite his dominance, Shunn remained humble when asked for his thoughts on the game.

Making Shunn’s performance even more impressive was the fact that it was just his third professional game on Kai’Sa.

“I picked Kai’Sa today because she is very good in the meta; she fights well and is also good in laning. I have also played a lot of Kai’Sa in practice and I feel very confident with her.”

Shunn: Nothing but respect for Worlds group stage opponents

The result left North America at 0-2 on the day, a run that was extended to 0-3 after Evil Geniuses lost to JDG. However, Shunn had nothing but kindness for the embattled region.

“Despite the results today, I think every region has its own strengths,” Shunn explained, “the LCS teams are very good at ganking. They like to gank a lot and if you are not careful, you will be ganked many times.”

Up next for Shunn and the rest of Flying Oyster? RNG.

“This will be a very important game. I believe that this is what will decide whether we make it to the top eight or not,” Shunn said.

For now, Shunn and his teammates will celebrate. Meanwhile, the rest of us will mull over one irrefutable fact: PCS > NA.