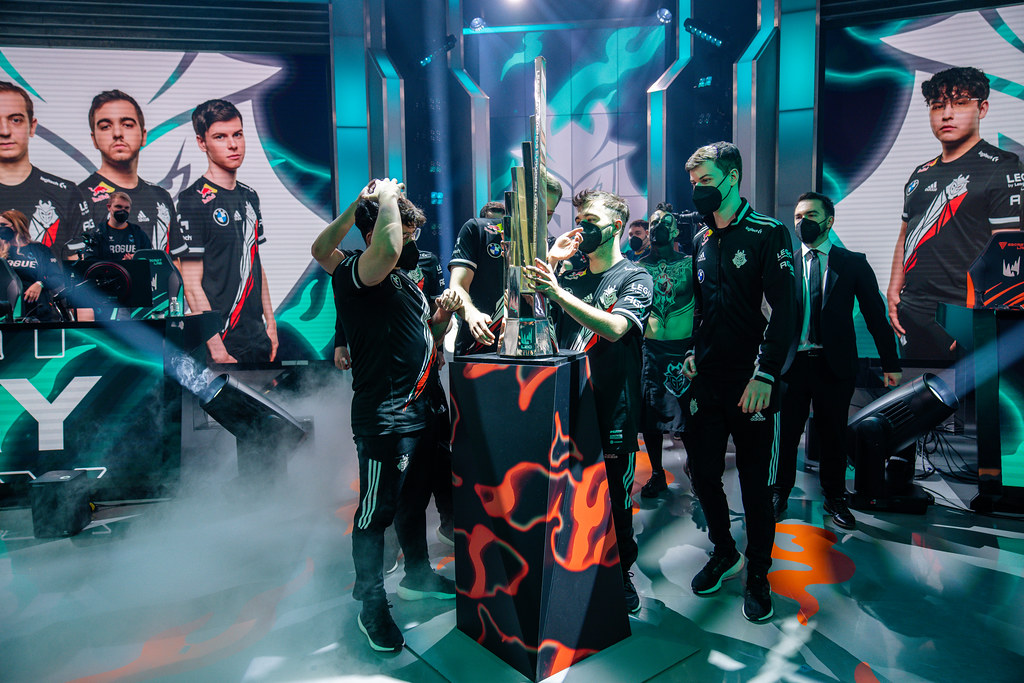 Following G2 Esports’ LEC triumph, Laure Valée did a post-game interview with G2’s bot lane Flakked & Targamas. Both players won the LEC for the first time in their careers and the partnership that they formed is extraordinary. From two inexperienced players to two LEC champions, both have bragging rights now and it is quite deserving. Next on the menu will be MSI and G2 is looking hungrier than ever. Here is what both Flakked & Targamas had to say after winning the LEC:

Question from Laure: First title for both of you! Flakked, first thoughts of winning the LEC?

Flakked: It feels amazing, especially because I didn’t win anything in my career. My first title being in the LEC just feels amazing.

Question from Laure: Targamas, you are used to winning from last year in the LFL. How does this one feel?

Question from Laure: What did you learn from your first split in the LEC?

Flakked: The thing I learned the most was how to be more demanding in order to get through the laning phase or carry the game. Especially in the beginning, you could see in so many games in regular split when Targa is just going top lane and I am not calling anything so I get denied four waves. Demanding what I need is what I learned the most.

"Personally (laughs), I really want to beat T1, of course. I think it's going to be so helpful, especially for me because I never had international experience. I just hope that we make Europe proud at MSI."

Question from Laure: Where do you see the improvements with the level of play that you had.

Targamas: I am just grateful for the team. The trust they put in me, because its always something I was lacking in my team in the past. The fact that everyone in the team trust me how I do stuff, it motivates me more to prove that they are right. I think I grew up a lot from my past experience in esports and I am really grateful for my team.

Question from Laure: Flakked, anything you would like to add to that? And also the synergy that you have built together.

Flakked: I really love playing with Targa. I think he is the best support in Europe. I am really grateful for everyone, but especially for Targa. He helped me a lot and I wish I can keep learning from him.

Question from Laure: MSI will be the first international event for both of you. What are you looking forward to?

Flakked: Personally (laughs), I really want to beat T1, of course. I think it's going to be so helpful, especially for me because I never had international experience. I just hope that we make Europe proud at MSI.

Targamas: I think it's going to be a fun match-up. I respect Keria a lot because he is a support who loves to play weird stuff as I do. I am really looking forward to playing against them but overall, I am really happy to go to MSI with my team and I am really confident because what we showed in the past series is really good gameplay.