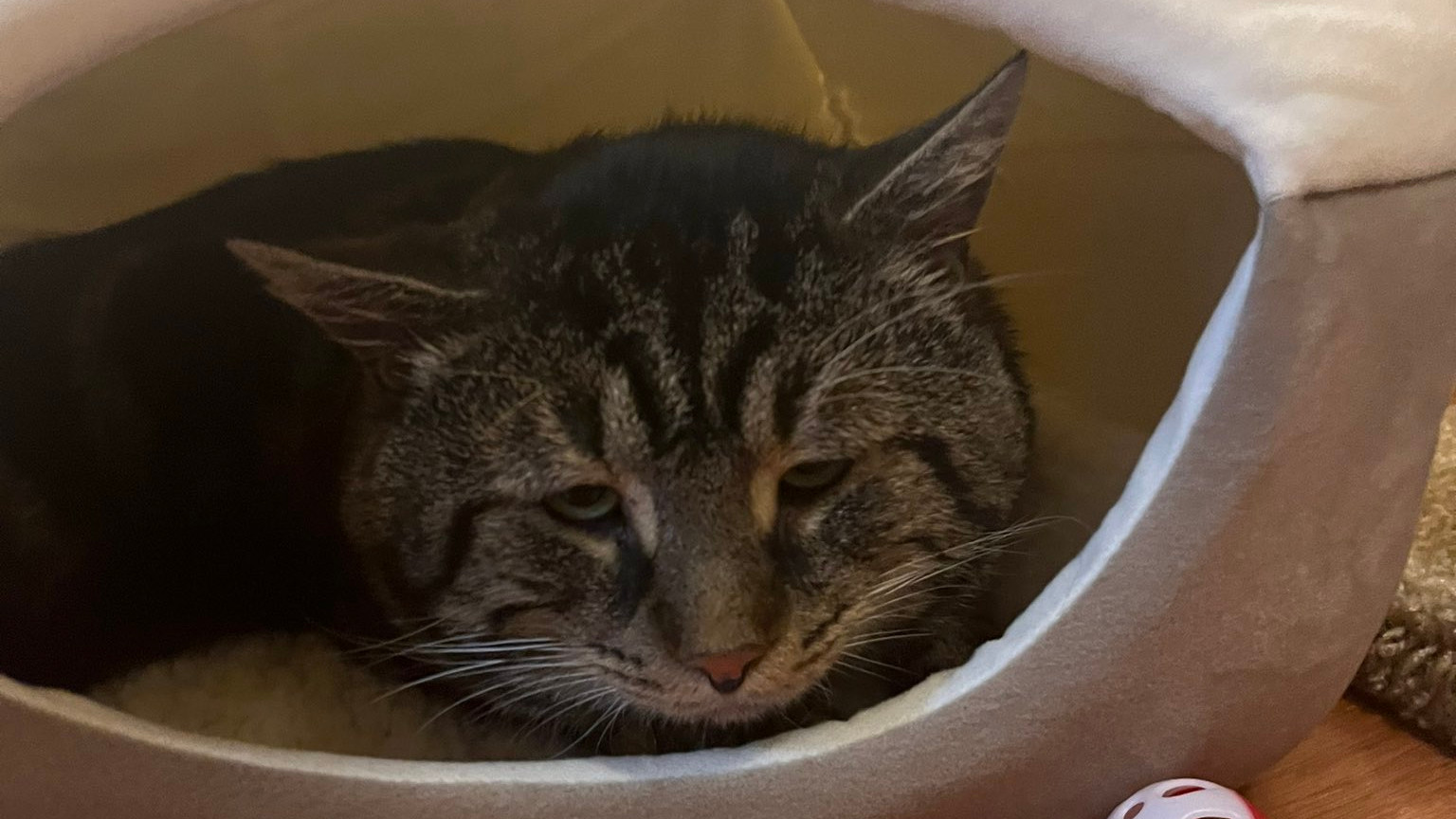 November 24 marked Thanksgiving in the United States but despite the mountains of food, some Twitter users were left with an empty feeling. That’s because of Fishtopher, an incredibly sad-looking cat whose adorable face, and subsequent adoption, have taken the website by storm.

The origin of Fishtopher

Twitter users first became aware of Fishtopher from a tweet by user @mollyaclarke, which shared the cat’s Petfinder page. He was living at a shelter in New Jersey, where he had been for the past five years. Fishtopher was described as “very sad” and “wouldn’t even look up for pictures”. The post quickly went viral, garnering nearly 24,000 retweets and nearly 170,000 likes. @mollyaclarke went on to say that she would cover the adoption fees for Fishtopher if needed.

But who was going to take home the internet’s new favorite boy? Many of the replies indicated people were resharing the post or submitting inquiries about him. However, as the food comas set in and November 24 became November 25, no word about Fishtopher had been received.

On November 25, Twitter user @honkinn made the announcement the internet had been waiting for. Their boyfriend had officially adopted Fishtopher. A dedicated account was quickly set up so the Internet could continue to enjoy their latest favorite feline in his new home in Maryland.

However, Fishtopher was not the only cat to receive a Thanksgiving miracle. Seven other cats were adopted from the same shelter. The shelter attributed this to the wave of attention they had garnered from Fishtopher’s viral tweet.

With Fishtopher settled in his new home, the @mrfishtopher account had begun to share ads for other cats seeking adoption. Their hope is to help as many animals as possible find their forever homes as well.