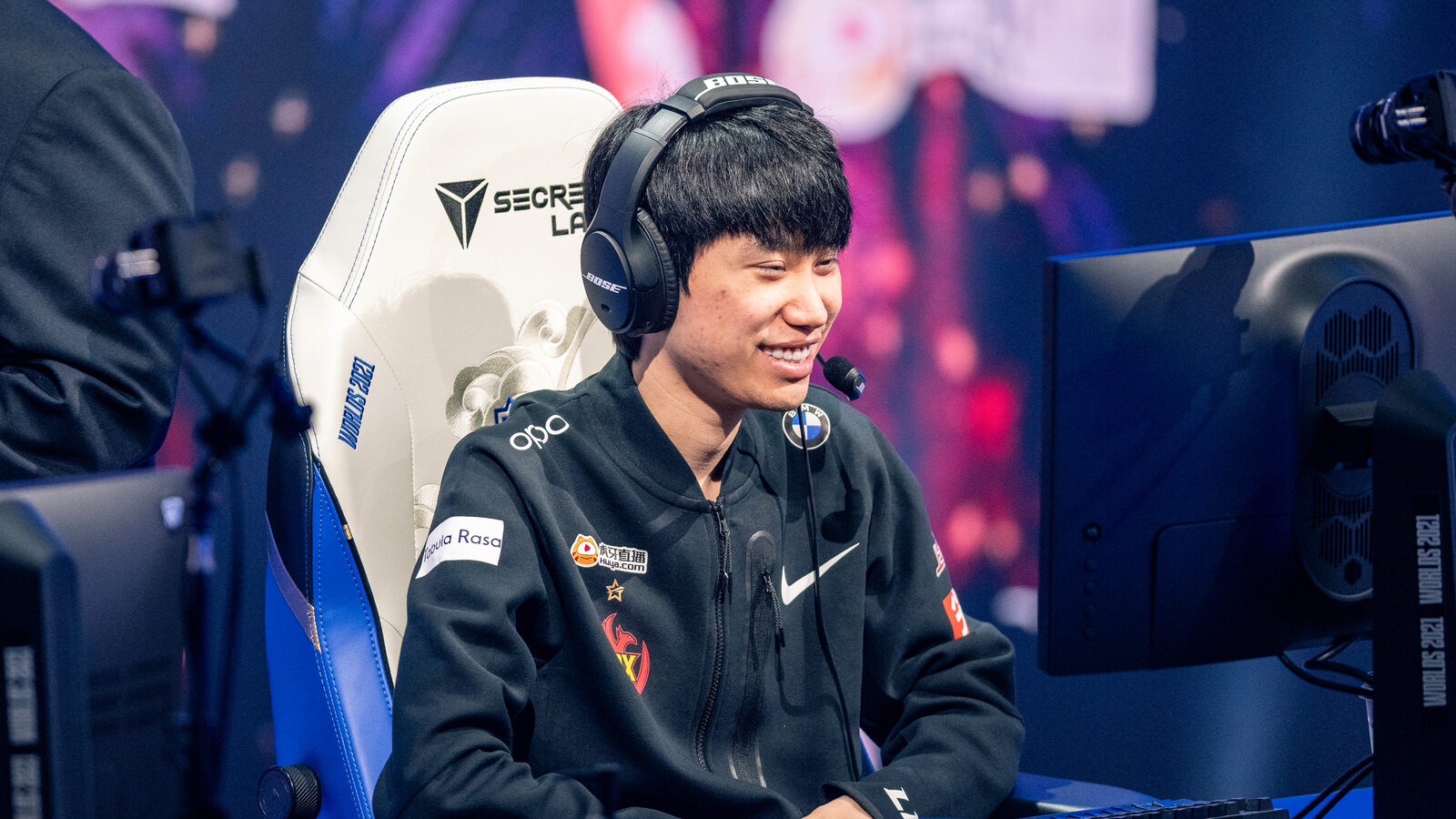 Fatherhood incoming: Super Carry Doinb and his wife are expecting a child

Although Super Carry Kim “Doinb” Tae-sang narrowly failed to reach the 2022 League of Legends World Championship, he is about to evolve into Super Daddy Doinb: on Sep. 8, he announced that he and his wife are expecting a child on Twitter.

Yes, everyone agrees that Super Daddy Doinb is a fitting title for the 2019 World Champion. The community lead the charge hard enough that his former team, FunPlus Phoenix, also joined the chants.

Back then, Doinb promised his wife, Umi, that he would “take them to Paris”—as in, reach the world finals. After the victory, he dedicated his championship skin to her as he picked her main, Malphite, to receive the FPX skin.

However, his current team, LNG Esports, fell to Royal Never Give Up in the regional qualifier decider in a closely fought 3-2. The series capped an impressive run by LNG, who went from afterthoughts to almost qualified for Worlds.

“I originally wanted to share the joy with you (all my supportive fans) after winning the qualifying tournament of S12,” Doinb said on social media. “Despite the bad turn of events, I will continue to bravely move forward and much gratitude to you all.”

A wholesome moment celebrated jointly with the community

Doinb’s statement hits all the right heartstrings: from expressing gratefulness to his child for “choosing” him as the father, to thanking his wife for her resilience and support as he focused on qualifying for Worlds 2022.

“Staying alone throughout the first trimester has been hard, however you and our baby have given me a lot of motivation to move forward,” he said.

League of Legends esports personalities, content creators, and fans have sent congratulatory message replies to the player as he opens a new chapter in his life—with his pro career still ongoing. Here is to more wholesome moments!