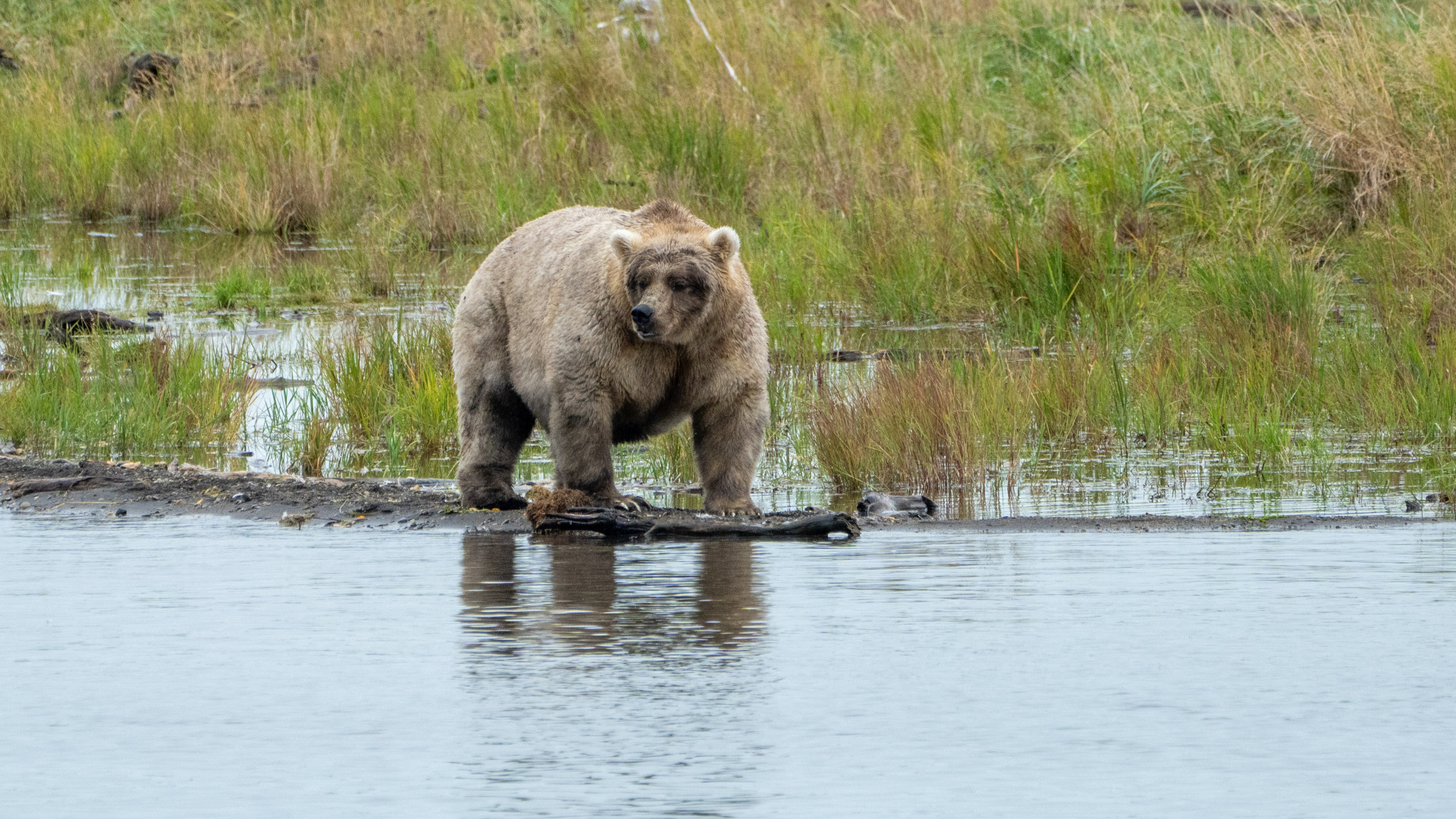 Forget Worlds and the Rio Major RMRs. Don’t worry about what Jerma’s up to or whether Overwatch 2’s servers are stable yet. Instead, you should be focusing on Fat Bear Week.

Jaxon has the inside scoop on the hottest gaming event the natural world has to offer.

What is Fat Bear Week?

The team at Alaska’s Katmai National Park have run Fat Bear Week since 2014. The competition has evolved from a one-day event to a week-long spectacle. The premise is very simple – twelve bears compete in a single-elimination public vote bracket to determine who is truly the fattest bear of the year.

According to interpretive park ranger Felicia Jimenez, who spoke with Jaxon for this article, the primary mission of Fat Bear Week is an educational one.

“Fat Bear Week helps us draw attention to the work we do: protecting the ecosystem we have here at Katmai,” Ranger Jimenez explained, “Katmai is one of the few places left on Earth where the Sockeye Salmon run. We had a record run this year, which is really great. But the salmon require clean, cold water and that’s something that is affected by climate change and pollution. So if we can teach people about the bears, but also make people aware of the wider world around the bears, that’s really important to me.”

“Katmai is really remote,” Jimenez told Jaxon, “the only ways to get here are by float plane, or by water taxi in the summer. Coming to Katmai is often a once-in-a-lifetime experience for people. But we believe that everyone should be able to see the bears. So we have our bear cams and we have Fat Bear Week. And then we’ll have people tell us when they arrive that it was the bear cams or Fat Bear Week that made them want to come, and that is really special every time I hear it.”

But, at the end of the day, it’s also about highlighting some heckin’ chonkers.

“Fat Bear Week is just something nice and fun,” Jimenez said, “there is a lot going on in the world but maybe you don’t want to turn on the news and hear a lot of bad things. So we run this fun tournament online that people can engage with.”

October 5 marks the first day of polling for Fat Bear Week, following the bracket reveal on October 3. Matchups take place on a daily basis before the final on Fat Bear Tuesday (October 11).

So let’s highlight some of the bears competing this year:

If Fat Bear Week is the LEC, then 480 Otis is its G2. He’s the defending champion from 2021 and also holds three other titles (2014, 2016, 2017). A true veteran bear, he has perfected his laning phase and plays patiently to ensure maximum feed. According to Ranger Jimenez, 480 Otis is still carrying some weight from last year and with an iconic legendary 42-salmon game in his highlight reel, he’s an absolute master of river play.

A potential finals opponent for 480 Otis lies in Ranger Jimenez’s personal favorite – 747. A certified big boi (seriously, he might be one of the largest brown bears on the planet), 747 dominates the river like Bengi before him. While many bears use aggression to stake their claim, 747’s sheer size and presence is enough to keep the Fat Bear Week 2020 champion at the top of the food chain.

If we had to pick an outsider (a Team Spirit to our CS:GO major if you will), we’re backing 854 Divot. Not afraid to stand her ground, Divot is less of a jungler and more of a determined engage support. She loves to roam and has struggled with knocks and injuries in the past. Her run to the championship will have to go through Otis, but if you love an outsider, back 854.

“Last year we had nearly 800,000 votes. We are hoping that we can top one million votes this year,” Ranger Jimenez revealed to Jaxon. It’s an ambitious goal but one that the team at Kamai has a chance to break. Ranger Jimenez told Jaxon that Fat Bear Week has shown year-on-year growth.

So if you are jonesing for some IRL Tibbers, or just want something to do before your favorite team plays their next match, head over to the official Fat Bear Week website and start casting your votes from 6pm CEST on October 5.