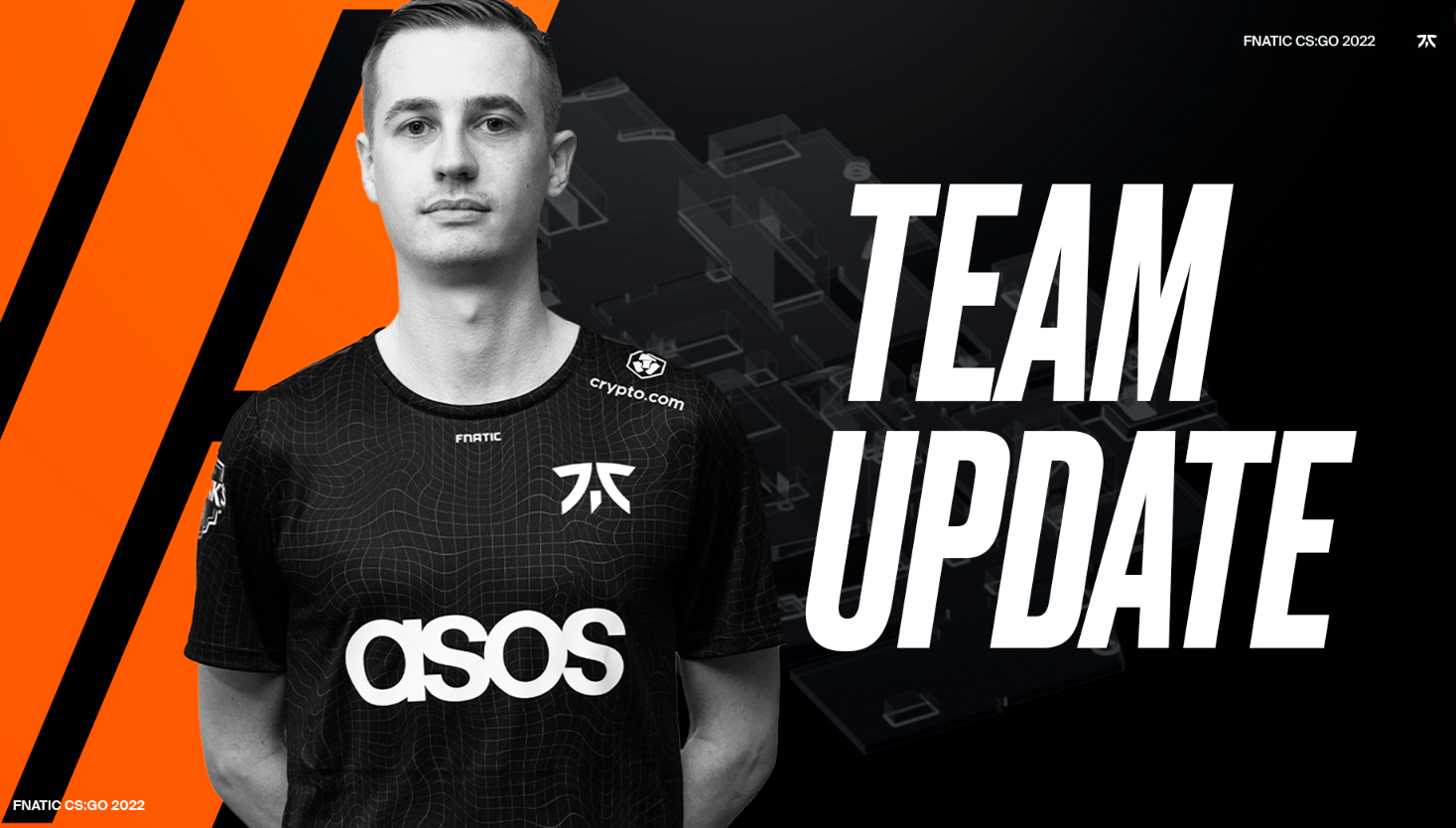 Dion “FASHR” Derksen will be the fifth and final member of Fnatic’s CSGO revamp, the organization has announced via their website.

Joining from Danish organization ECSTATIC, the 26-year-old Dutch player was one of the highest-rated players on his former team, who peaked at #16 in the HLTV rankings earlier this year.

“I feel honoured and humbled to be wearing the iconic Black and Orange. I’m confident that together with my new teammates we are able to achieve great things. We’re aiming to build a new, lasting dynasty with this team”

In their press release, Fnatic says that FASHR and Fredrik “roeJ” Jørgensen will make up the aggressive core of their rifles. William “mezii” Merriman and Freddy “KRIMZ” Johansson will be the more passive elements.

They also state that they know that the levels Fnatic aim to compete at differ from what FASHR is used to at ECSTATIC.

“Our priority will be to level up FASHR’s play and team cohesion as we progress through the upcoming year…Dion has expressed his passion and desire to grow as a player, and we aim to develop him with our HPU (High-Performance Unit) in the coming months.”

They continue to say that “versatile” mezii will continue as the team’s IGL.

Your first chance to watch this new Fnatic roster will come in ten days when they start to battle it out in the IEM Rio Major qualifiers. Their LAN debut will come at the end of the month, with ESL Pro League Season 16.

I'm ecstatic for FASHR... sorry, I'll see myself out