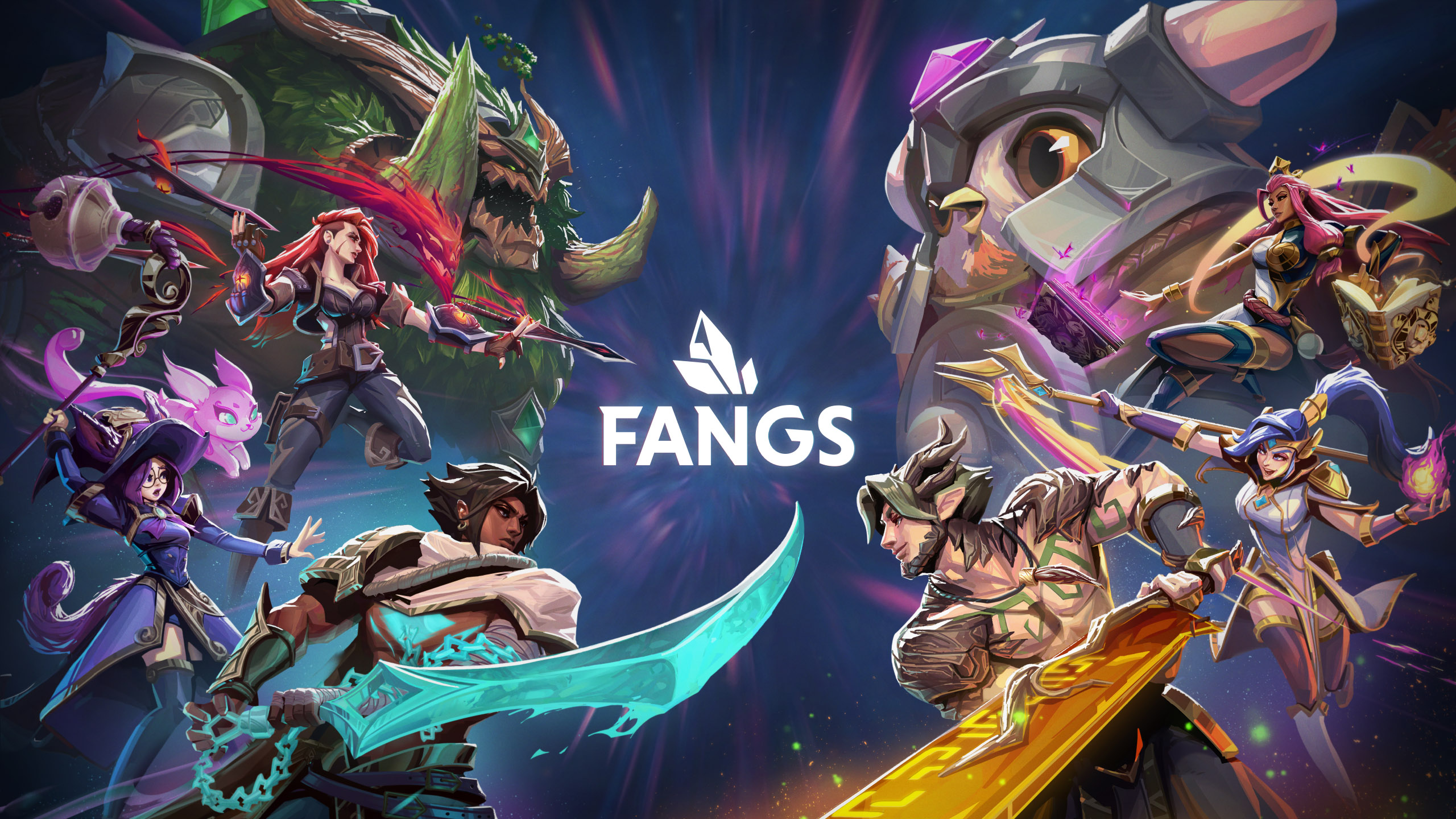 Fangs is heading into dangerous territory. Everyone wants to make the next League of Legends, so new MOBAs come out constantly. Yet, how many MOBAs do you know that aren’t named LoL, DOTA 2 or Smite? Oh, you played Battlerite? Heroes of the Storm? Those are on life support now.

But Hidden Leaf Games, the developers behind the game, have a few cards up their sleeves, giving Fangs a chance to succeed in this harsh space.

MOBAs are highly competitive games that usually bring with them a massive burden of knowledge if you want to play them half-decently. More than 100 characters, dozens of items, multiple roles and frequent patches.

You need so much information to truly get into a MOBA that you’ll rarely see anyone who plays multiple games in that genre simultaneously.

This aspect of MOBAs, paired with the fact that they usually require 10 players per match, skill-based matchmaking and ideally low ping means that making a successful MOBA is extremely difficult. You’ll need a relatively large player base for your game to even survive.

With all that in mind, being sceptical whenever a new MOBA is announced is, frankly, completely understandable. Yet, I do think Fangs has a chance. Why? Because of Steve “Guinsoo” Feak.

Guinsoo – One of the fathers of MOBAs

Steve Feak is credited as “the mind” behind Fangs. Why is this a crucial detail in the game’s possible success? Because Feak has impacted this genre since its inception. The MOBA genre began as a map mod in Warcraft III’s editor mode. A specific map was made by a modder named “Eul”, which the creator called “Defense of the Ancients (DotA).

He eventually left the project, leaving it essentially open-sourced for anyone to change. His map became DotA: All-Stars, which was a sort of best-of-other community map. It was created by a modder named “Meian” and then passed onto “Guinsoo”, aka Steve Feak.

I know this sounds quite vague, so let me explicitly mention a few of Guinsoo’s long-lasting chances to the MOBA genre. He was the creator of Roshan in Dota and Nashor (literally Roshan backwards) in LoL. The towering being was named after his bowling ball.

After exiting DotA: Allstars, he joined Riot Games and helped create League of Legends, designing or assisting in the design of 29 champions. He left the company in 2016.

Alongside Icefrog, he is one of the very few true MOBA “ogs” still in the industry.

Having someone like Feak at the helm doesn’t mean immediate success, though. Both LoL and Dota 2 have changed considerably in the last 6 years and the MOBA landscape as a whole suffered a lot of alterations. The two titans cemented their position and grew to a point of seemingly no return.

If you want to make a MOBA that succeeds, you need to do something different.

Let’s take Smite, for example. It is one of the rare cases of a MOBA that manages to stay relatively successful exactly due to its uniqueness. It is a 3rd person action-game fused with a MOBA and plays very differently than either of the two giants.

So, what is Fangs bringing to the table?

This description on the developers’ website has a main focus on a very interesting concept: skipping the “fluff”. MOBAs usually always have the same “blueprint”. There is an early, mid and late game. Heroes/champions need XP to level up and gold to items, becoming more powerful as the game goes by.

Fangs seems to be skipping right over the first two stages, focusing instead on expanding the way the end-game plays out. It also changes the 5v5 staple into 4v4, likely due to the reduced map size.

This development update further illustrates this point. The game is focused on macro gameplay with two ways to achieve victory while giving players enough tools to have micro-intensive team fights from the get-go.

An augment system will let you improve and noticeably change your skills throughout the game, essentially replacing what the items do in other MOBAs, without the economical side of those games. There is no snowballing, so it will all come down to the macro, micro and build decisions you make on the fly.

What to expect on EA release?

The game now has 14 playable heroes divided into three classes: Melee Fighters (5), Ranged Carries (4) and Supports (5). The Early-access release will bring a single game mode, Aspect-Mode, which will be the primary game mode for Fangs. There will be casual and ranked queues. More game modes are coming in the future.

These two maps will be available on release. As you can see, they’re not only visually different, bush placements change between the two and will have an impact on gameplay. The map is much more arena-oriented, quite reminiscent of the one used in LoL’s game mode Nexus Blitz.

There are essentially two lanes available, but the distance between them is almost non-existent. The main conflict points are in the top and bottom areas of the middle of the map.

Can Fangs make it?

Fangs does have a lot going for it. The studio behind the game is extremely new, but having someone like Steve Feak on the team is a massive bonus. The project seems to be trying to bring a few new things into a genre which hasn’t been innovated in a long time.

I do have a few reservations, though.

A game focused on “skill shots” only and with a heavy team-play focus can face a lot of problems. Rewarding high mechanical skill is great, but as I’ve pointed out before, MOBAs require pretty sizeable player bases and that means that you’ll need to have easier characters to bring people into the game.

The end-game only, team-play-focused approach can heavily backfire. There is no mention of how queueing will work, for now, so something like playing solo into a 4-stack will probably not be a fun experience.

Trying to make the game work in a rewarding way with 3 randoms where there seems to be very little you can do alone (unlike games like Dota and LoL where you at least have your laning-phase) might also become a problem.

I’ll solidify my opinions when I finally get my hands on the game on November 30th, when it becomes available to play on Steam and EGS in Early-Access, Free-to-play.