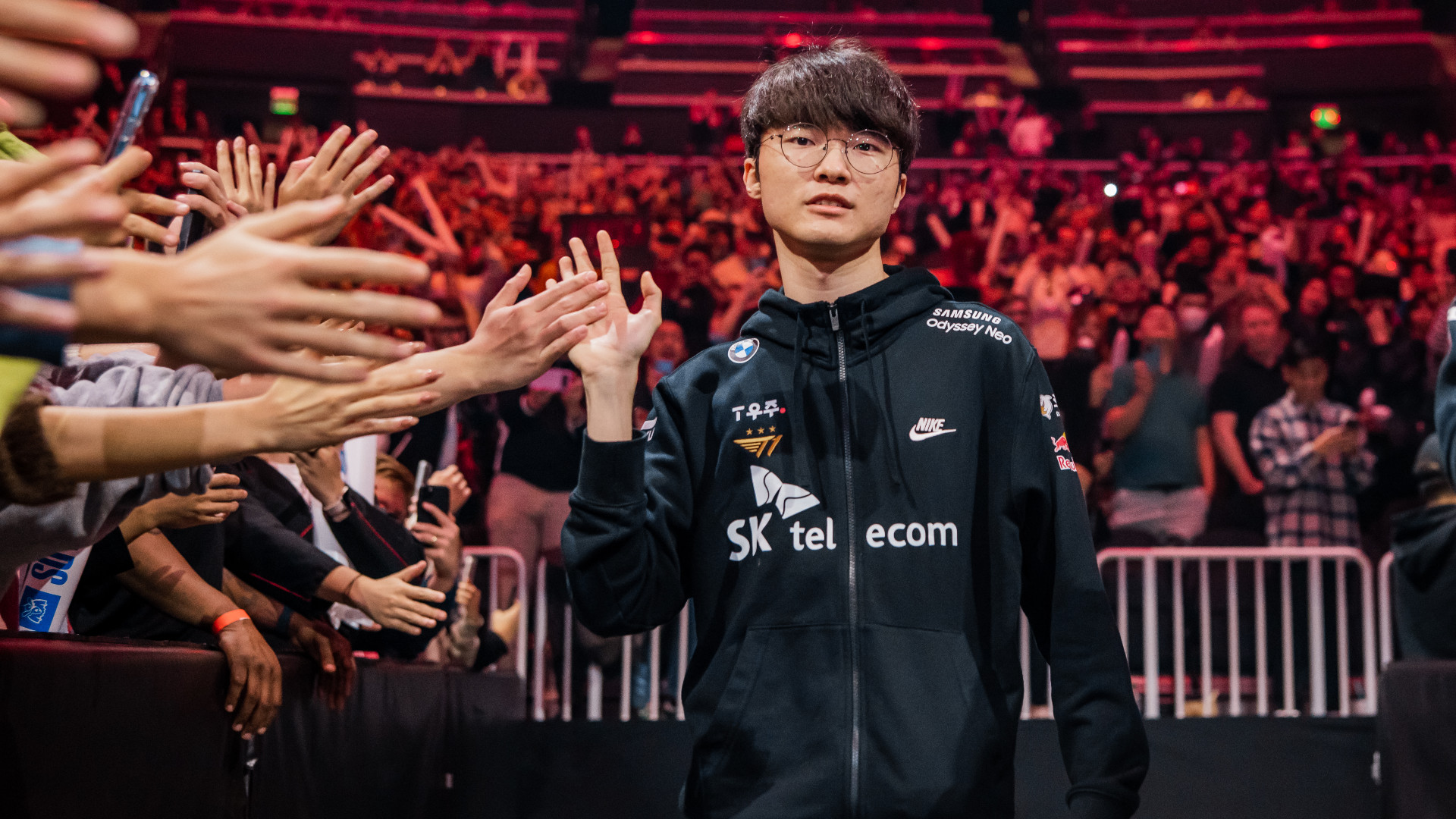 The King is Back

After years of heartbreak and disappointment, T1 and their legendary mid laner Lee “Faker” Sang-hyeok are finally set to play in their fifth Worlds final after defeating JD Gaming 3-1 in their October 29 semifinal.

For the first time since 2017, T1 will appear in the Grand Final of the League of Legends World Championship. After dropping the first game of their semifinal matchup to the Chinese first seed, JD Gaming, T1 rattled off three impressive victories to take the series.

However, the result means more to no one than Faker. The living legend has been with T1 since 2013, leading them to four Worlds finals and three Worlds titles. Despite this, his last appearance in the Worlds final came in 2017, when T1 lost to Samsung Galaxy. Since then, the team failed to qualify in both 2018 and 2020, while falling in the semifinals in 2019 and 2021.

“I am so happy right now,” Faker said via translator Park Jee-sun after T1’s win, “I think I will hold on to the feelings I have for a very long time.”

The victory also capped off T1’s dominant run to the Worlds 2022 final. They finished top of Group A with a 5-1 record before sweeping RNG 3-0 in the quarterfinals.

Faker’s record in the Worlds final

Faker and T1 have reached the Worlds final four times before. Their first appearance came in 2013, during Faker’s rookie season. There they beat Royal Club, who later become Royal Never Give Up. After failing to qualify in 2014, T1 returned to Worlds, and the final, in 2015. There they beat fellow Korean team ROX Tigers in what many considered the greatest best-of-five in Worlds history. In 2016, they became the first (and to date, only) team to win back-to-back titles as they took down Samsung Galaxy. However Samsung Galaxy, now Gen.G, would get their revenge in 2017.

Faker will have his chance to claim an unprecedented fourth Worlds title on November 5 at Chase Center in San Francisco. However, T1 will have to battle it out in a final against LCK first seed Gen.G or LCK upstarts DRX to do so.