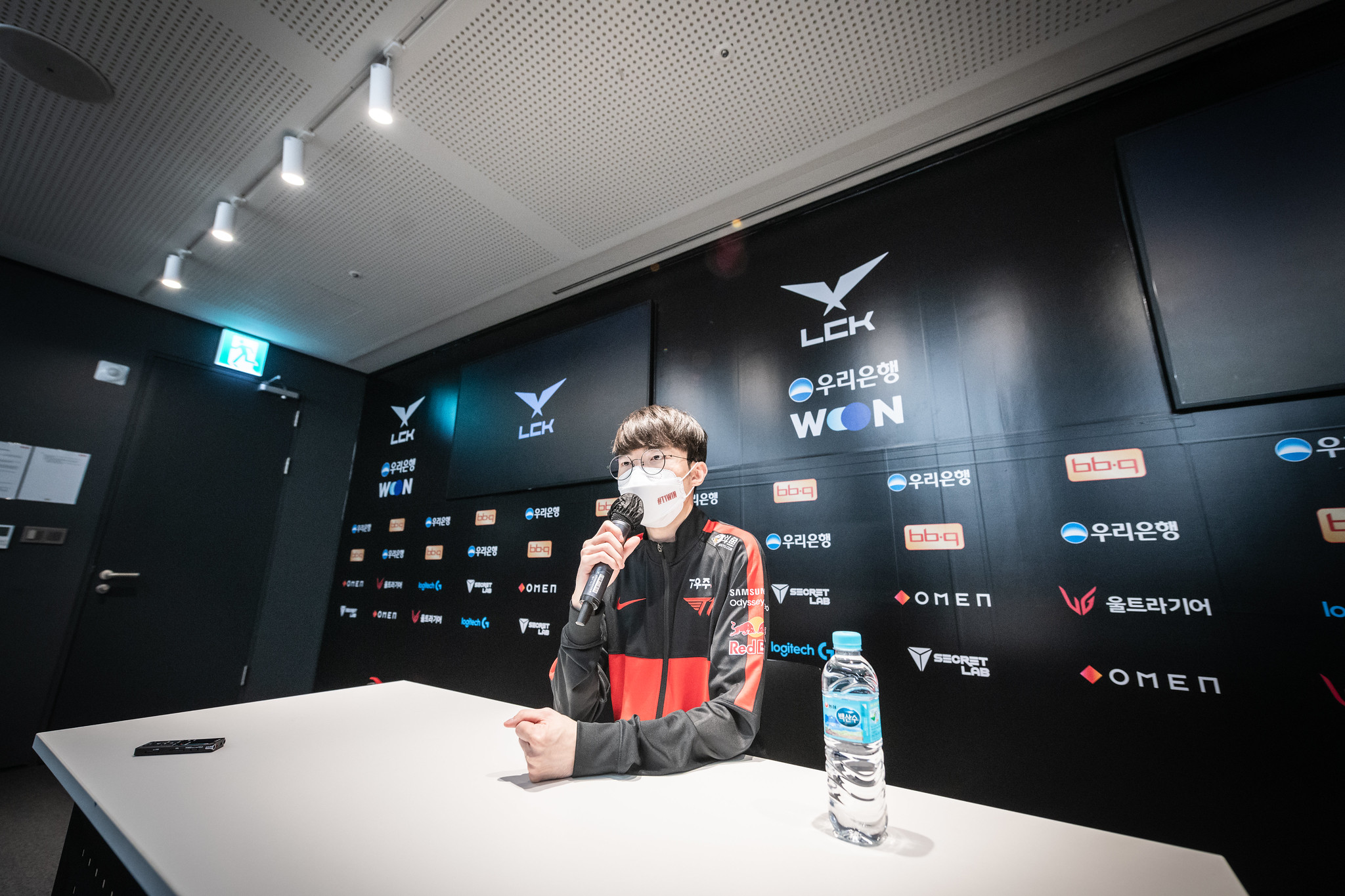 Fed up GOAT: Faker might boycott Korean solo queue as some LPL pros cause grief

If anyone were to open a dictionary, they would probably see Lee “Faker” Sang-hyeok’s face on the definition of “calm” and “greatest of all time.” But being calm doesn’t mean being silent.

In fact, Faker’s plan to boycott solo queue would be the biggest blow to League of Legends’ image in South Korea if it happens. Or should we say “when?” as this type of experience keeps happening:

In this game, Faker played alongside a top laner who, beyond feeding hard enough with the 0/16/2 scoreline to make EUW solo queue inters blush, refused to listen to and coordinate with his solo queue teammates.

Reddit user moonmeh noted in his translation of Faker’s speech that the player hates ‘this sort of person the most’ but that Riot does not seem to particularly mind the situation.

When Faker subsequently found out that “Turned to Leave” was TOP Esports’ substitute top laner, Qingtian, he went as livid as his calm mindset would allow. The GOAT was baffled: an LPL pro player had caused him grief again—as the problem with some LPL pro super accounts in the Korean ladder dates back to 2015.

Then, Faker dropped the boycott hammer.

Riot Games Korea has since acknowledged the issue and Faker’s statements, and they had no choice but to do it. Better yet, they should act: Faker’s open statements are a terrible look for a game that has a healthy esports ecosystem in the region. If your star player—and League of Legends’ poster boy since 2013—is openly critical, you have no choice but to address the issue.

Besides, it would be nice if such inting had repercussions on those specific LPL players as it also reflects poorly upon their league to have some pros run it down faster than an EU West Disco Nunu.

After all, those players' behavior reflects poorly on other fellow LPL players who are absolutely tearing it in the Korean solo queue ladder.