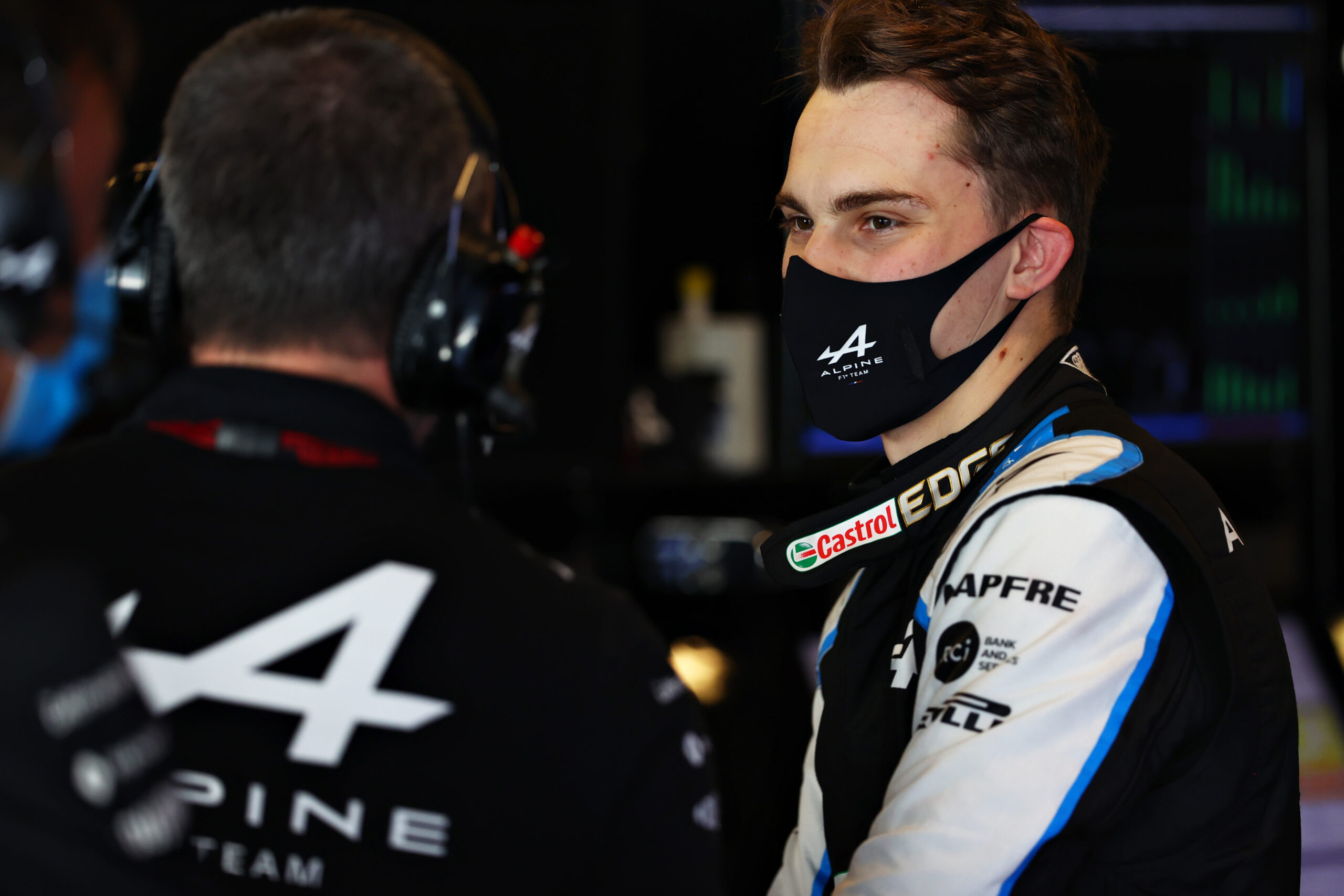 The beauty of playing F1 Manager is not signing the stars of today but signing that youngster with high potential and nurturing him to become one of the best future stars. Winning the championship with Verstappen, anyone can do. But bringing up the Piastri’s, Doohan’s, or Pourchaire’s of this world takes time and dedication.

From the reserve drivers of other teams to the development riders, these are the youngster with the highest potential in F1 Manager 2022.

In real life, Oscar Piastri has already entered Formula 1. The Australian will make his debut for McLaren in 2023, replacing fellow countryman Daniel Ricciardo.

The move was one of the more bizarre sagas of the past couple of years. First, Alpine announced him as a replacement for Fernando Alonso. But the 21-year-old didn’t end up pairing up with Esteban Ocon. With the now infamous “I will not be driving for Alpine next year” tweet, Piastri guaranteed a dedicated episode in the next season of Drive to Survive.

In F1 Manager 2022, Alpine’s reserve driver has one of the highest potentials in the game. Not only that, his contract with the team runs out at the end of your first season. With Piastri having won Formula 3 in 2020 and Formula 2 in 2021, he’s worthy of an immediate call-up. If not, he should be top of the list of high-potential signees for your first offseason as an F1 manager.

Piastri starts off as one of the highest-rated non-starters. The young Australian has been given credit as a Qualifying beast.  He shines in braking (85) and cornering (83), meaning that if given clean air on Saturday, he can hang with the best.

But he’s far from a complete F1 driver just yet. His adaptability (59) is problematic, giving him trouble in changing weather conditions, and he runs through tires at an abysmal pace with a smoothness of just 48.

His racing stats, overtaking (63 and defending(63), need some work as well.

Piastri needs some work to jump to a starting position. If given enough practice time in the first season, he can be called up in your second as a secondary development driver.

McLaren made the right call identifying him as the highest potential driver outside the F1 grid, but will you in your own career as F1 manager?

While losing Piastri to competitor McLaren was a blow for Alpine, they have their next rough diamond from Down Under lined up. Son of former Moto GP champion Micheal Doohan, racing runs through Jack Doohan’s blood.

Alpine snatched him up at the start of 2022 from Red bull’s driver’s academy, and they made the right decision. In his debut F2 season, the 19-year-old has claimed Sprint race victories in Silverstone and Budapest and won the features race in Spa-Francorchamps.

While Doohan is regarded as a future F2 champion, it might take him another couple of seasons to get there. In F1 Manager, his high potential places him much closer to the big league.

Doohan is regarded as a much more consistent driver than Piastri, which is reflected in his exceptionally high accuracy (85) and reactions (82) rating. He will be slower over one lap but is a relatively well-rounded driver, except for one glaring issue.

His low adaptability (61) is partially compensated by his concentration, but his main flaw is tire-management. A smoothness of just 41 will take quite some development to smooth out.

From one teenager to another. At only 19, Theo Pourchaire has built up quite the resume. In his second full F2 season, the Frenchman has risen up as the main challenger for Filip Drugovich. And while the Brazilian has already secured his 2022 title, Pourchaire can look back at a successful campaign and will enter the 2023 season as the man to beat.

Pourchaire’s path to F1 is already set, as the Sauber Academy driver is slowly being prepared to eventually occupy a seat at Alfa Romeo.

In F1 manager, you can snatch up this high-potential youngster from Alfa’s reserve position.

Pourchaire is very different than the other drivers on the list. His strongest assets are his durability, and he can be seen as a much more deliberate and passive driver. He shines in smoothness (83), braking (81), and cornering (76). This makes longer stints on harder compounds his main strength.

A clear weakness for Pourchaire is his wheel-to-wheel performance. His accuracy (64), reactions (54), and adaptability are not on par yet. But with some development, Pourchaire could become a starter for your next save relatively soon.