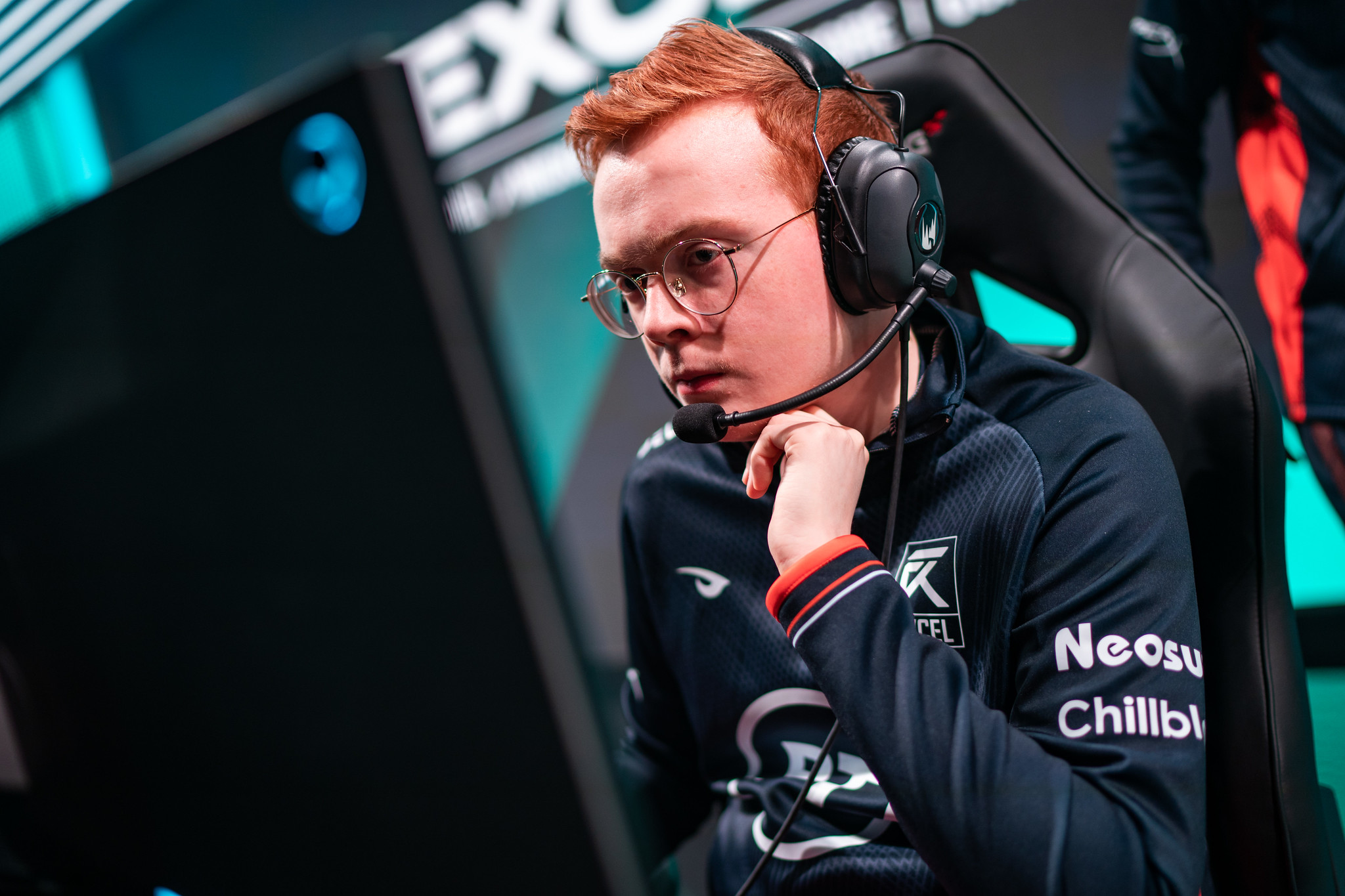 Excel Esports have announced on May 14 that they have released mid laner Paweł "Czekolad" Szczepanik and support Tore Hoel "Tore" Eilertsen from their LEC lienup. The team announced the news on their social media lineup ahead of the summer split, after narrowly missing the spring split playoffs.

The news follows after Dot Esports' report of the impending arrivals of Erlend "Nukeduck" Holm in the mid lane and of former Misfits Gaming support Petr "denyk" Haramach, and Excel's bootcamp that led to the final decision.

Excel had reportedly sent the two players home but could not field academy players as Tore and Czekolad had already played over 13 matches, making them ineligible to join the academy squad.

Excel had no direct ties with denyk, other than starting AD carry Patrik "Patrik" Jírů's familiarity with the support. The player reached the LEC in 2020 as Misfits Gaming signed him alongside Iván "Razork" Martín Díaz, reaching the playoffs in their opening split. However, the organization benched him since then.

In Nukeduck's case, the Norwegian mid lane veteran played in Origen  in 2019 and 2020 and received extensive coaching from Excel's current performance coach, Fabian Broich. The player also built a reputation as a versatile player with a strong laning phase and an emphasis towards teamwork over the years, a matter Excel may seek to pair with Daniel "Dan" Hockley's team-oriented jungling style.