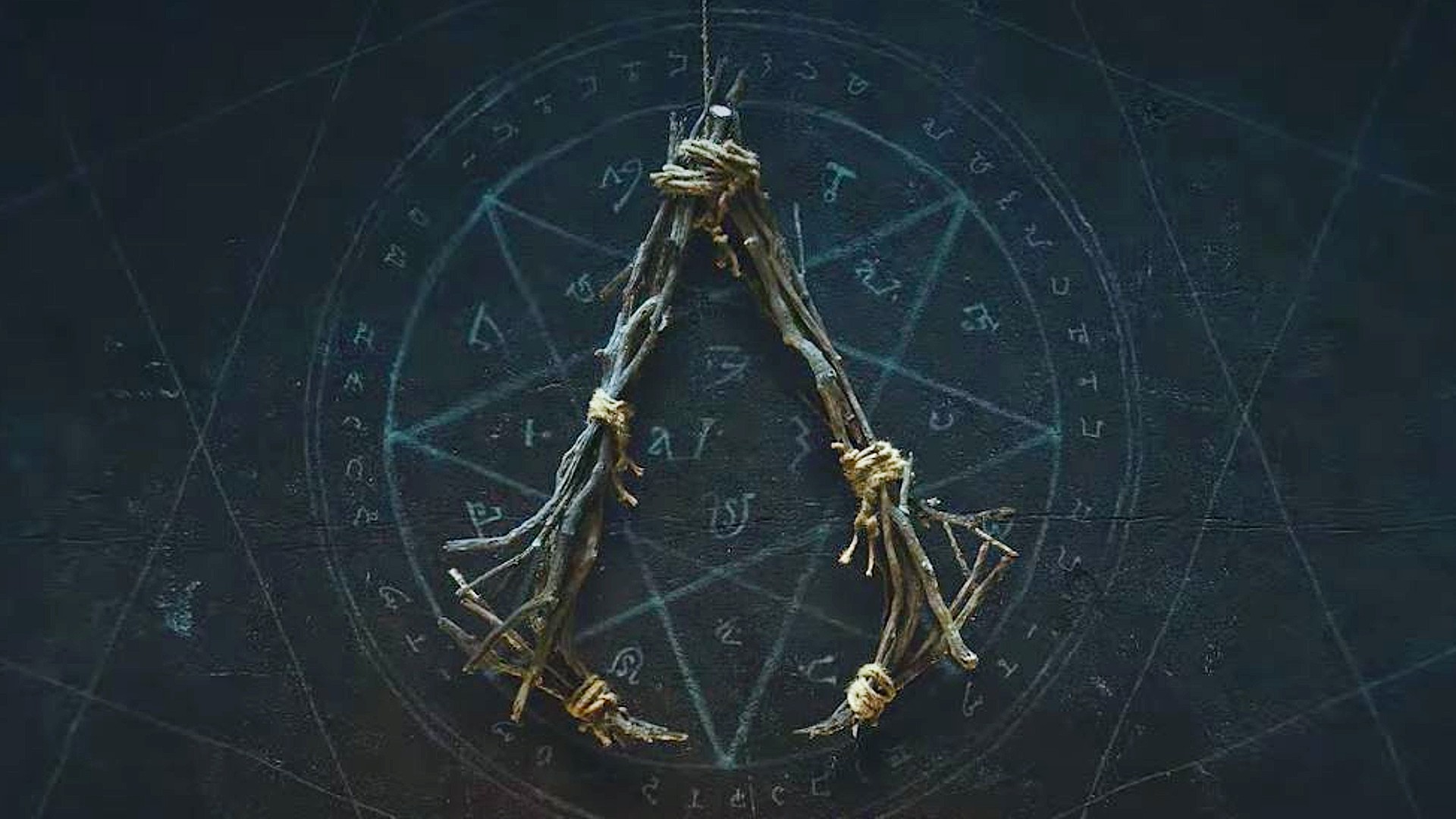 Everything we know about Assassin’s Creed Codename Hexe

Codename Hexe is a working title, like one of the other projects, Codename Red, it remains without a real title so far.

What is Assassin’s Creed Codename Hexe?

Assassin’s Creed Codename Hexe is described as being ‘a new flagship title’ in the series by Ubisoft’s Marc-Alexis Cotes. He continued to say ‘it will be a very different type of Assassin’s Creed game.’ What that means, we don’t yet know.

Although, from the tone of the reveal we can guess that Assassin’s Creed Codename Hexe will be far darker than previous installments in the franchise.

With an insignia made from broken branches and ominous music, there’s something of a horror tone eluded to within the reveal. Add in the rotting trees and floating leaves and could we be seeing supernatural elements within the game?

The reveal trailer for Assassin’s Creed Hexe is short, being just 30 seconds long. Despite this, it leaves plenty of room for the mind to wander.

We’ve already mentioned the ominous music, but what of the darks barking in the background? They sound like hunting dogs, factor in that with the forest appearance, and there are plenty of clues about the game’s setting.

The aforementioned insignia is hanging from a tree and twirling above an open flame. This backs up the concept of ‘horror imagery’ and again points in certain directions about the setting and era of Codename Hexe.

Marc-Alexis Cotes says he “can’t wait for our fans to tear apart that trailer and find out all its secrets.” But have those secrets already been revealed?

The setting of Assassin’s Creed Codename Hexe may have already been leaked by Bloomberg. Ubisoft is yet to confirm, but Bloomberg suggests the game will be set in 16th Century Central Europe. This would certainly line up with the horror imagery, as 16th Century Europe was host to Witch Trials.

Within those Witch Trials, up to 80,000 people were executed. Why? Because they were supposedly in league with the Devil. With hearsay and fear rampant, mass hysteria will be a key component of the game, just as it was in real life.

Horror then is somewhat guaranteed. Will Codename Hexe go a step further and include supernatural or magical elements, however? We’ll have to wait to find out, but we’re sure this setting will be fascinating to explore.

The game is being developed by Ubisoft Montreal, who previously worked on Assassin’s Creed Valhalla. They were also the team to work on the first Assassin’s Creed game 15 years ago. Valhalla is a brutal and violent Action-RPG, so expect similar elements here.

The lead developer is Clint Hocking. Hocking is responsible for the likes of Far Cry 2 and Watch Dogs Legion. Both are technically ambitious games, so we hope the same can be said for this one!

Codename Hexe does not yet have an official release date. However, it is slated to release after Assassin’s Creed Mirage and Codename Red. Mirage will release first, sometime in 2023.

You should potentially be expecting to wait until 2024 to get your hands on Codename Hexe.

This could be an exciting new direction for a franchise that was otherwise getting stale...again