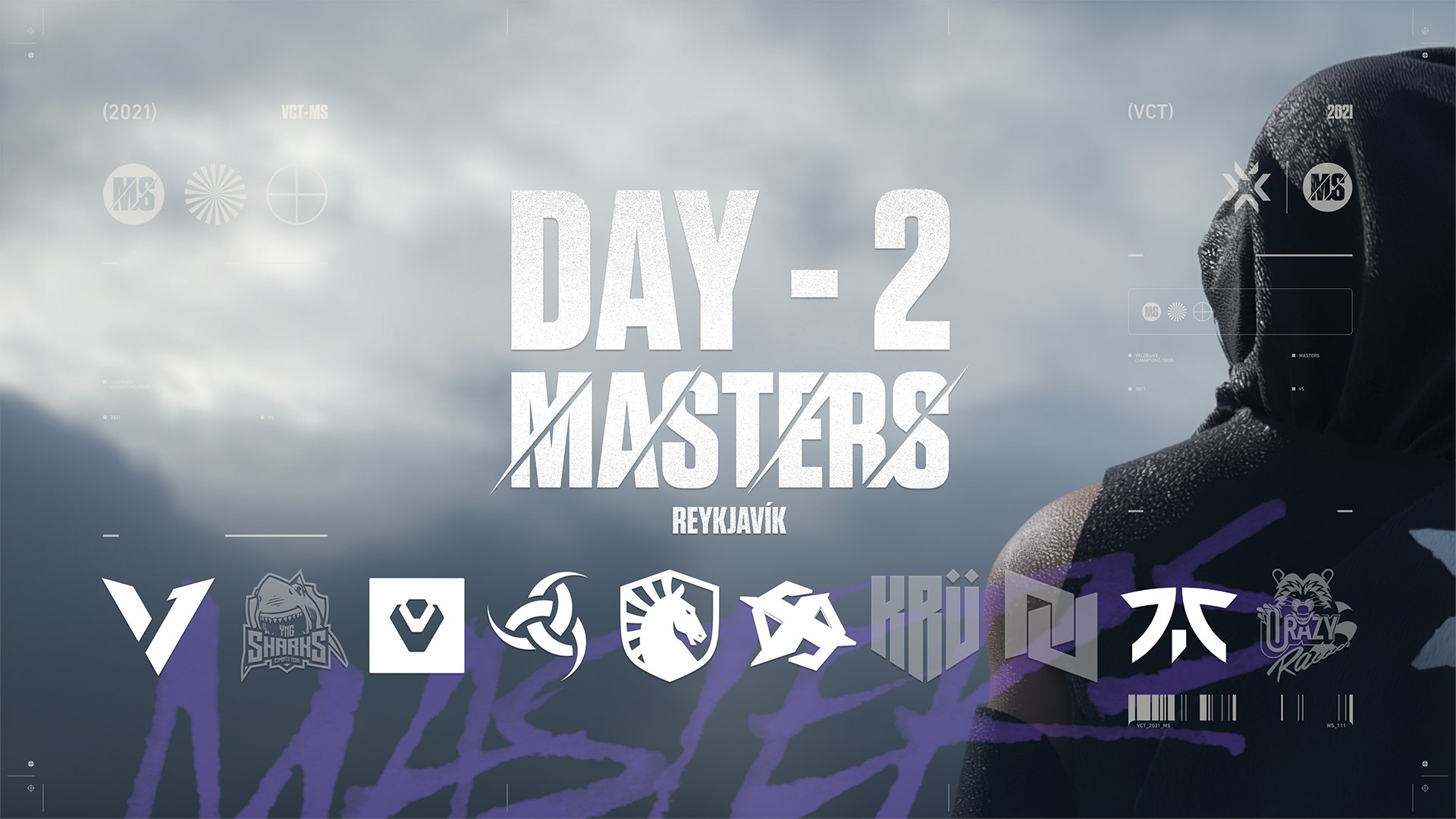 We're only into Day 2 of VCT Masters and are already getting into the most anticipated matchups outside of the finals.

Sentinels and Version1 from NA will be facing FNATIC and Team Liquid from, EU which will finally determine which region has the best players in Valorant.

EU is obviously the favorite, but can NA finally break out and become the dominant region in a new game? Let's find out!

The Brazilian winners, Team Vikings, started the day as they face off against X10 Esports from SEA.

These two aggressive teams started uncharacteristically slow on Icebox, but that changed quickly in the middle rounds as bodies started to fall more quickly on both sides.

Following a technical pause, the rest of Icebox was an absolute brawl, with some of the fastest rounds we've seen in Masters so far. In the end, Vikings edged out the map with a 13-11 victory.

X10 brought their patented aggression to Ascent on the defensive half of map 2 with some decent success early on before Vikings brought it back and took the lead. This was one of the more unique matchups we've seen thus far, with both teams struggling to put together a cohesive strategy. It was a bit messy at points, which doesn't bode well for either team in the next round.

Most fans expected Vikings to demolish X10, but the game ended up being the first overtime of the finals. In the end, Vikings was able to win the two overtime rounds and take the 14-12 victory for a 2-0 round. 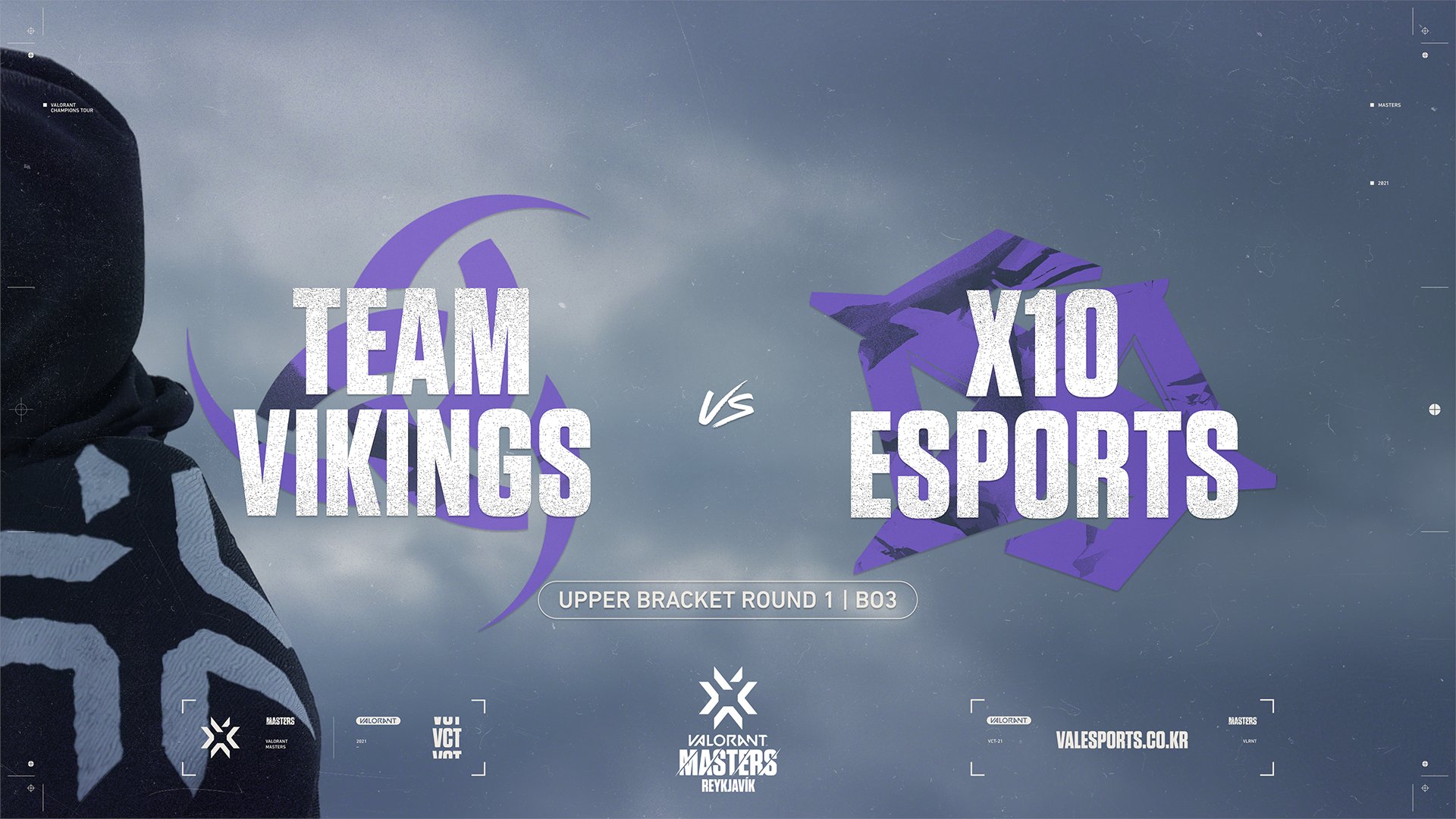 Team Liquid and Version1 kicked off the NA vs EU battle. This is the first place EU team against the second place NA team, so Liquid is a huge favorite going into the match - especially since V1 has an alternate on their roster.

We saw Split for the first time in the Masters in this matchup. Although Liquid went out to a first half lead on the back of ScreaM's frags, V1 kept their composure and was able to bring the game to overtime. Things were close until the end, but Liquid edged them out with a 16-14 win in the end.

Ascent may have been the best match of the tournament so far, with Liquid and V1 trading momentum the whole time. V1 started with a 5-0 lead and Liquid immediately brought it back to tie it 5-5.

For all the NA vs EU talk leading up to the first game, we saw how even the top teams in each of these regions are. V1 took this one 12-10, which was a huge surprise. This  Liquid roster was undefeated on Ascent up until now. Let's see what happens on Haven.

Haven was a completely different story. V1 OUTCLASSES Liquid in nearly every round. Everything went their way. It was pure dominance.

We had some massive clutches, huge mistakes, and complete confidence. V1 proved that they're here for a reason and one of the best teams in the tournament. They took Haven convincingly and send Liquid into the lower bracket.

Sentinels vs. FNATIC is the headliner for the day, as the most dominant team in Day 1 (FNATIC) takes on the winner of NA - and the region's best shot at winning the whole thing.

ShahZaM and the Operator were the story of the first half of Icebox. The Veteran dominated the A site, making it very difficult for FNATIC to push in. Sentinels led by 5 after the half.

FNATIC brought it back on defense, tying the game at 11-11 only to lose the next two rounds. Sentinels win 13-11.

Game 2 on Haven was similar to game one. This time, though, it was TenZ who showed-out on the Jett. Sentinels looked to take control early but FNATIC wouldn't go away that easily. Again, the two teams traded rounds throughout the bulk of the match.

We'll be back tomorrow with Day 3 to see if these teams can continue their winning ways.