The drought of pro Valorant play is finally over and the VCT qualifiers are in the rearview.

We're into the main event, with EU kicking things off this week.

We have an eight-team bracket, with the first round in the books. Here's a quick recap of the first day of competition, including the results. 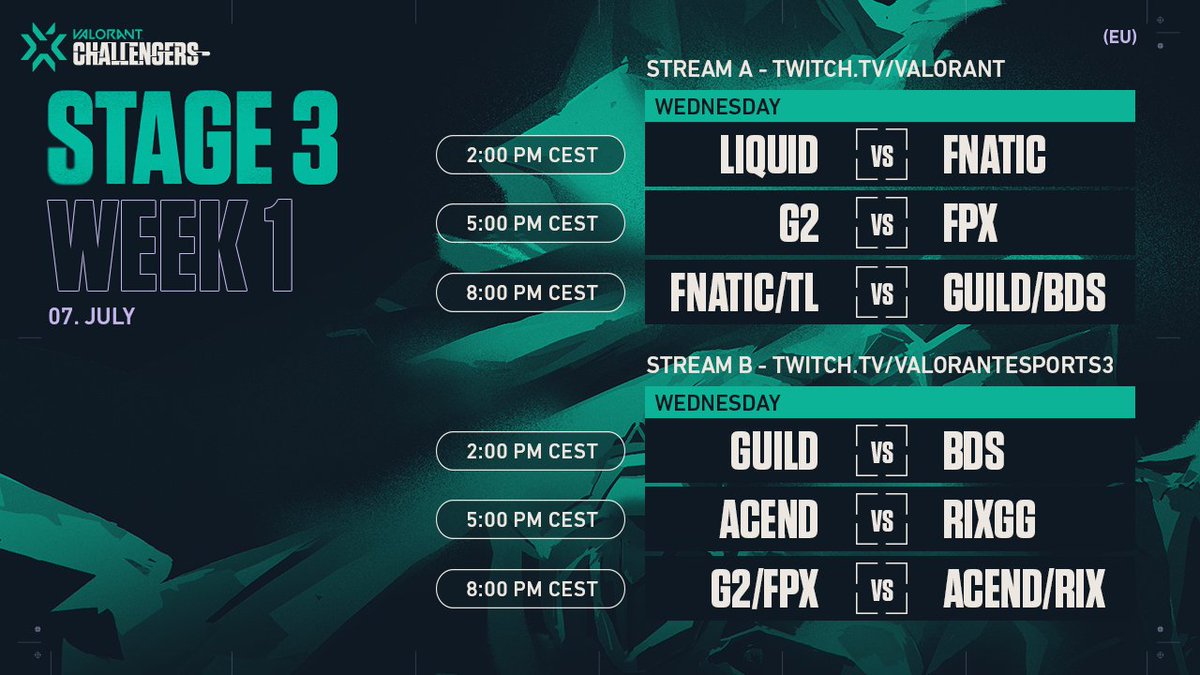 The FNATIC vs Liquid rematch was the most anticipated matchup of the day and it lived up to expectations.

Guild also took a hard-fought win over BDS, which they were expected to win.

FPX rolled over G2 on Icebox and beat them handedly again on Ascent.

Acend took control of Bind with relative ease, winning the map 13-6. They completely dominated on Ascent, sending RixGG to the lower bracket.

Take a look at all of the best plays from all of the Round 1 games in the video, below.

In the lower bracket, BDS took a massive lead on Split against Liquid, only to see the Masters representatives battle back and take the map.

On Haven, the teams went to overtime in a hard fought battle. In the end, Liquid ended up taking the map and the series, 2-0.

On the other side, G2 dominated RixGG. They look outclassed thus far in the tournament as the first team to be eliminated.

It's back to the drawing board for RixGG.