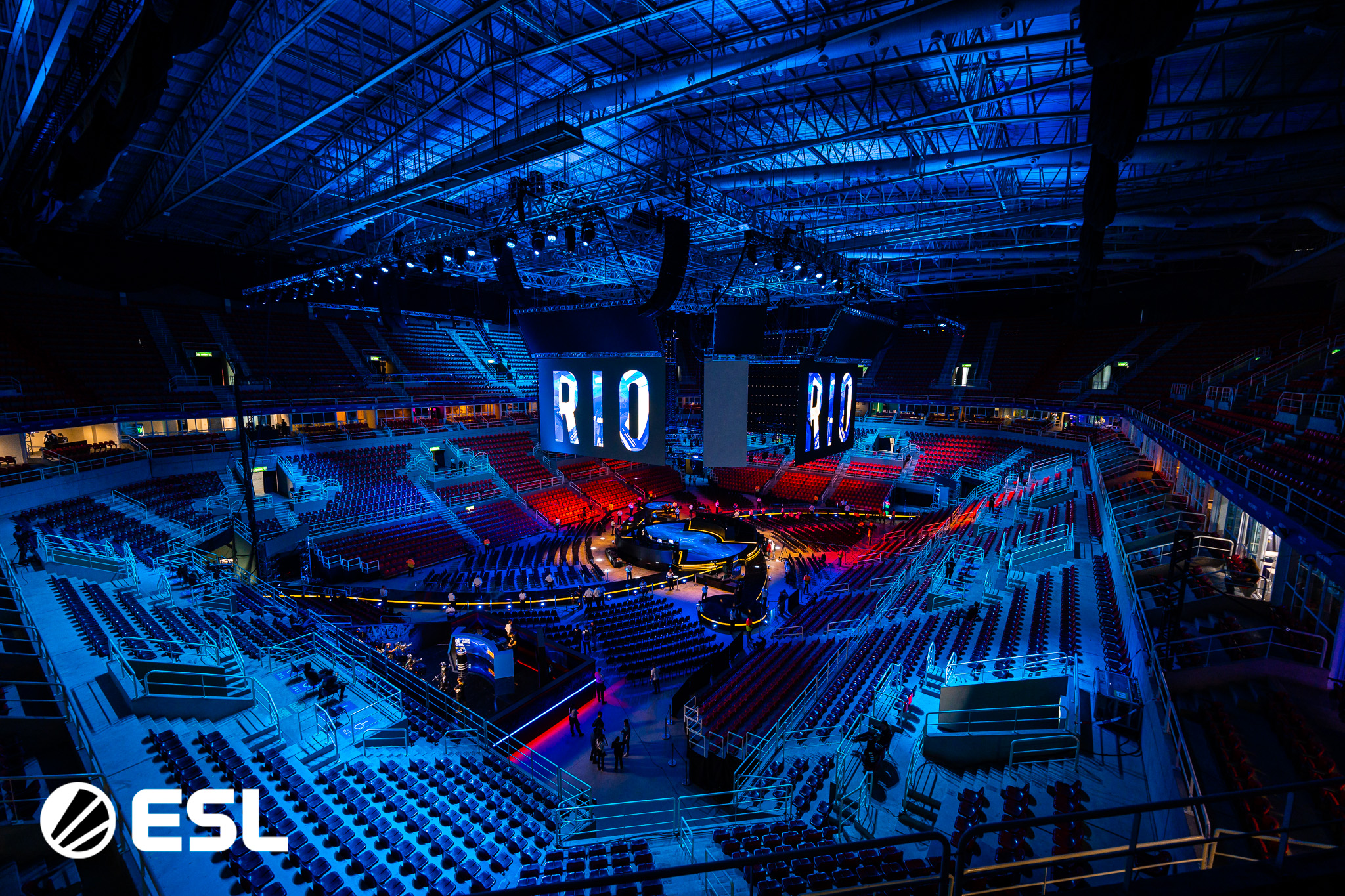 ESL has revealed the first image of the stage for the IEM Rio playoffs. The setup in the Jeunesse Arena in Rio de Janeiro sees players compete on a centered stage.

The setup differs from the usual ESL stages, as the company usually uses a front-facing stage. The setup is more reminiscent of the ELEAGUE Major: Boston 2018.

The Jeunesse arena will hold around 18.000 fans during the playoff stage, with more viewers expected to watch the games outside in the fan zone.

The action will kick off later today, with Outsiders taking on Fnatic in the first quarter-final. You can follow all the actions here.