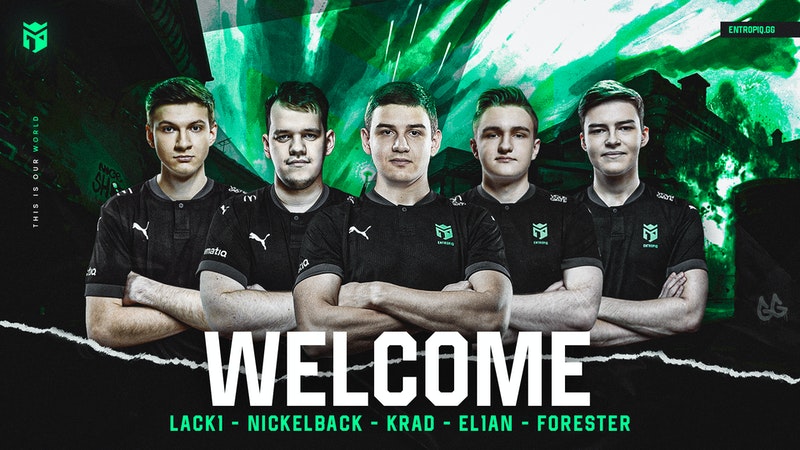 Day one of ESL Pro League Group A had sweeps all around. Unsurprisingly, G2 beat down on the Australian roster, but there were some surprises. For one, Mouz was unable to take down Entropiq, and Fnatic, as expected, fell short with two of their best players out.

The Australian roster wasn't able to do much of anything against a dominant looking G2, despite G2 using AMANEK as Aleksib is out. While they fell short against FaZe in the grand finale of IEM Katowice, G2 still does have a lot of firepower. The young star m0NESY along with NiKo and huNter- will be one of the best trios if they stick together for the next few years. Additionally, G2 should be fine over their next few matches with AMANEK as Aleksib recovers.

Mouz struggle with their new roster

Over the past two months following their roster changes, MOUZ has yet to find consistency in their results and that story continues. The team has shown some potential but lacked the firepower and the will to take down Entropiq. On map one, dexter was unable to find his normal impact as he posted just a 55% KAST ratio. On the other side, Forester was getting openings all over the map and stringing together many multi-kills to push Entropiq towards the win.

On map two, Mouz was constantly put in advantageous situations but failed to convert rounds. Out of the 26 rounds, Mouz had 16 first-kills but only converted these rounds at a 60% rate. Their inability to finish led Entropiq to win 16-10 and win the series 2-0.

Half time on Mirage and @Entropiqteam lead 9-6 as they move over to the T-side!#ESLProLeague pic.twitter.com/ntBxeaQ3fj

With ongoing rumors of Brollan's departure, the young star didn't find his way to the server for this tournament. Along with his absence, Krimz and his skillset were absent, leaving Fnatic short-staffed in firepower. For the event, Fnatic has brought in poizon and Banjo. Additionally, the roster is using Peppzor from their academy squad for the event. While Fnatic showed signs of hope through the first two months of Smooya's signing, the roster has not looked the same since, and the story continues in EPL. NIP, without dev1ce, absolutely demolished Fnatic. Fnatic only finished with 11 round wins across the two maps, and no player finished with a positive K/D ratio. The team is certainly hoping for Krimz to return soon to bring some of the star-power before group A ends.