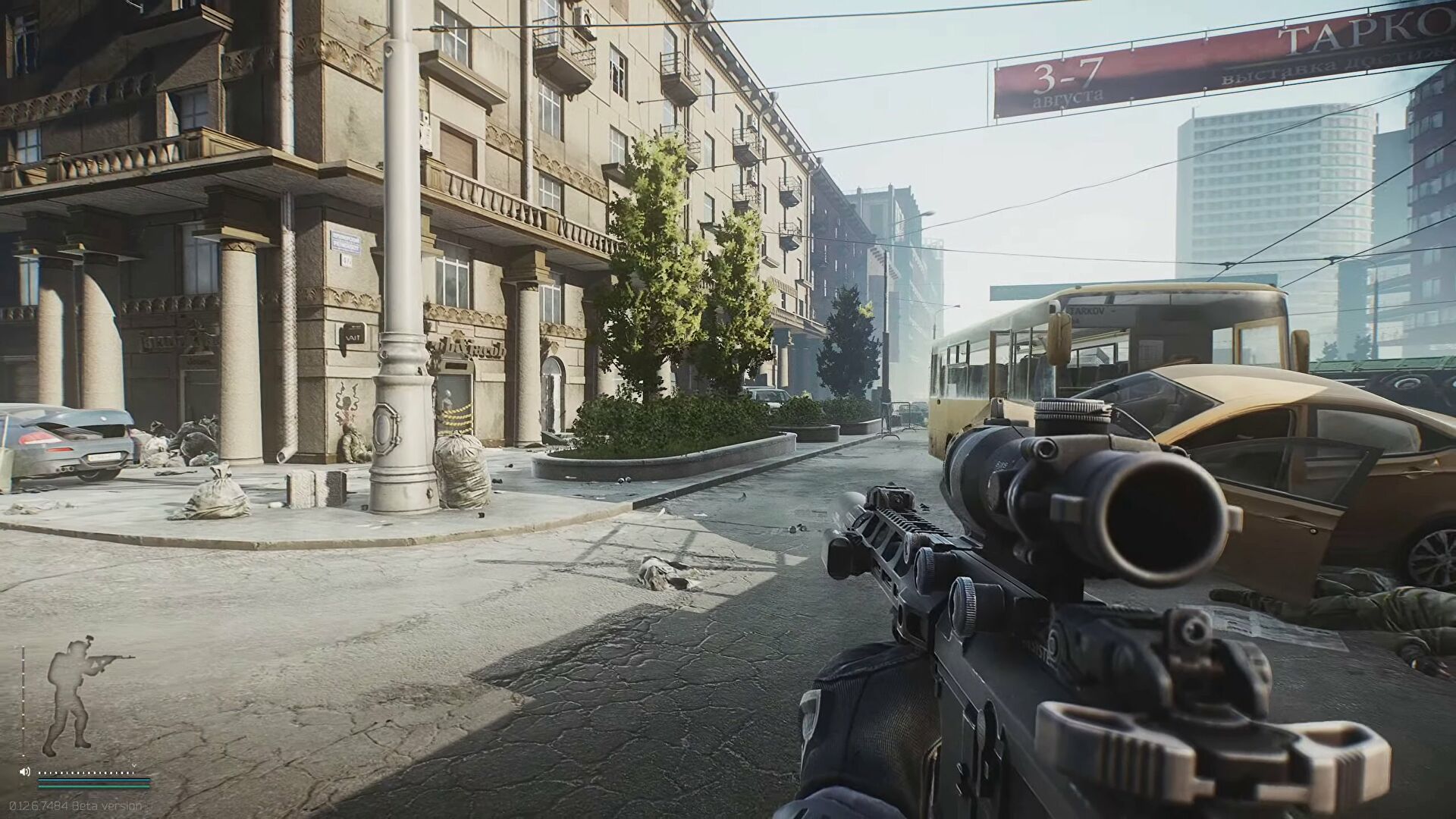 Escape from Tarkov: Everything we know about Streets of Tarkov

On June 13th, 2022, Battlestate games announce their new interactive Escape from Tarkov map, which will go by the name “Streets of Tarkov.”

We haven’t received much information on the map or its release, which has begun to worry the player base.

Maybe it’s the lack of information on the release of the map, or perhaps it’s just the fact the developers want to flex their new map years before it will even release; who knows?

Anyway, this is everything we know about the Streets of Tarkov.

When we say “larger” scale raids, we mean “Enormous scale raids” by the sounds of what the developers want to release. Sources say we can expect up to thirty players in a single raid.

To put things into perspective, the most players able to join a single raid currently is 12. Battlestate games are more than doubling the player quantity within the map Streets of Tarkov. Whoa!

Therefore it’s safe to say that Streets of Tarkov will be the largest map to release within the game. It will be the most ambitious map experience Battlestate Games have worked on since the game’s release.

We can expect to face intense raids with high risks, and with a player cap that high, some significant gangs of people will work together to improve their loot. This is a chads heaven to some, but to most, this is a rat’s paradise, led by the rat king, General Sam.

This is far more interactive than any other maps we currently have. So far, we can use a couple of mounted weapons and occasionally kill overpowered scav bosses.

The trailer shows a group of mercenary NPCs that have access to an armored personnel carrier. This, of course, creates many questions on what we will be able to do with these NPCs, as the trailer shows them being friendly.

Ultimately we know the map will be revolutionary in every possible aspect, and we will be happy we waited so long. Unless Battlestate Games release it unfinished, and it’s awful.

Currently, it is impossible to try and be concise in predicting when Battlestate Games will release the map. They have teased new concepts on top of Streets of Tarkov, such as the Tarkov Arena.

And, of course, we cannot say that Streets of Tarkov will release before the Arena. We have already waited two years, so anything is possible. We just need to be patient and wait for a surprise.

If we were to attempt a prediction, it would be somewhere around the middle of 2023. This is because there has been little information to tease the release or testing of the map.

But a wipe is around the corner at Christmas time. Maybe we will be pleasantly surprised and given the map earlier than expected, or at least public alpha testing for a week as a Christmas gift.