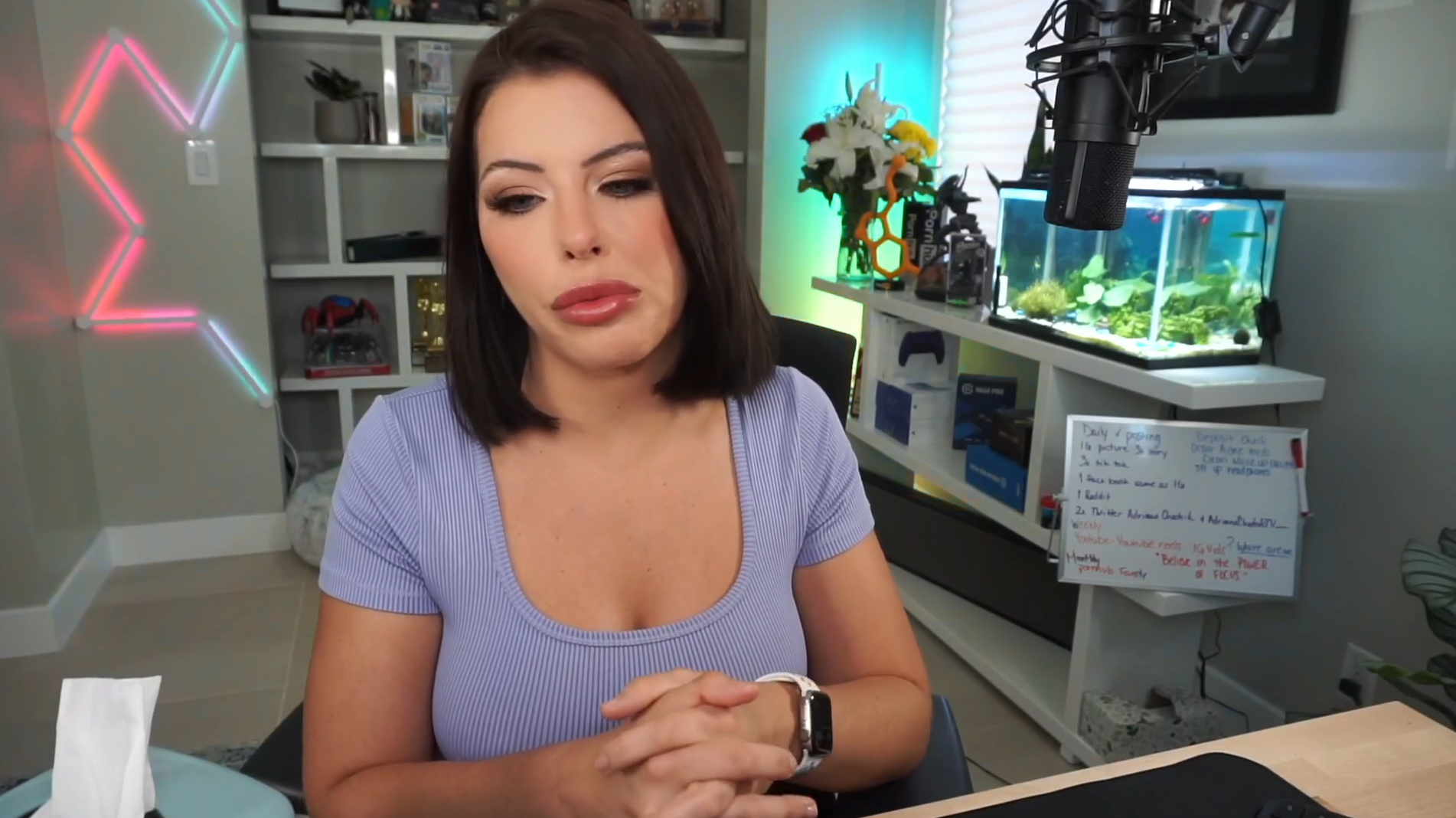 Epic Games in the mix with an adult star? It’s not what I expected, but I can’t say I’m too surprised.

Adriana Chechik has been streaming on Twitch for a while, now, and has grown her following past those who watch her for her adult content.

She was set to take part in a Twitch Rivals Fortnite event but was denied by Epic Games due to her history in the adult industry.

Chechik was clearly emotional about the decision, as you can see from her on-stream response.

The clip – along with Chechik’s Twitter response – started gaining some traction and pushed Epic Games to respond.

The official Fortnite Twitter account replied to Chechik’s tweet, saying that they denied her because of “adult references” in her stream’s background – relating to the rating of Fortnite.

Adriana Chechik didn’t respond but was later banned for wearing a revealing dress on her stream.

She’s back, now, and is clearly able to participate in future Twitch Rivals events from Twitch’s perspective. It remains to be seen whether or not Fortnite will ever accept her into one of their official creator tournaments.