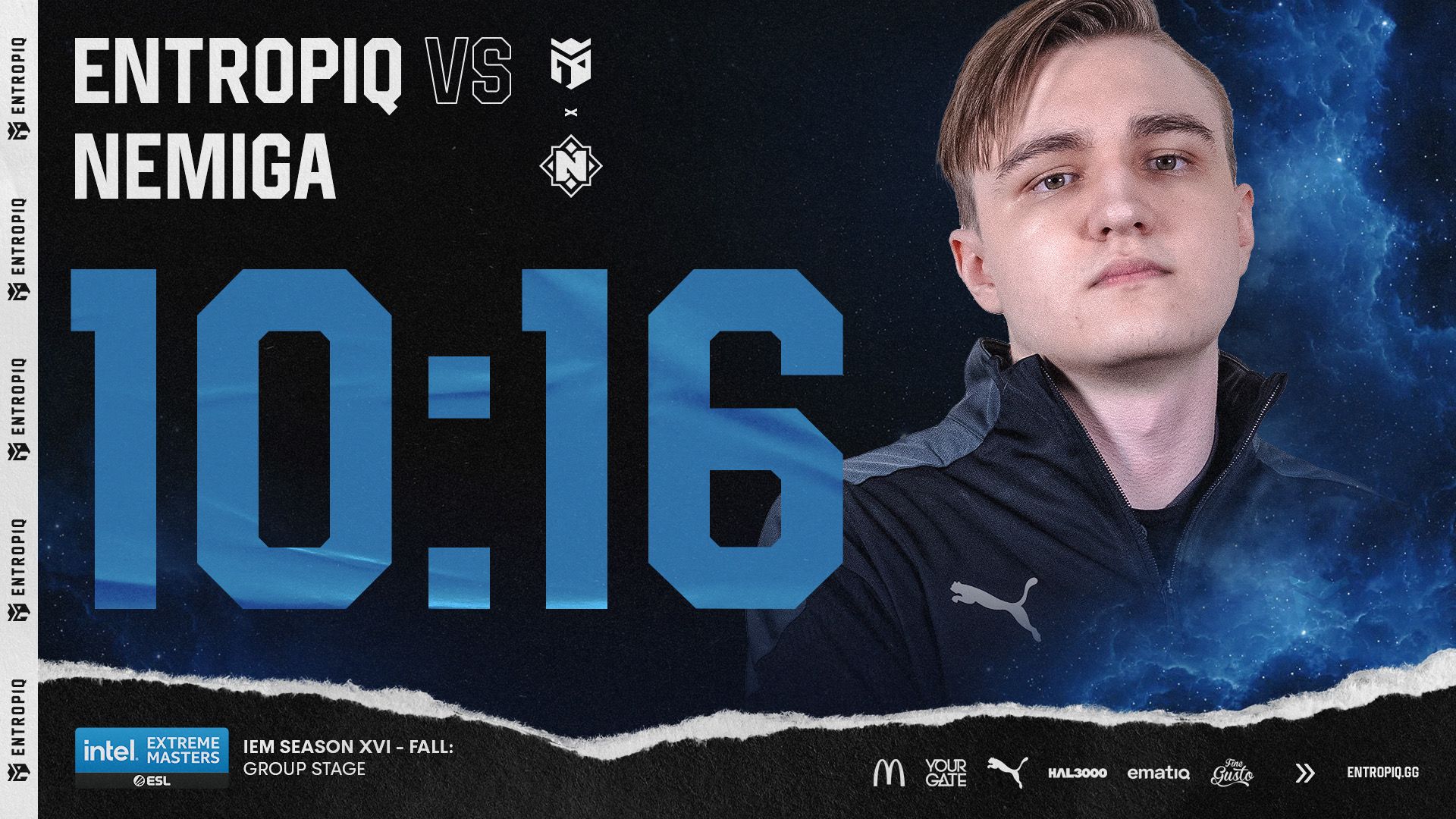 Entropiq through to the Major – IEM Fall CIS group stage

Go on, ask what just happened at IEM Fall.

Nobody can really answer that, but one thing that seems to be certain is that Entropiq are through to the Major, and will be in Stockholm after a wild three-way tie ended with them finishing second, somehow.

A loss earlier in the day to Nemiga had led them here, but Nemiga couldn't get it over the line in the tiebreakers, and take 0 RMR points. Ouch.

Spirit end up in third, but are also qualified thanks to their earlier performances, and NaVi will of course be at the Major, and topped the group.

Thankfully for all of us, Group B was far more simple. Gambit, INDE IRAE and VP all finished on 12 points and will move on to the playoffs.

Of course, it's only simple if you ignore that K23 were incentivised to lose by the format and lost in the 30th round. So, we will.

Gambit and VP picked up huge wins, while Akuma lost again (which almost nobody will be sad about!).

The playoffs beckon, and one spot remains for either K23 or VP at the Major.

mou and AdreN joining Gambit at the Major? Ah, go on then.