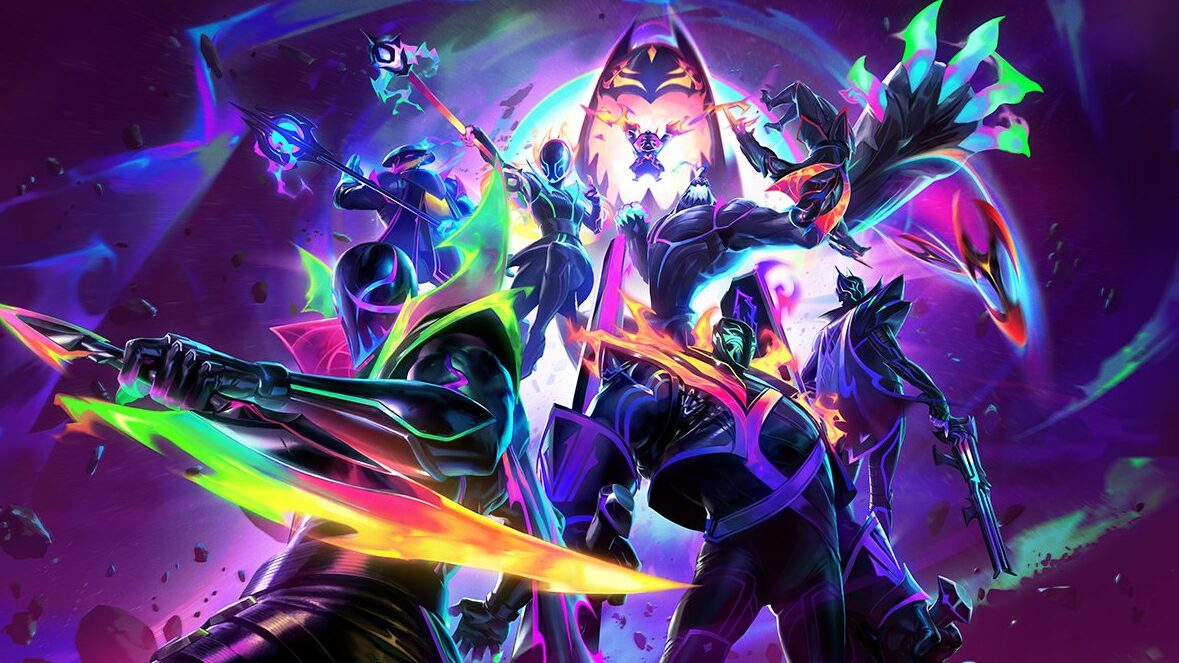 Riot Games is known for its creative and visually impressive skins in League of Legends, but the Empyrean skins are on another level. The next major skin release will showcase eight champions in a completely new way (including new champion K’Sante), and Pyke’s takes the cake.

With new skins dropping almost every patch, there’s a lot to keep an eye on. We will do our best to provide an update on all new skin releases on a single page, starting with the Empyrean line.

The newest addition to the League of Legends skin collection (as of Oct. 18, 2022) will feature eight champions in this first release. Empyrean Pyke is the main character, and he is hunting down other versions of himself across different realms.

All cosmetics feature the most glorifying neon colors, with everything from dark purple to neon green in focus. Besides Pyke, fans will get an Empyrean skin for Jax, Vex, Zac, Zed, Jhin, and K’Sante—whose Prestige Edition skin is co-designed by Lil Nas X.

K’Sante’s first skin AND a Prestige Edition of it? Say no more

Although Pyke is the main character of this release, Empyrean K’Sante will also draw lots of attention. The new champion already looks like a new potential fan favorite, and letting Lil Nas X help out with his Prestige skin won’t diminish that.

The scene for the Empyrean release is set around Pyke and we can all understand why. Riot Games VFX artist Sirhaian gave a thorough sneak peek at the skin and it looks fantastic.

The effects alone make the Empyrean Pyke skin one of the best releases in a long time. There’s a lot to discover in this skin, as different effects will appear especially after he slays an enemy with his ultimate.

On top of that, Riot has outdone itself by giving Pyke a pentakill celebration. When getting a pentakill with Empyrean Pyke, a dark orb will explode on top of the last corpse, spreading a purple plague out on the map.

This is something that we haven’t seen before, but feel free to do MUCH more of this, Riot.

The new Empyrean skins look like fire, but there might be a problem: as fans have already pointed out, there could be potential visual issues with these skins.

Riot previously released skins where the abilities and effects were too hard to read, leading to adjustments and bans in professional play. From the looks of it, this could also be the case for the Empyrean skins, but Riot still has time to avoid it.

The skins will be available on the Public Beta Environment testing, before their scheduled release on November 2 with Patch 12.21.