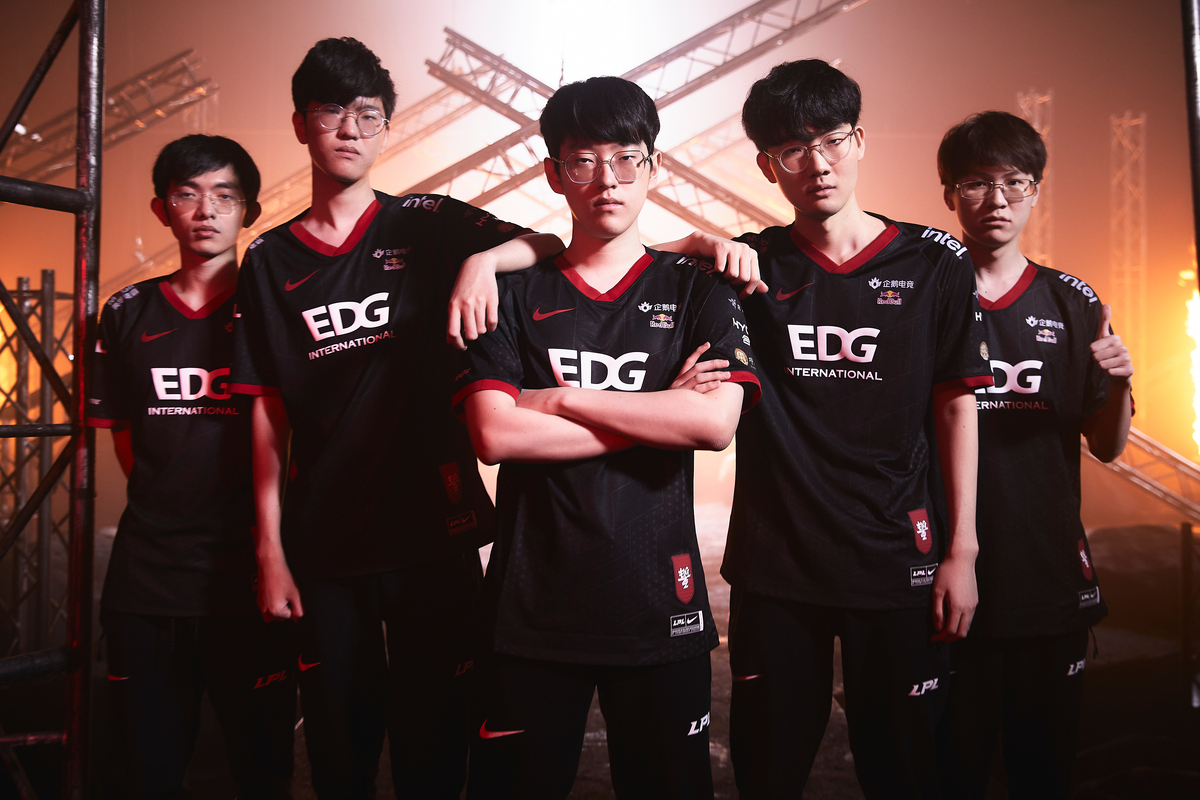 EDward Gaming have eliminated Royal Never Give Up from the 2021 World Championship in a heated five-game series 3-2. With that win, EDG are the sole remaining LPL representative and China’s last hope at Worlds.

THE CURSE IS BROKEN:@EDG_Edward advance to the #Worlds2021 Semifinals! pic.twitter.com/7pua9OtCBz

EDG finally conquered their Worlds demons: for the first time in the organization’s history, they will play in the Worlds semifinals. Until 2021, EDG were always knocked out in either the group stage or the quarterfinals. This is their sixth World Championship appearance.

Despite having a slow start, EDG adapted and neutralized the MSI Champions, RNG. There were a lot of skirmishes throughout the series, particularly in the bot lane as both teams sought to take leads from those positions.

During Game 3, EDG’s jungler, JieJie, stole two Barons in a row, and his actions prevented RNG from building momentum and mounting a comeback.

One of the biggest surprises of the series was Annie's debut in the mid lane as RNG’s mid-laner, Cryin, selected her in Games 2 and 4. Despite the failed first attempt with the champion, she was vital to RNG’s Game 4 victory and earned a ban from EDG in the final game.

EDG's victory over RNG is the second time in League of Legends history that EDG overcame RNG in a Bo5 series. Until then, the record was 10-1 in favor of RNG, the most recent RNG victory coming in the LPL spring semifinals 3-2.

The bout also allowed LPL fans to determine the best team in 2021 once and for all. As RNG prevailed in the spring split, and as EDG lifted the summer trophy, the bout served as an LPL final of sorts. EDG will face the winner of Cloud9 vs Gen.G in the semifinals.