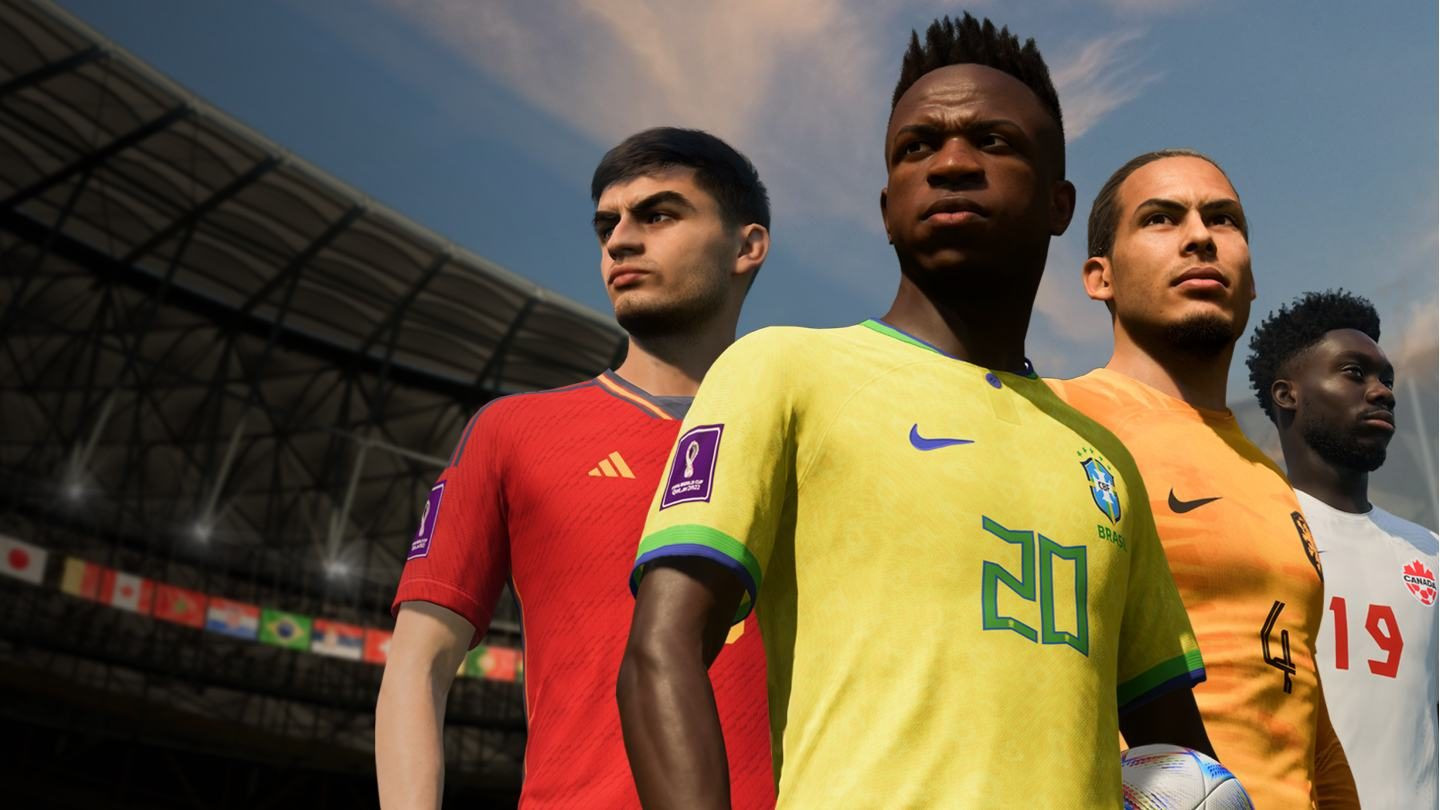 Starting November 9, players will be able to play the FIFA 23 World Cup 2022 update. It is yet another reminder that the biggest international celebration of the game of football is almost among us. And taking advantage of this moment, EA has prepared several game modes related to the event.

The DLC will be available to anyone with the base game: Download the update and access the official tournament mode. In addition to friendly matches and the tournament itself, there will be multiplayer options with content for FIFA Ultimate Team (FUT) on November 11. Also, the new FIFA World Cup Live from EA Sports starts November 23.

Unfortunately, the new update will not be available for Nintendo Switch users. And is this a problem for those who have the option to play Splatoon 3? Could it be? The new features will also arrive on FIFA Mobile Soccer, available for Android and iPhone (iOS).

With this FIFA 23 World Cup 2022 update, users can play World Cup 2022 tournaments in single-player offline or against online opponents. This option will allow you to play as one of the 32 qualified nations in the Knockouts stage. It will also be possible to rearrange groups and play with 15 other popular nations that have not qualified. Italian fans should be happy about that!

In Your FIFA World Cup mode, it will be possible to choose a team and follow it through any moment of the tournament. The Match Day option will provide cosmetic items. Such as stadium decorations, match balls, trophies, World Cup-specific comments, and more.

As previously leaked by EA a few weeks ago, FIFA Ultimate Team will also be getting the magic touch of the FIFA World Cup in Qatar.

Between November 11 and December 23, thirty unique World Cup Heroes and Icons will be available. Users can borrow players from their favorite countries to strengthen their teams temporarily.
“Regular” players can also be earned – most likely for someone willing to spend hundreds of bucks on FIFA Points. You know, considering that drops in FUT are a joke.

Live progression cards will change according to each nation’s progress during the tournament. At the end of the World Cup, the top players will receive permanently enhanced items.

From November 21 through December 18, FIFA World Cup Live mode will be available and updated with data from actual World Cup 2022 matches. Players will also be able to play matches with the same line-up as in the official matches.

The FIFA World Cup in Qatar takes place between November 20 and December 18.