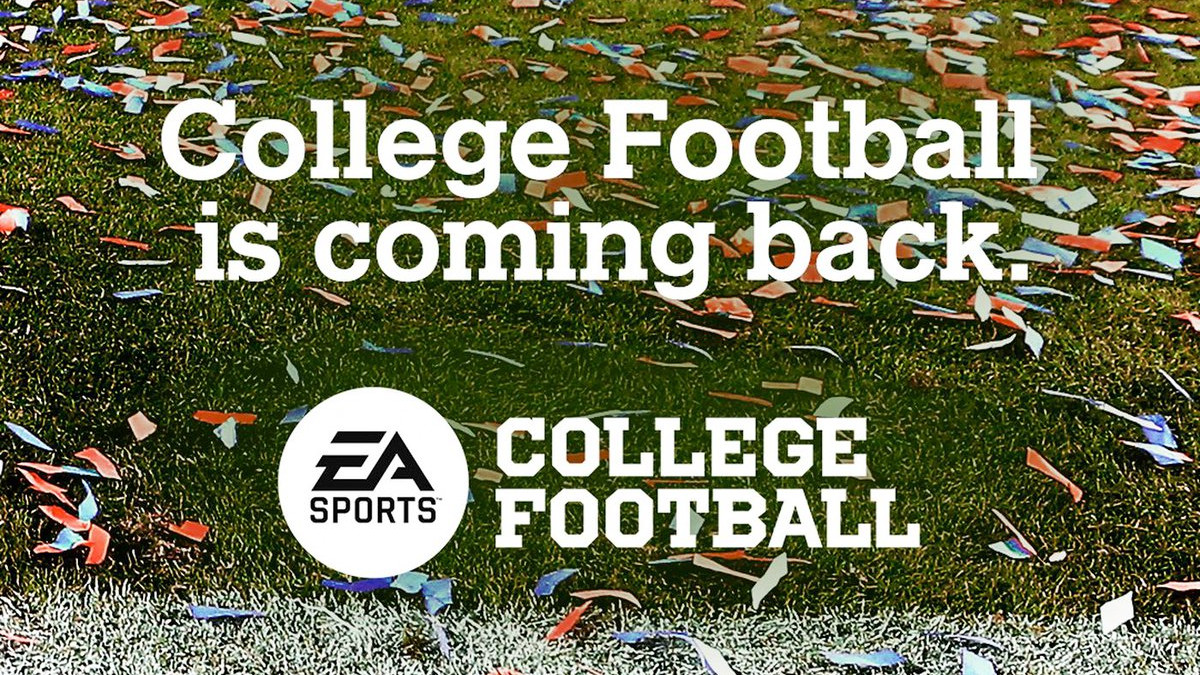 Per a report by journalist Matt Brown, EA Games is expected to announce a delay in releasing their widely anticipated EA Sports College Football title. The game was initially scheduled to be released in the summer of 2023, but will now reportedly release in 2024.

EA, the company behind major sports titles such as FIFA and Madden, has not released a collegiate American Football title since 2013. NCAA Football 14 was a major success for EA, and still has a dedicated fanbase today. However, it marked the final collegiate sports game for EA. Despite the commercial success, legal issues arose around the use of real-life players.

EA announced a return to college football in 2021 with EA Sports College Football. The announcement’s timing coincided with the ratification of NIL, a ground-breaking policy that allowed student-athletes to be compensated during their time in college. Prior to 2021, student-athletes could not receive compensation or financial advantage for participating in collegiate athletics.

However, it appears that EA has run into issues that have delayed the game by a year. According to Brown, who obtained a copy of the statement EA is expected to make, NIL is one of many issues that have contributed to the delay.

Fans have reacted overwhelmingly negatively to the news. EA Sports College Football will be the first college football video game in a decade. Fans have lovingly kept NCAA Football 14 alive, including the release of the major overhaul mod College Football Revamped. However, the community was looking forward to a new, official title.

EA is expected to make the announcement official at 10am Eastern/6pm CEST. This report will be updated to reflect the contents of the official announcement.