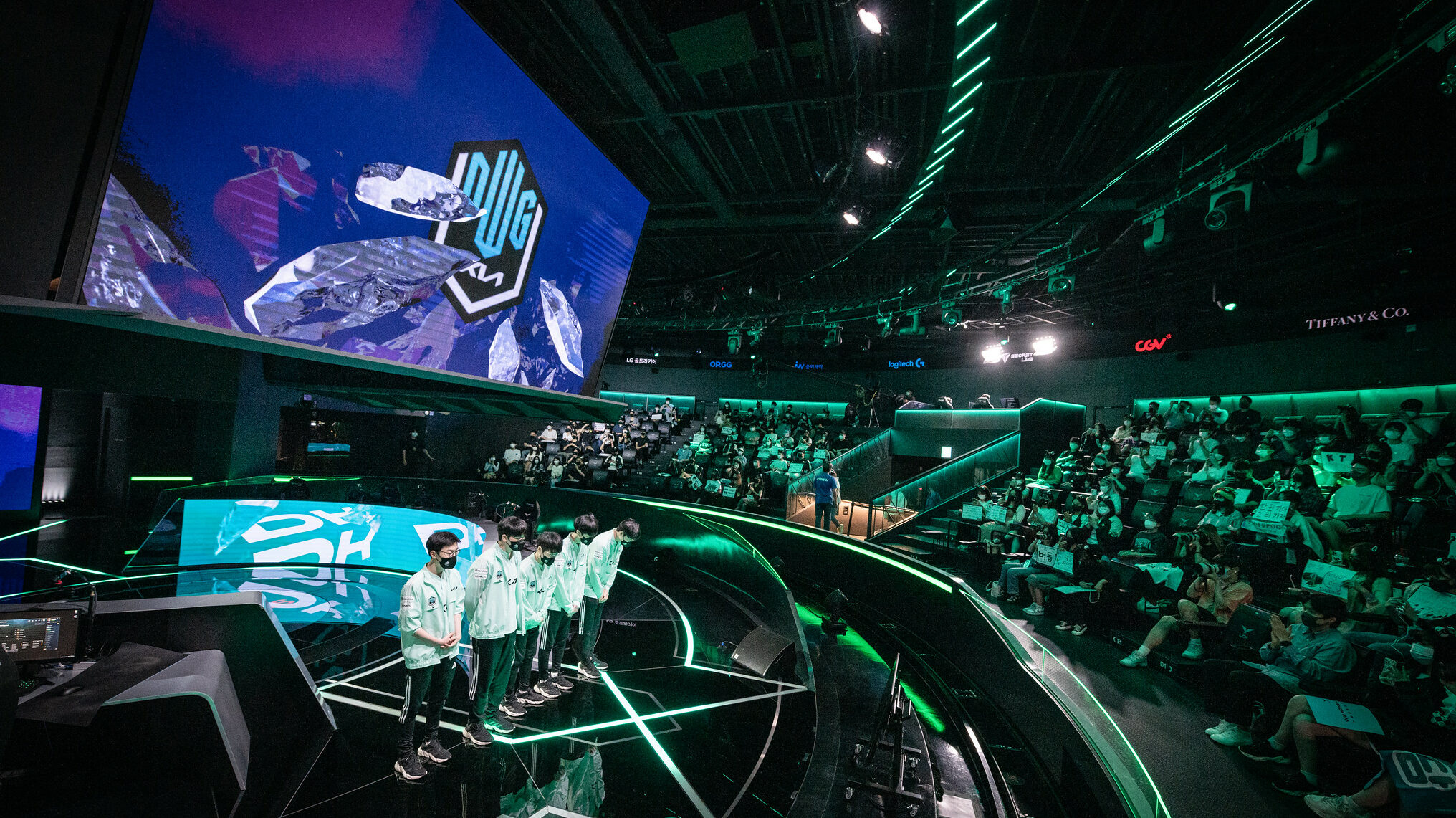 The “truck meta” in South Korea continues, as unknown fans of DWG KIA have sent a truck to the team’s headquarters with a message to LCK head coach Yang “Daeny” Dae-in.

Hardcore fans of the biggest LCK teams have been sending out trucks to get their angry messages across for a while. Usually targeting a team’s coaching staff, messages include complaints about the team’s recent performances. This has happened to T1 in the past; now, it’s DWG KIA’s turn.

The drama around DWG KIA has been going on for a while after fans of the team released a statement demanding Daeny’s resignation. The fans also called for better communication with the fans, which is clearly still a problem for some.

Although certain fans want DWG KIA to take the team in a different direction, nothing indicates that Daeny will be losing his job.

DWG KIA has indeed been a little inconsistent this season, but the recent showing in the 2022 LCK Summer Split playoffs should bring some optimism to fans. The team beat KT Rolster in a five-game thriller followed up by pushing T1 to its limits in the semifinal.

Unfortunately, T1 took the series home 3-2 and sent DWG KIA out of playoff contention, with Nuguri notably absent from Game 5. DWG KIA will fight in the regional finals for the last LCK spots at Worlds, where they will have to take out Liiv SANDBOX. If that doesn’t happen, DWG KIA should expect more trucks pulling up in their driveway.

The truck meta became a meme in the West

Despite how seriously some of these LCK fans take things in South Korea, the whole truck concept has turned into a meme in the West.

Now casually referred to as the “truck meta,” angry fans will continue spreading their message via trucks. We have seen several extreme fanbases do it now, and it has remained pretty harmless. The trucks are a much better tool than sending weapons or other crazy stuff to team headquarters.

At this point, one has to question how these LCK fans will get their messages across during the 2022 World Championship. This tournament is held in the United States, so fans must be creative. However, Reddit might already have the answer, so let’s see where it goes. Just don’t hire blimps or planes, alright?

DWG KIA is set to play for the LCK’s third seed at Worlds on Thursday, September 1, against Liiv SANDBOX. A loss there would send them into a fourth-seed decider game and endanger their prospects at 2022 Worlds glory.