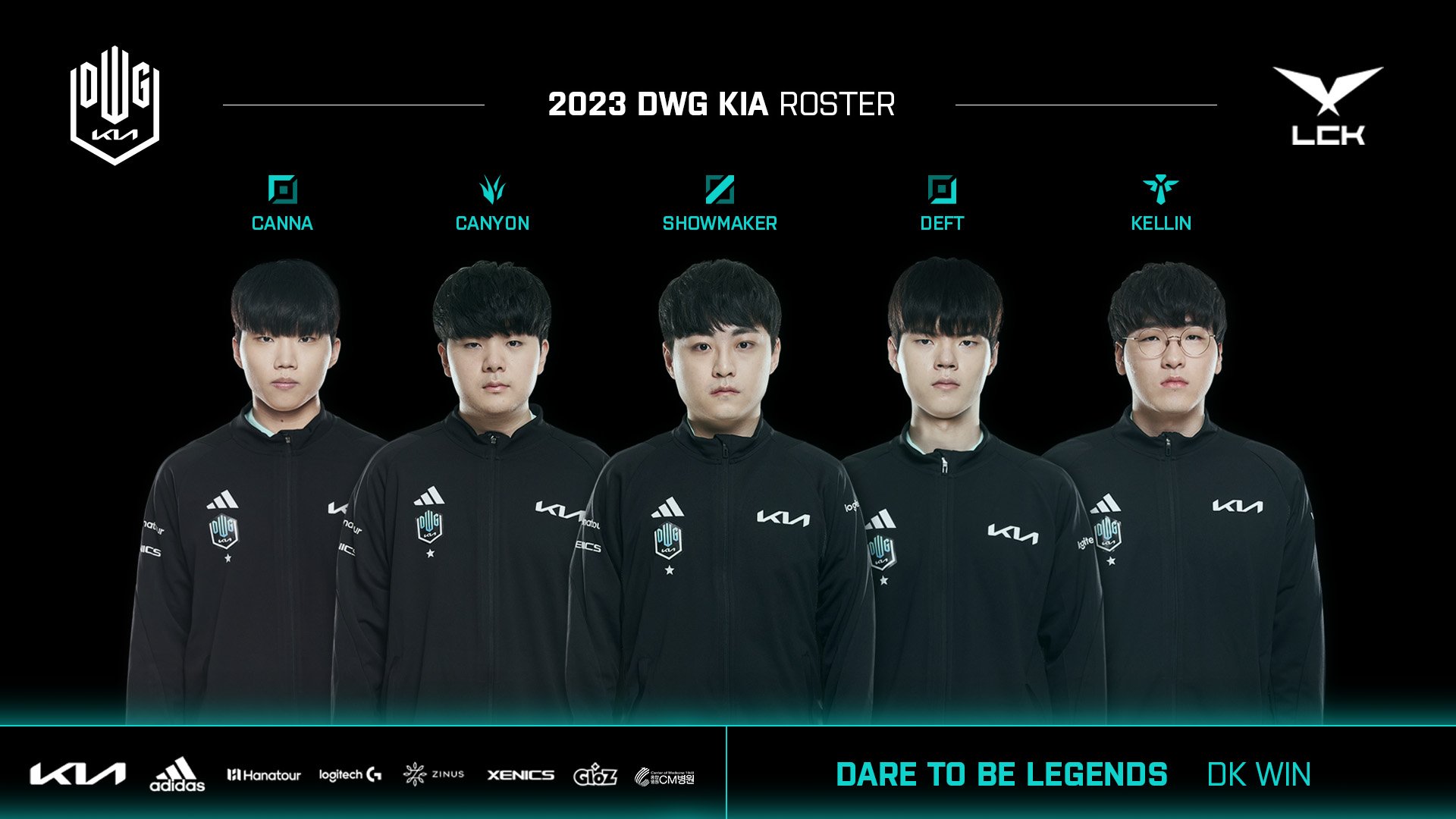 DWG KIA have become one of the first teams to announce their lineup for the 2023 League of Legends season. The three-time LCK champions and 2020 World champions retooled their team, bringing in a new top laner and AD Carry.

A disappointing 2022 season ended in the quarterfinals of Worlds for DWG KIA, prompting the Korean team to tweak their lineup for 2023. They retained three members of the starting lineup, but released AD Carry Seo “deokdam” Dae-gil and allowed top laner Jang “Nuguri” Ha-gwon to test free agency.

In the place of Nuguri, DWG KIA added Kim “Canna” Chang-dong. The 22-year-old began his career with T1 in 2019 but spent the 2022 season on a Nongshim RedForce side that failed to live up to their breakout 2021 campaign. To replace deokdam, DWG KIA made a major splash by acquiring veteran Kim “Deft” Hyuk-kyu. The 26-year-old is arguably the most popular League of Legends player in the world this free agency after his Cinderella run with DRX to the 2022 World Championship title. After confirming his return for 2023, he will now play alongside one of the best jungle-mid duos in the world.

While not replacing too many positions, DWG KIA were careful to build around franchise jungler Kim “Canyon” Geon-bu and longtime mid laner Heo “ShowMaker” Su. The pair serve as the heart and soul of DWG KIA while also representing elite talent at their respective positions.

Can DWG KIA be champions again?

Once considered world-beaters, DWG KIA ceded control of the LCK to T1 and Gen.G in 2022. With many of the league’s teams undergoing major renovations, DWG KIA’s distinctly veteran roster could serve as the catalyst for renewed success for the team. However, they will have to contend with an unchanged T1 side, as well as a reported superteam being built at Hanwha Life Esports. However, DWG KIA’s new roster will debut as a team in the title race come the start of the 2023 season.