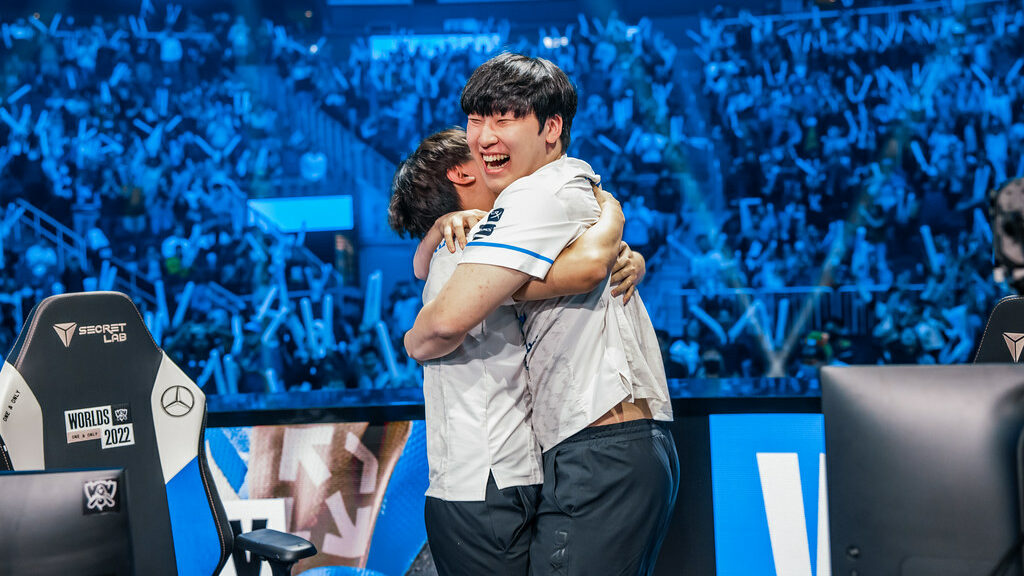 DRX are one step away from glory

Zeka: “The whole journey is like a TV series with a great story. The finals will be our finale.”

DRX and Kim “Zeka” Geon-woo are living the dream during Worlds 2022. After taking down Gen.G in the semifinals, DRX qualified for their first Worlds final in history.

Undeniably, DRX’s miracle run has to be one, if not the best, underdog story in the history of League of Legends. It’s giving Albus NoX Luna 2016 vibes, but this time, the fairytale did not strand in the quarterfinals. Zeka is the talk of the town, and he is showing merciless performances during Worlds 2022.

Notably, it’s only the first time Zeka has played on the international stage. He started his career in 2019 on KT Academy and spent two years in the LPL between 2020 and 2021.

In 2022, Zeka returned to South Korea with DRX and barely even made Worlds. However, what he does now is unseen in the competition’s history. Zeka defies expectations, and the community is amazed at his excellence throughout Worlds 2022. Any mid laner on his road to glory has been heavily outperformed so far.

It’s as if we are in a movie, and Zeka is the main protagonist on a mission to prove people wrong.

Following DRX’s victory over Gen.G, the teams spoke to the media via press conferences. Regarding Zeka’s feelings after qualifying for the finals, the player gave the following response:

“It still feels so surreal that actually I won today. I’m so thrilled. The whole journey of DRX is like a drama, you know? It’s like a TV series with a great story, and I don’t think our finale has happened yet. The finals will be our finale.

Only one obstacle remains in front of DRX and Zeka for the 2022 World Championship. It’s the uprising team of T1 that is hungry for success and Faker, who is on a mission to reclaim his throne.

However, Zeka and DRX showed us that nothing is impossible in life. Being considered an underdog, the team was able to eliminate the World Champion, EDG, and the favorite for the trophy, Gen.G.

The most important game in DRX’s history lies ahead and will be against the greatest team in League of Legends history – T1. For the last time this year, DRX will be an underdog with the stakes as high as ever: The 2022 World Championship.

For some, this could be the one and final opportunity ever, especially for Kim “Deft” Hyuk-kyu, who has been hinting at a possible retirement.

Even the scriptwriters couldn’t have written it better. The uprising start (Zeka) will have to face the most renowned player in the game’s history (Faker). To be the best, you have to beat the best.