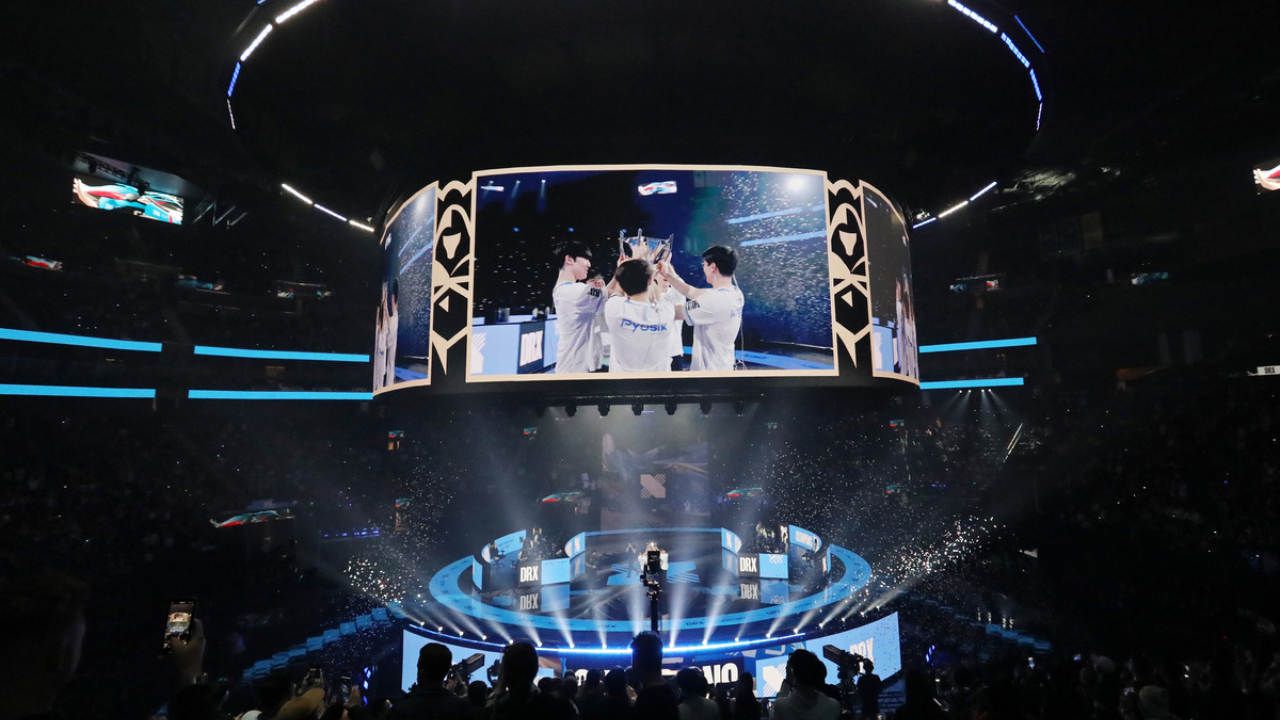 DRX are 2022 League of Legends World champions! In the craziest Worlds final ever, they took down heavily favored T1 3-2. In a crowd-packed Chase Center in San Francisco, DRX completed their incredible Cinderella story and raised the Summoner’s Cup.

DRX won against all odds

LCK’s fourth seed exceeded all expectations by going all the way. No one believed this team was capable of reaching these heights after they barely qualified for Worlds and started their journey in Play-ins.

Despite knocking out reigning Worlds champions EDG in the quarterfinals, and LCK champions Gen.G in the semis, DRX was still a massive underdog vs. T1. Yet, they pushed through and took down T1 and the “unkillable demon king.”

“The last dance” ended with Kim “Deft” Hyuk-kyu raising the Summoner’s Cup and finally taking down Lee “Faker” Sang-hyeok. Almost ten years ago, they started their professional LoL careers from the same high school, and today they clashed in the Worlds finals. After years of being in Faker’s shadow, Deft finally conquered his “final demon.” The script couldn’t have been more poetic.

On the other hand, Faker lost the Worlds final for the second time in his fifth career appearance. Still, T1 had a fantastic Worlds 2022 run after a drop in form towards the end of the Summer split. This roster is still very young and has a lot of potential. No doubt Faker will come back stronger and try again for number four.

DRX vs. T1 will likely go down in LoL esports history as the best Worlds Grand final series. Two teams were going back and forth in five incredibly intense games. Game five was especially intense, as T1 had a great chance to seal the deal with a stolen Baron. However, DRX weathered the storm and secured the victory after an Elder drake fight 41 minutes into the game.

The teams went “blow for blow” for the first four games, as the blue side teams took victories. Finally, DRX broke the cycle in Game five and won the only red-sided game in the series. Long games, throws, crazy Baron steals, and more. This series had it all and was worthy of the Worlds final.

The player that perhaps surprised the most on DRX was Hwang “Kingen” Seong-hoon. He played out of his mind throughout the series, especially on Aatrox in games four and five. Kingen’s masterclass performance earned him the Finals MVP award. He proved many doubters wrong, as he was often labeled as DRX’s weak link.

This series was the cherry on top of a fantastic tournament. Despite having a lot of bugs and other issues, it will go down as one of the best in LoL history. The meta was versatile and fun to watch, the games were very exciting, and the storyline couldn’t get any better.