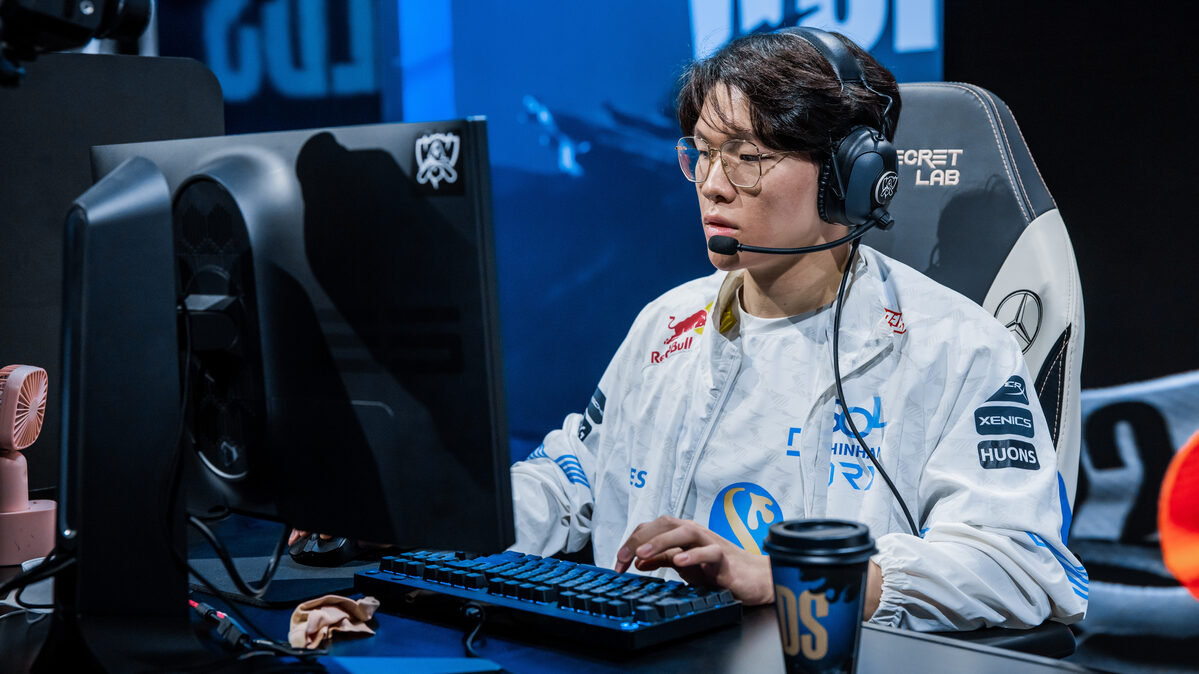 There is no 'gap'

The LCK’s fourth seed, DRX, and Hwang “Kingen” Seong-hoon have already played two games against teams from the LPL at Worlds 2022. The first win came against Royal Never Give Up during the Play-in stage of the tournament, and the second one was against Top Esports from the Worlds 2022 Group stage.

With a more controlled playstyle in recent games, DRX and Kingen are in a comfortable position to advance further at Worlds 2022. Although the team’s inconsistency has vanished, DRX has at least three more games to play before it can qualify from Group C on Oct. 15.

After DRX’s victory over Top Esports on Worlds 2022’s Day 2, Jaxon interviewed top laner Kingen on various topics, including the differences between the LPL and LCK and the team’s adaptation to the tournament.

On DRX’s game against the LPL’s Top Esports

Jaxon: Congratulations on the victory against Top Esports. What do you think was the difference maker in that game and did you expect such a one-sided victory?

DRX Kingen: I didn’t expect such a one-sided victory, in fact, I expected a more back-and-forth game. DRX was able to block out what the enemy team wanted throughout the game. They became frustrated and started making mistakes. This is why it looked like the game was one-sided.

Jaxon: Do you think the play-ins played a big role in your adaptation to the tournament?

DRX Kingen: Because we had to start our games early with the Play-ins, we received more opportunities to become stricter with ourselves. The Play-in matches actually had a big effect on the team.

Kingen talks about the Worlds meta and Gnar

Jaxon: Given the current meta, what would you say you are more comfortable on playing in the top lane, tanks or carries?

DRX Kingen: It’s hard to say what picks are better, but for me, I like to play more damage-carry roles where I have more freedom and opportunity for playmaking.

Jaxon: Gnar was your most-played champion in the summer split. Were you surprised at Top Esports allowing you that pick?

DRX Kingen: I didn’t prepare much in regards to playing Gnar and didn’t give too much thought about it. The champion was open until the end of the draft, I was debating whether I wanted to play a tank or something like Gnar and ended up choosing him.

Jaxon: You’ve played in both the LPL and the LCK. What would you say are the biggest differences between both regions in terms of their approach to the game?

DRX Kingen: In the past, the stereotype was that LCK followed more of a traditional manual in terms of the approach of the game. On the other hand, LPL focused more on picking fights and making those cracked plays. As time passes, I feel like the LPL & LCK are becoming more similar in styles, so I am not sure about the differences. All I know is that both regions are getting significantly better.

Jaxon: Your group is shaping up as a three-team race. Aside from you, which one from RGE and TES would you say has a higher chance of advancing?

DRX Kingen: We only played two games, and it’s a bit too early to say. Looking at how the teams played so far, I think TES has a higher chance, but then again, it’s too early in the group stage to say who is better.

Jaxon: If DRX advances to the next stage, which team would you like to meet in the quarterfinals? Is there also a specific top laner you would like to meet at Worlds 2022?

DRX Kingen: I haven’t given too much thought about it, because something like that will pop up eventually when I become more skilled as a player. When I feel like I have to definitely play against someone like this. For now, it’s more of a fight with myself with improving.

How Kingen came up with his IGN

Jaxon: The last question is more of a personal one. How did your come up with your IGN (In-game name) for League of Legends?

DRX Kingen: It originated when I was in high school. I went to a gaming high school where the focus is to train students to become professional gamers. There was a coach and he told me that I have to come up with a name if I am going to become a professional player.

I was not that good at coming up with a name so the coach suggested that we go for something like “Kingen”. It was a short name and also added a strong vibe to it. Also, I believe it had a meaning in Japanese leaning towards “big and mighty”, that kind of feeling into it. That’s why I picked “Kingen”.