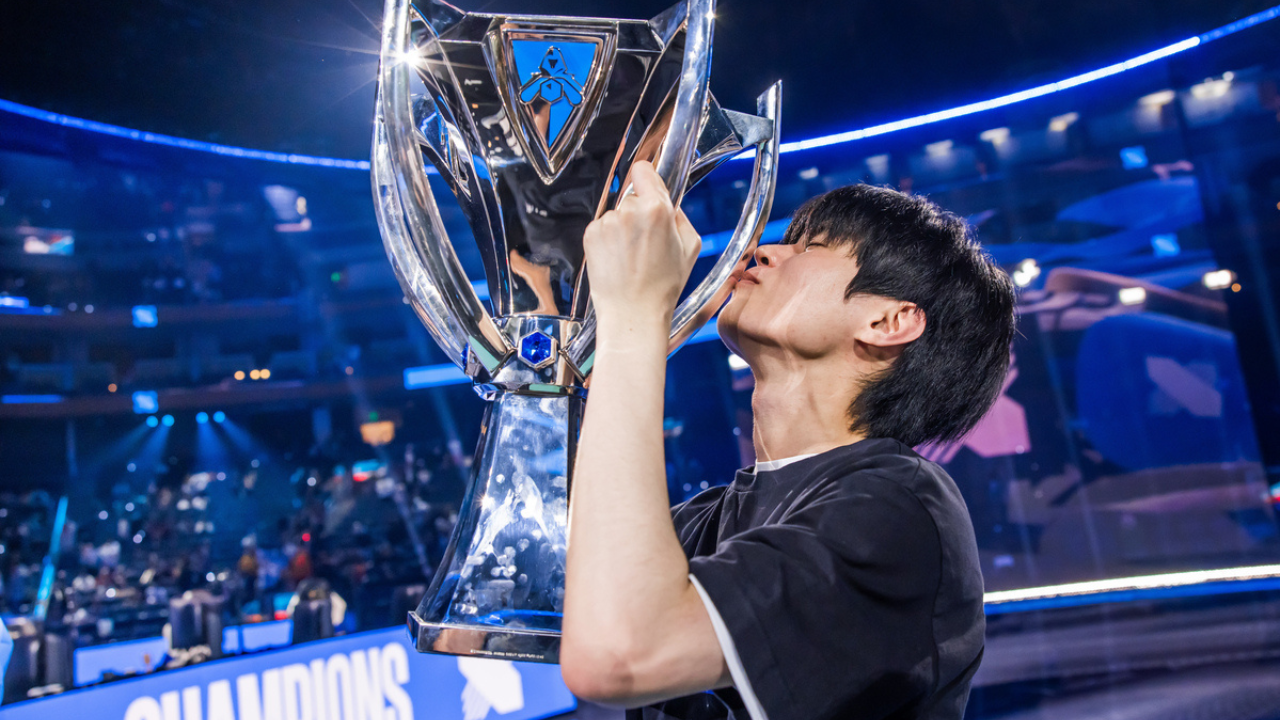 DRX Deft gets emotional after winning Worlds 2022 title: “I didn’t want to give up”

After taking down T1 in the 2022 Worlds Grand final, DRX’s veteran AD Carry Kim “Deft” Hyuk-kyu got emotional in a post-game interview. The Cinderella story ended with Deft raising the Summoner’s Cup against all odds.

Deft: “Every single night I’ve been dreaming about winning the World championship”

In the post-game interview on stage, Deft couldn’t hold back tears of joy. The 26-year-old dreamed about that moment for almost ten years, and it finally came true.

“First of all, apologies to everyone because I’m too old to cry like this, but I’m really overwhelmed right now. Ever since my debut, every single night I’ve been dreaming about winning the World championship. Going to the finals and winning the last match. It was only a dream. Now I made it, and I’m so happy right now.”

Deft spoke about his desire to be the best player in the world and his wish to say that after winning Worlds one day. Yet, when that day came, he realized the “power of friendship” is much more important:

“There was one thing that I wanted to say once I got up to the stage after winning Worlds finals, which was: I’m the best player in the world. But today, I got to realize myself being the best player doesn’t matter. It’s about our team being the best in the world, and today we were the best team. I want to say thank you to all the players, coaching staff, everyone working for DRX, and all the fans out there.”

Finally, Deft reflected on his dedication and belief in what he does. He is a living example that anything is possible if you keep fighting to reach your goals and don’t give up:

“I knew my best talent was League of Legends, and if I cannot be the best player in the world playing League, I was telling myself I will not find any success in my life, and I didn’t want to give up.”

Later on, Deft spoke about DRX getting a lot of fans during the Worlds run during the post-match press conference. After all, they are an extremely likable set of players, and their story is incredibly inspiring. You can’t not cheer for them.

“We started our Worlds run in Mexico, and we were not expecting to see our fans. We were questioning whether we are going to have any fans out there. It turned out we were having a lot of fans supporting us, so we were absolutely able to get a good start over there. And as time went by and the more games we played, the more fans we gained, so we are also very proud cause we usually didn’t get many fans,” Deft concluded.