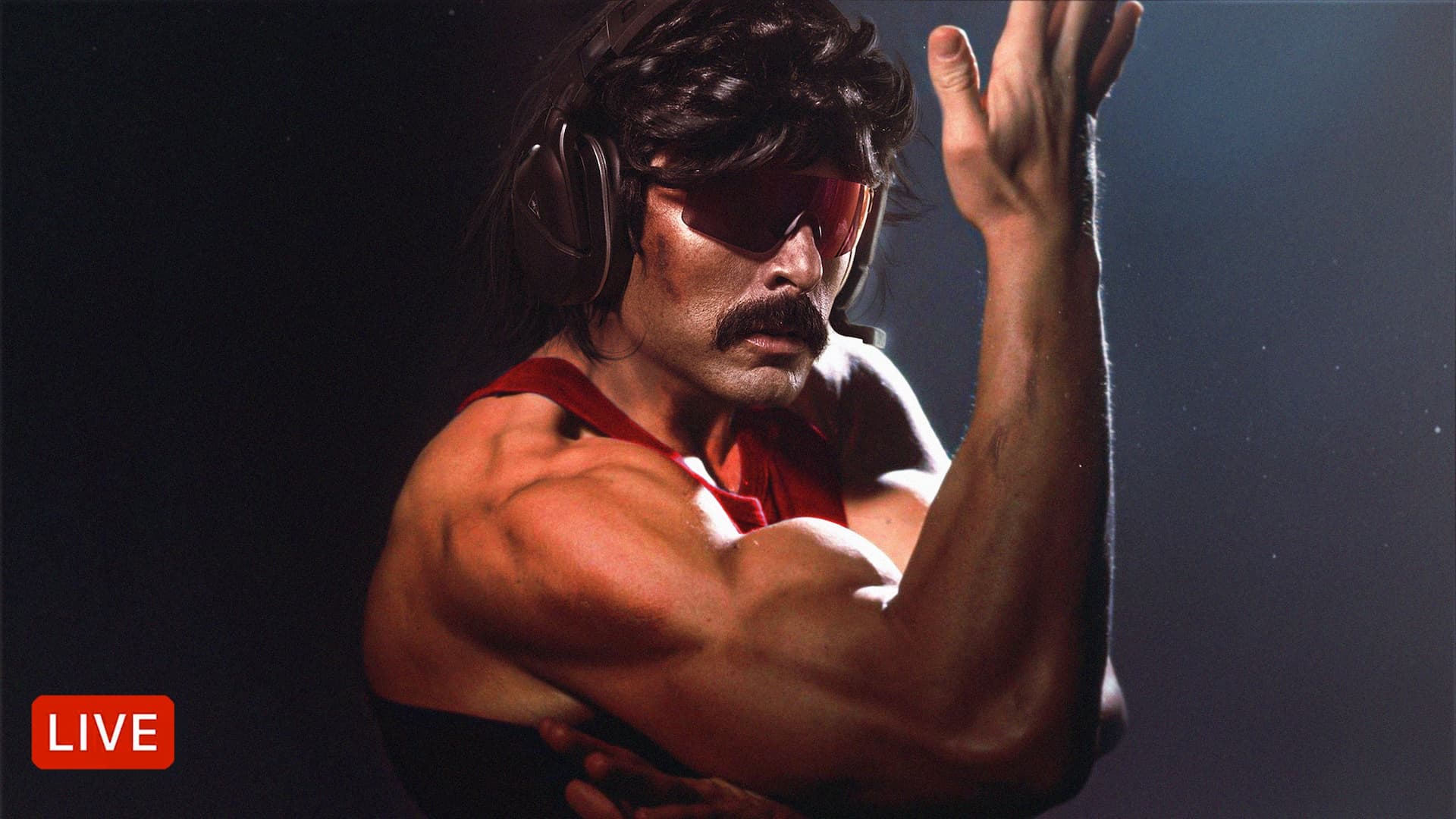 If you’re an avid Twitch user, you know the platform is borderline imploding. Numerous reasons have caused the streaming platform to go wild, and here’s a few:

Those are just a few issues Twitch has seen this week, and it’s only Thursday.

Plenty of big names had words to say including the Two-Time Champion himself, Dr Disrespect.

If you’re reading this, we’re pretty sure most of you know by now; but for the uninformed, the Doc and Twitch have a long history. After the Doc left his game design days behind, he took to embracing his persona and live streaming.

The Doc was a powerhouse on Twitch drawing in large crowds of viewers. His streams with TimTheTatman and Shroud were legendary.

Everything came crashing down when he was permanently banned from Twitch back in June 2020. Not to mention, he previously signed a fat deal with the streaming platform.

Flash forward to 2022, nobody knows why he was banned. He streams on YouTube currently, and he stays very active in farming impressions when it comes to those who’ve slighted him.

Of course, that Fortnite guy managed to divert attention his way.

Again, nobody knows what happened between the Doc and Twitch. However, he must be loving the fireworks.

Those impressions don’t farm themselves.

Dr Disrespect and those who've slighted him, name a more iconic duo.