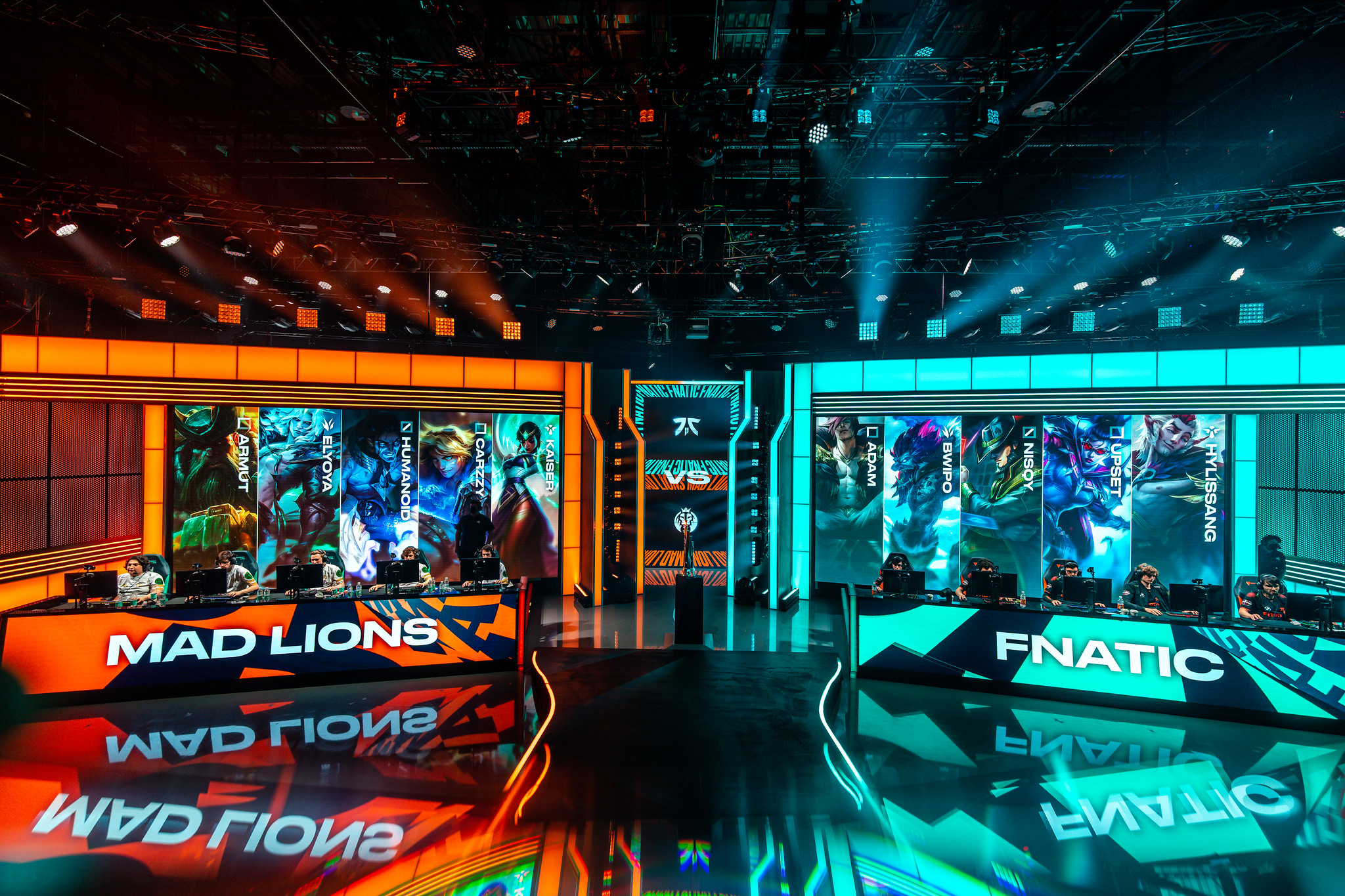 Although Fnatic showed the same levels of aggression as they did during their scorching lower bracket run, MAD Lions dissected their drafts in Games 1 and 3 with methodical mid-to-late game compositions, and with a pick comp in Game 4.

MAD Lions struck first as they foiled Fnatic’s draft—one that was designed to counter MAD’s in lane. Despite playing Ryze against Cassiopeia, Humanoid thrived and propelled his team to victory through key Realm Warps and Teleport flanks. With the team also securing a mild top advantage through Armut’s Gnar, they converted successful teamfights into objectives, then the victory.

However, Fnatic flipped the switch in Game 2 through a creative Level 1 pathing. The bounties, that they gathered from the early kills, helped them accelerate the game to a nearly unsalvageable state.

Yet, MAD Lions did not relent, and they nearly came recovered a 10k gold deficit—until Nisqy’s Twisted Fate struck gold when his pick on Carzzy’s Ezreal kickstarted Upset’s triple kill on Vayne—and the nexus after 30 minutes of action.

We fall at the last hurdle.

A role-swapped Jungler. A rookie on top. Against the odds, we climbed the mountain. And we’re immensely proud of the teams' journey and their successes all split.

Our LEC journey comes to an end, but a new one begins. See you at Worlds. pic.twitter.com/Ib7D9E7HUQ

But it was not meant to last, as MAD Lions leveraged a kite-heavy composition to score a predictable victory in Game 3. Indeed, as an aggressive Fnatic was unable to control team fights, they helplessly watched as Armut’s Gangplank barreled through Fnatic’s sitting ducks from the mid game onward.

With their backs against the wall, Fnatic picked a teamfight-heavy composition, but MAD Lions unleashed heavy skirmishes and punished their weak side, the top lane. As Armut’s Renekton and Elyoya’s Viego neutralized Adam’s Mordekaiser, they snowballed their lead to 3k gold at the 8:30 mark.

Despite that, Fnatic fought back through skirmishes in the bot lane, until they couldn’t. In the 21-minute mark, MAD isolated Nisqy’s Irelia, then the remainder of Fnatic’s champions. As they disabled Fnatic’s engage tools and won subsequent fights, they marched towards their second LEC title in a row after 30 minutes of action.

MAD Lions advance to Worlds as Europe’s top seed and will not draw DWG KIA or other major region title winners in their group. As for Fnatic, their Pool 2 predicament leaves them vulnerable to such an eventuality. Fnatic won against Rogue on Aug. 28, pushing Rogue to the play-in rounds.