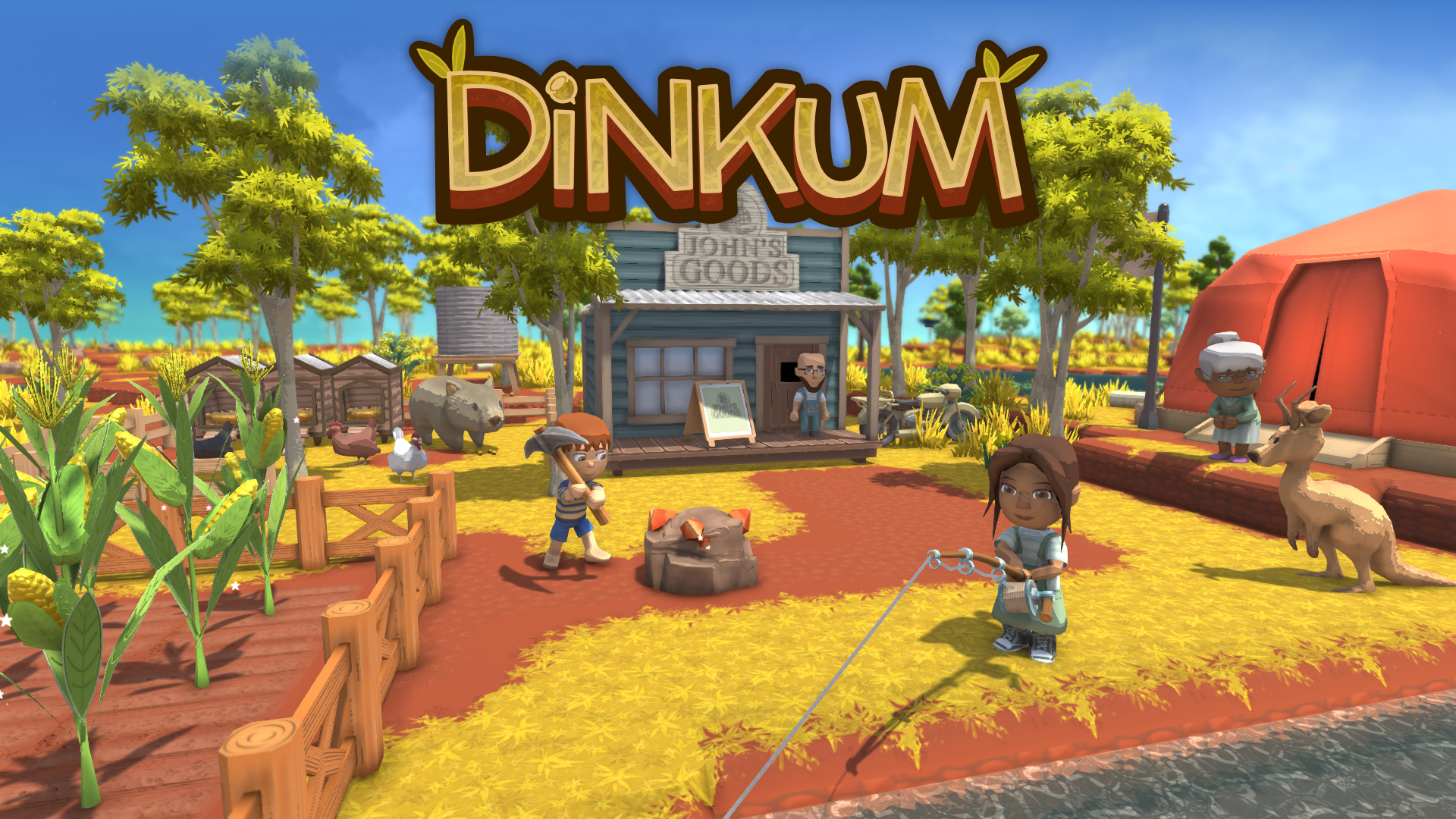 Dinkum has been released less than a week ago and has already garnered more than 1000 reviews on steam, with 95% positive.

The project is an impressive achievement. James Bendon, the solo-developer working on Dinkum, has created this indie gem which is already being compared to the likes of Stardew Valley and Animal Crossing.

To be honest, that is exactly what it looks like, but with an interesting setting twist. This is how the Steam description puts it:

“Get ready to start a new fair Dinkum life and build a home on an Island inspired by the wild Australian outback.”

Dinkum boasts a large variety of lands and a lot of different activities to do. You can hunt, fish, gather, craft, build, and customize. This will be familiar territory to players who are fans of the genre, but the variety and overall content on display make it stand well on its own.

The villager system from AC is here, but the core gameplay is much more focused on the Stardew Valley approach.

You grind resources to build your own little paradise in the middle of nowhere. You are in Australia though, so wildlife danger awaits at every corner if you feel like hunting.

Co-op is a big plus. Its implementation also seems to be much deeper and more versatile than that of Animal Crossing.

A lot of AC content creators are already diving deep into Dinkum and giving it high praise. Seems like, despite the very recent Early Access release, the game already offers plenty of content for a very reasonable price.

You can get it now on Steam for 15,11€ (16,78€ from July 21st onward) and see for yourself what James Bendon’s creation has in store. Seems like the one-man passion project is being loved by a lot of people, and the Early Access release is just the start of the journey.

And yes, you can obviously pet the animals.

I don't think I'd voluntarily pet a shark.